Home > Education > In 2020, We Must Demand a Black Education Agenda

In 2020, We Must Demand a Black Education Agenda 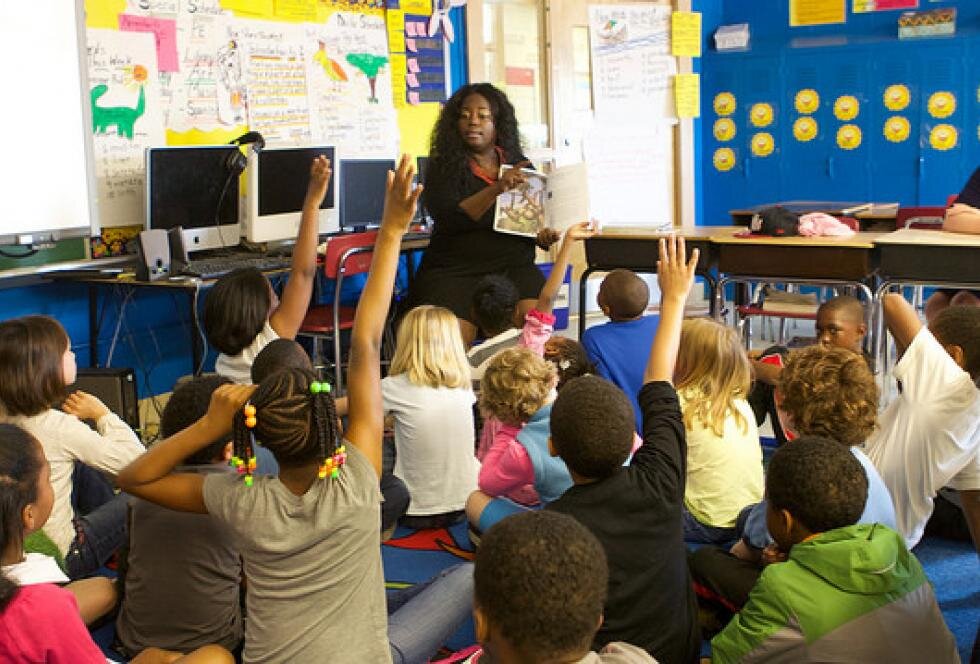 By: Christina Laster, The Root

As a black woman, mother and grandmother, the words I want to hear from presidential candidates on “public education” are this: How do we innovate for, build true academic progress around and save trapped black students from dysfunctional education systems?

Instead, what I’ve heard as candidates discuss education on the campaign trail—like what they did last month during a major forum on the topic—is that Democratic presidential “hopefuls” are eager to just carry out business as usual.

Now, here we are in 2020, and there are still few signs the “leaders” of the education conversation are really prioritizing it. Amid all the ambitious talk of wealth tax increases, funding formula fixes, teacher and para-educator pay increases, student debt loan reductions, fully funded IDEA, Title I tripling, universal pre-K, and CTE pathways, we haven’t yet heard candidates share a plan that eliminates present inequities and race-based disparities. We have learned, however, that candidates are paying little attention to black children, K through 12, trapped inside toxic buildings, school-to-prison pipelines and worsening achievement gaps—with no plans to remedy that list and more anytime soon.

It’s true that we need a public education conversation. But you can’t have that conversation by ignoring America’s very destructive black student crisis. Maybe we’d have one if we considered or included the voice of black parents who know all about that. Instead, no one is sounding alarms about National Assessment of Educational Progress 12th Grade Reading Level Assessments showing just 17 percent of black high school seniors at or above reading proficiency—the lowest of any demographic group. Or how black 8th graders remain dead last in mathematics proficiency scores behind all their racial peers.

Educators and parents, meanwhile, get punished or ostracized just for asking districts to end racist coursework and curriculum that socially traumatizes black children. In Missouri recently, one teacher was put on administrative leave after assigning her students homework to imagine being a plantation owner setting prices for their slaves. Another Tennessee teacher asked his students to see it from the slaveowners’ perspective by engineering a list of “expectations for their family’s slaves.” In Texas, a teacher asked his students to list the pros and cons of slavery. In Washington, D.C., once celebrated as “Chocolate City,” an elementary school finally apologized for assigning 5th grade black and brown students to re-enact slavery for a class project.

Missing from the education conversation are plans, policies and models that punish teachers, schools and districts that disproportionately target black students for that kind of curriculum or for excessive suspension and expulsion. Also missing is a plan to identify and create policies that protect Black youth from the daily attacks they face in a hostile public-school system.

While candidates acknowledge that the nation definitely needs an increase in black teachers —who represent just 7 percent of all K-12 teachers—folks failed to produce a specific plan that realizes that. Black students can’t become black teachers if they have no federal assistance against food insecurity, as well as lack of food, technology, transportation, healthcare, school supply money, housing, and expendable funding needed to participate in the education system, let alone succeed in it.

As a result, there are no plans to renovate and fund transportation, broadband, cell phone service and technology, student healthcare, and meal plans for black students living in infrastructure deserts. There are no plans to create spaces for reparations in the education system, or a plan to increase black administrators and black superintendents in districts that have become increasingly and overwhelmingly non-white.

We know exactly what our black children and grandchildren face in traditional government run schools. We know the data and live it daily. We recognize what we experienced in this same system. Mostly we know that it’ll take a lot more than the suggested plans to overhaul traditional public educational environments.

Are we ready to release our black children from the claws of an outdated American educational model that was never originally designed with their progress and prosperity in mind? The current conversation shows no signs of that. Instead, candidates and policymakers gloss over proven models in states like California where, for example, a massive statewide network of 50,000 mostly black and brown students called Learn4Life boasts an 89 percent success rate with a trauma-informed, wrap-around “individualized learning” approach. It’s a model that tailors the learning to the individual student and their distressed circumstances versus feeding a corrosive system. Why aren’t we having the kinds of conversations that identify actual models, non-traditional schools and approaches that actually work for our children and replicate them for communities-in-need nationwide?

Universal preschool, an increase in teacher salaries, and confronting the funding structure that ties school districts to property taxes are always the standard, go-to boilerplate areas of agreement among candidates—and that might be good if you’re just treading at the surface of this topic. But, the most glaring and consistently problematic similarity among the melanin-deprived candidates discussing education is the exclusion of a comprehensive black agenda that fixes the black education crisis.

Systemic oppression will not be addressed by throwing more funding into the mix when the same people who perpetuated the discriminatory practices will be responsible for carrying out the plan. Historically, our black children have not been educated or treated well in America—that’s not a funding crisis, that’s a crisis of our national soul. Until we address the evils of the social construct of race and exploitation in America, our institutions will reflect this ideology and public education is not exempt.

Just because there’s a frequency of a thing doesn’t make that thing right. Black parents and grandparents must make our stand. We can no longer accept the exploitation and decay of our children in failing schools. This requires us to make informed decisions when we vote. This mandates that we have the power and control over our pre-K through 12, not the government. This looks like having access to quality options even if we fight for them. No one should usurp the fundamental right of parents to choose what is best for our children because, obviously, the current situation will not do.