John Singleton, Maker Of ‘Boyz N the Hood,’ Dies At 51 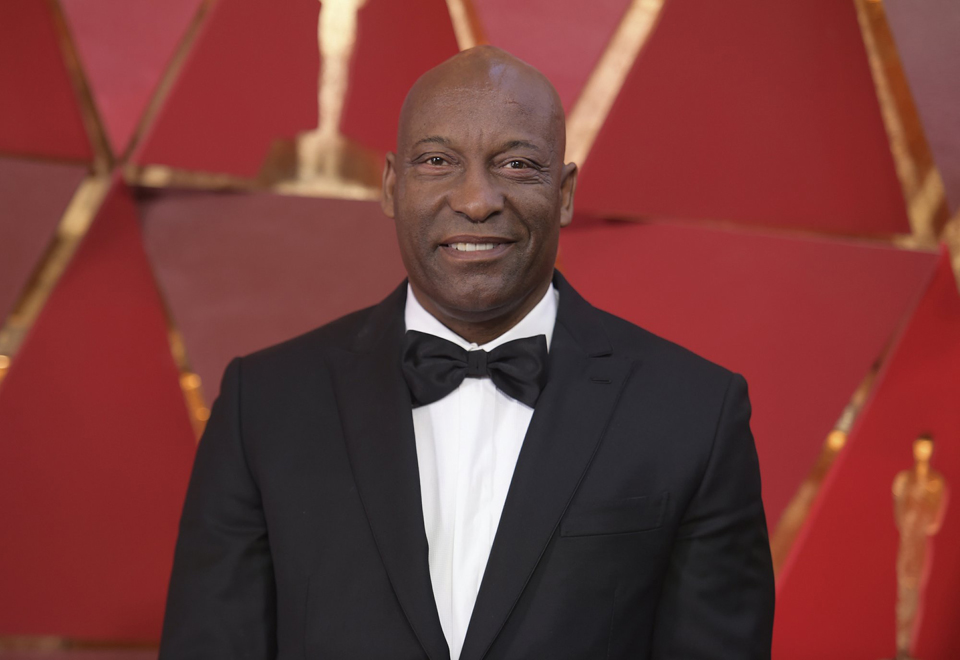 New York, NY (AP) — Director John Singleton, who made one of Hollywood’s most memorable debuts with the Oscar-nominated “Boyz N the Hood” and continued over the following decades to probe the lives of black communities in his native Los Angeles and beyond, has died. He was 51.

Singleton’s family said Monday that he died in Los Angeles, surrounded by family and friends, after being taken off life support. Earlier this month, the director suffered a major stroke.

Singleton was in his early 20s, just out of the University of Southern California’s School of Cinematic Arts, when he wrote, directed and produced “Boyz N the Hood.” Based on Singleton’s upbringing and shot in his old neighborhood, the low-budget production starred Cuba Gooding Jr. and Ice Cube and centered on three friends in South Central Los Angeles, where college aspirations competed with the pressures of gang life. “Boyz N the Hood” was a critical and commercial hit, given a 20-minute standing ovation at the Cannes Film Festival and praised as a groundbreaking extension of rap to the big screen, a realistic and compassionate take on race, class, peer pressure and family. Singleton would later call it a “rap album on film.”

For many, the 1991 release captured the explosive mood in Los Angeles in the months following the videotaped police beating of Rodney King. “Boyz N the Hood” also came out at a time when, thanks to the efforts to Spike Lee and others, black films were starting to get made by Hollywood after a long absence.

Singleton’s death Monday followed a turbulent week during which his family members made opposing court filings regarding his health. Singleton had been in intensive care in a Los Angeles hospital since he had a stroke on April 17. A court filing last week by his mother, Shelia Ward, requested she be appointed Singleton’s temporary conservator to make medical and financial decisions while he was incapacitated.

Ward’s filing said that Singleton was in a coma. But on Friday, Singleton’s daughter Cleopatra Singleton, 19, filed a declaration disputing that account. She maintained that her father was not in a coma and that doctors did not “have a concrete diagnosis.” She opposed her grandmother becoming conservator, or guardian.

Singleton’s passing prompted widespread praise for a filmmaker who, as his “Shaft” star Samuel L. Jackson said, “blazed the trail for many young film makers,” while “always remaining true to who he was and where he came from.”

Ava DuVernay called him “a giant among us.” Spike Lee said, “We’ll miss you but your films will live on.” Jordan Peele, the Oscar-winning “Get Out” and “Us” filmmaker, called him “a brave artist and a true inspiration.”

“Your love for the black experience was contagious and I would never be the man I am without knowing you,” Ice Cube said in a statement.

None of Singleton’s subsequent movies received the acclaim of “Boyz N the Hood” and he was criticized at times for turning characters into mouthpieces for political and social messages. But he attracted talent ranging from Tupac Shakur to Don Cheadle and explored themes of creative expression (“Poetic Justice”), identity (“Higher Learning”) and the country’s racist past, notably in “Rosewood,” based on a murderous white rampage against a black community in Florida in 1923.

He also made the coming-of-age story “Baby Boy,” a remake of the action film “Shaft” and an installment in the “Fast and Furious” franchise, “2 Fast 2 Furious.” More recent projects included the FX crime drama “Snowfall,” which he helped create. Starring Damson Idris, “Snowfall” returned Singleton to the Los Angeles of his youth and the destructive effects of the rise of crack cocaine.

“Drugs devastated a generation. It gave me something to write about, but I had to survive it first,” Singleton told the Guardian in 2017. “It made me a very angry young man. I didn’t understand why I was so angry, but I wasn’t someone who took my anger and applied it inward. I turned it into being a storyteller. I was on a kamikaze mission to really tell stories from my perspective — an authentic black perspective.”

Singleton was married twice, and had five children. Besides his career in movies, Singleton also directed the memorable, Egyptian-themed video for Michael Jackson’s “Remember the Time,” which included Eddie Murphy and Magic Johnson. He cast hip-hop artists and other musicians in many of his films, including Ice Cube in “Boyz N the Hood,” Janet Jackson and Shakur in “Poetic Justice” and Tyrese Gibson in “Baby Boy.”

Singleton’s early success didn’t shield him from creative conflicts or frustration with Hollywood studios. He blamed the commercial failure of “Rosewood” on lack of support from Warner Bros. He fought with producer Scott Rudin during the making of “Shaft” and was furious when Rudin brought in author/screenwriter Richard Price to revise the script. He had planned to direct a biopic about Shakur, but quit after clashing with Morgan Creek Productions. In 2014, he chastised the industry for “refusing to let African-Americans direct black-themed films,” but Singleton was pleased in recent years by the emergence of Ava DuVernay, Barry Jenkins, Jordan Peele and others.

“There are these stacks of (films by non-black filmmakers) where black people have had to say, ‘OK, at least they tried,‘” he told The Hollywood Reporter in 2018, adding that now blacks were making the films themselves. “What’s interesting when you see ‘Black Panther’ is you realize it couldn’t have been directed by anybody else but Ryan Coogler. It’s a great adventure movie and it works on all those different levels as entertainment, but it has this kind of cultural through-line that is so specific that it makes it universal.”

Most recently, Singleton, who regretted turning down the chance to direct on the first season of “The Wire,” turned his focus largely to television. He directed episodes of “The People v. O.J. Simpson: American Crime Story” (for which he was nominated for an Emmy), “Empire” and “Billions.” He co-created and executive produced “Snowfall,” directing three episodes.

“There’s hardly any precedent for a guy like me to have the career that I’ve had,” Singleton told Variety in 2017. “Because I grew up the way I grew up, I’m an in-your-face kind of guy. I developed that as a defense mechanism to survive in the streets. I do that in Hollywood in the service of my passion.”