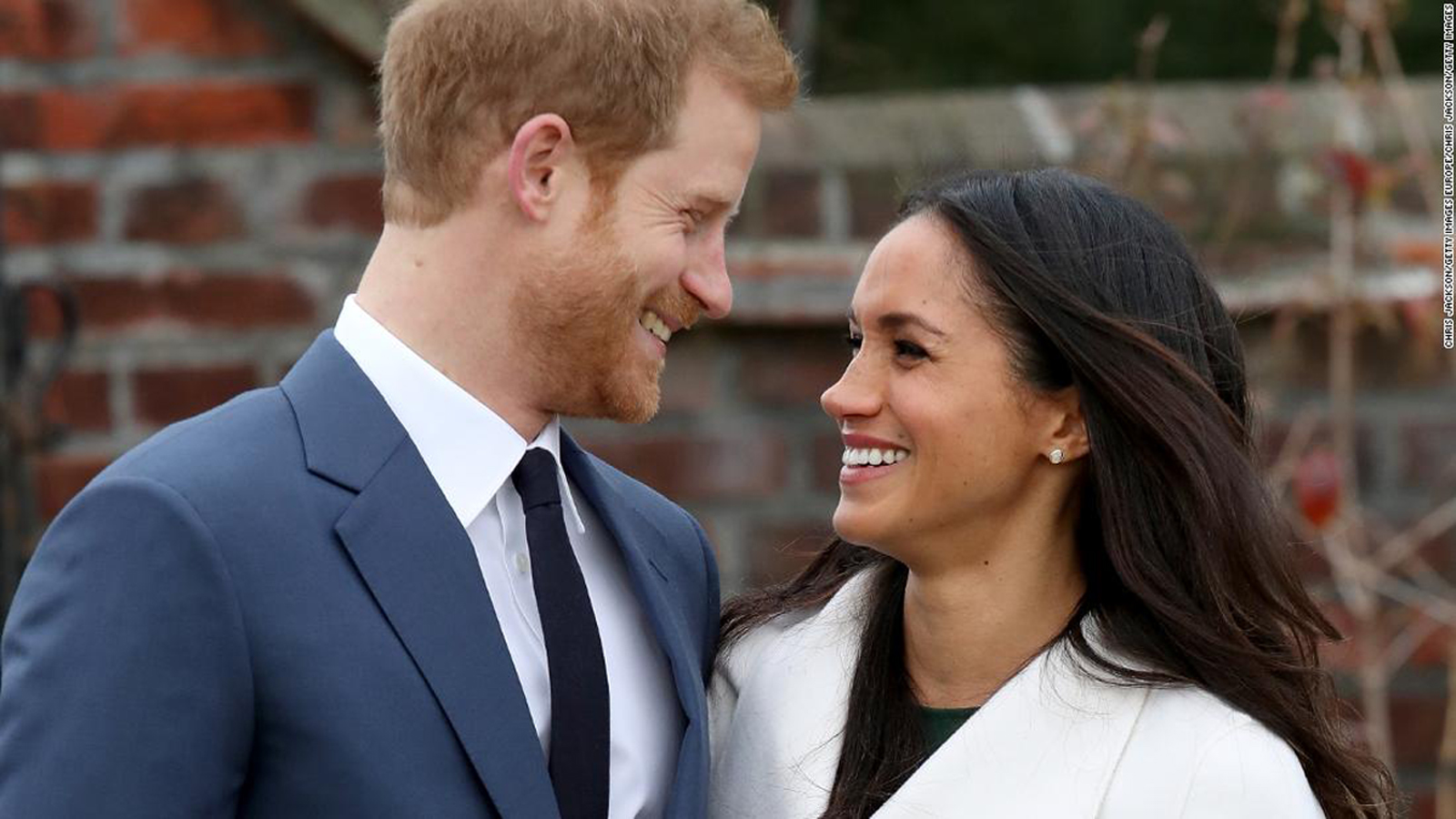 Windsor, England (AP) — The improbable love story between an American actress and a British royal took the best of all possible turns Monday with the arrival of a healthy baby boy.

The as-yet-unnamed baby arrived less than a year after Prince Harry wed Meghan Markle in a spectacular televised event on the grounds of Windsor Castle that was watched the world over.

Meghan is now the Duchess of Sussex, but she still does things her own way: The couple bucked royal tradition by declining to say where the baby was born and opting not to come out to pose with the newborn just hours after the birth.

Instead, an obviously overjoyed Harry emerged to tell the world — via its waiting TV cameras — that a baby had been born. It marked a moment the nation is likely to remember as a once-troubled boy undone by the death of his mother Princess Diana in 1997 car crash seemed giddy in his embrace of fatherhood.

“This little thing is absolutely to die for,” the ginger-haired, bearded prince said. “I’m just over the moon.”

Harry promised that more details — such as the baby’s name — will be shared in the coming days.

Harry and the palace didn’t immediately provide details on whether the baby was born at a hospital or if it was a home birth. The royal couple had earlier said they wanted to keep details private.

The infant is seventh in line to the British throne and is the eighth great-grandchild of 93-year-old Queen Elizabeth II, Britain’s longest reigning monarch.

It is a satisfying moment for the queen as the monarchy grows in popularity in part because of public affection for Harry, his older brother Prince William, and their two wives, Meghan and Kate, the Duchess of Cambridge.

Harry, the 34-year-old son of Prince Charles, said he was present at the birth.

“It’s been the most amazing experience I could ever have possibly imagined,” he said. “How any woman does what they do is beyond comprehension.

“We’re both absolutely thrilled and so grateful for all the love and support from everybody out there. It’s been amazing, so we just wanted to share this with everybody,” he said.

Word that the baby had been born was withheld while senior members of the royal family, including the queen, were told. Princess Diana’s family was also informed.

Buckingham Palace said minutes before 2 p.m. that Meghan had gone into labor (in fact the baby had already been born) and Harry emerged less than an hour later to announce the birth in person.

Harry’s dramatic announcement, and his obvious pleasure, sparked cheers among royal fans and well-wishers who had gathered outside the imposing grounds of Windsor Castle hoping to hear the news.

Some people in Windsor said it would provide a welcome respite from the continuing political stalemate over Brexit. Londoners Pam and Keith Jonson said the news will provide a boost to peoples’ spirits.

“You can tell by people around,” Pam Jonson said. “Lifts everybody a bit. Definitely. With all that’s been going recently. It’s nice uplift actually.”

Buckingham Palace said Meghan’s mother, Doria Ragland, was also with her daughter and was overjoyed with the baby’s arrival.

Harry said he planned to make another announcement, probably in two days’ time, “so everyone can see the baby.” It’s expected they will pose for a family picture at that point.

The arrival of a boy was something of a surprise because Britain’s legal bookmakers several weeks ago stopped accepting bets on the baby’s sex because so many people had placed bets on the baby being a girl.

Bookmakers came to the conclusion that the rumor the baby was a girl must have been based on some type of leak from a person in the know.

Meghan has brought something new and different to the royal family. She is an American who enjoyed a successful career in show business before joining “the firm,” as the royals are known to many.

The child will be eligible for dual citizenship, but Harry and Meghan have not said whether they plan to apply for American status.

Harry has long spoken of his desire to start a family. He had several serious relationships, but they collapsed in part because of the pressure of constant press scrutiny, leading Harry to vow to protect Meghan from intrusive reporting. He has complained publicly about a racist undertone in coverage of Meghan, who has a white father and an African-American mother.

Harry and Meghan recently moved from central London to a secluded house known as Frogmore Cottage near Windsor Castle, 25 miles (40 kilometers) west of London. The move is seen as reflecting a desire for privacy as they raise their first child.

It also separates Harry and Meghan from William and his wife Kate, who had been living in the same compound at Kensington Palace in central London with their three children — Prince George, Princess

A previous version of this story has been corrected to show that Harry said “this little thing,” not “this little baby.”