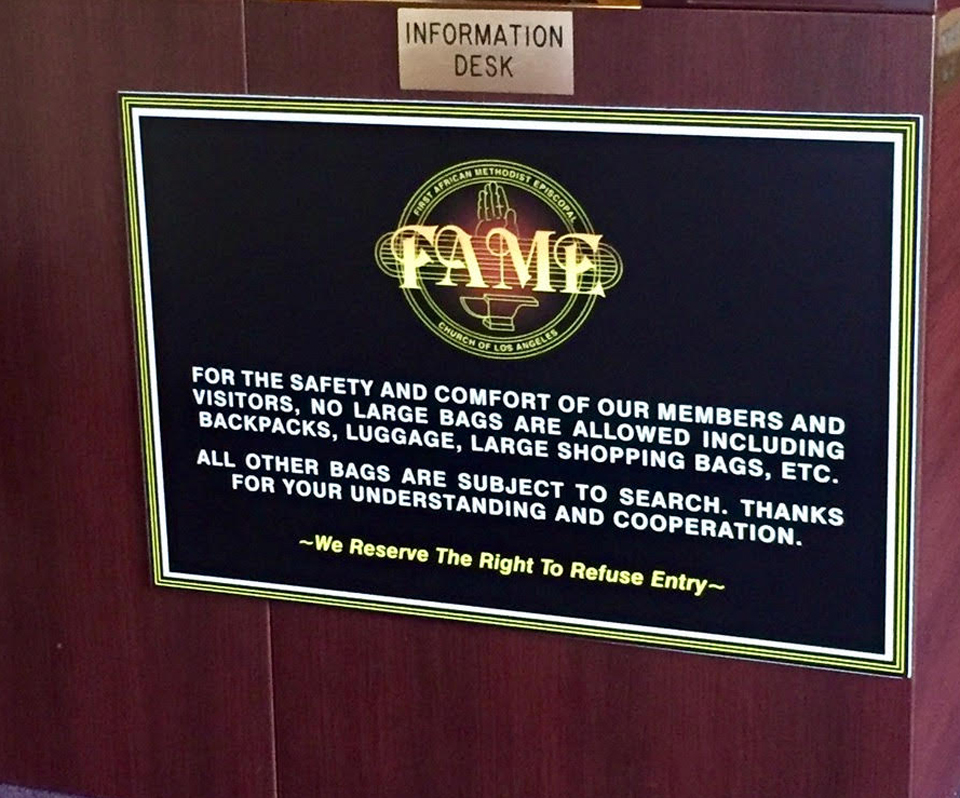 African-American churches, mosques and other religious organizations are among vulnerable non-profits in California eligible to apply for security grants after Gov. Gavin Newsom approved $15 million in emergency funds this week to help religious and community-based groups protect themselves against hate crimes.

The governor made the announcement two days after a violent mass shooting at a synagogue just north of San Diego shocked Californians and people around the world.

On Saturday, John Earnest, 19, a White supremacist allegedly entered the Chabad of Poway Synagogue carrying an assault-style rifle and opened fire. Police said he killed one woman, Lori Kaye, 60, and injured three others, including a Rabbi and an 8-year-old girl.  Authorities are investigating the case as a hate crime and possibly a federal civil rights violation.

“We all must call out hate – against any and all communities – and act to defend those targeted for their religious beliefs, who they love or how they identify,” said Governor Newsom. “An attack against any community is an attack against our entire state – who we are and what we stand for.”

Earnest, the accused gunman and a nursing student at California State University San Marcos, has been arrested and charged with one count of murder and three counts of attempted murder.

“Just weeks ago, African-American churches were burned in the South and these were confirmed as hate crimes,” said Shane Harris, an African-American pastor and President of the People’s Alliance of Justice, a national civil rights organization based in San Diego. “I have worked closely with the Jewish community for many years on interfaith efforts to take on social justice issues surrounding hate in our country against any faith. It hurts my heart to hear that one person has been killed in this shooting and our prayers go out to the others who have been injured.”

For the African-American religious community in California, the synagogue shooting brings with it echoes of a painful past familiar with centuries of fire bombings, arson, shootings and other acts of domestic terrorism perpetrated against predominantly Black church congregations and places of worship. This year, in a 10-day span between late March and early April, arsonists burned down three historic African-American churches in Louisiana. And between 1995 and 1996 alone, more than 30 African-American churches were burned in the United. States, spurring Congress to pass the Church Arson Prevention Act. Since the 1950s, there have been close to 100 hate crimes committed at African-American places of worship.

The most heinous attack in recent history against a Black church was a hate-fueled mass murder that happened on June 17, 2015 in Charleston, South Carolina. Dylan Roof, a then-20-year-old White supremacist and Neo-Nazi,stormed into the historic Emmanuel African Methodist Episcopal Church during a Bible study in the sanctuary and killed nine African-American parishioners, including a South Carolina state senator, Clementa Pinckney.

Several lawmakers, community activists and religious leaders have already stepped forward to thank the governor for his timely decision and his willingness to address a pressing safety concern in the state.

“We appreciate Governor Newsom commitment to the faith community. These resources will be helpful to protect our residents and communities that rely on our churches. I look forward to assisting Black churches in taking advantage of these resources,” said K.W. Tulloss, president of The Baptist Ministers Conference of Los Angeles and Southern California.

The funding, which will be administered through the Governor’s Office of Emergency Services, will be awarded through a competitive grant process. The grants will help Non-profits that are targets for hate-motivated violence bolster security at their facilities. Criteria identifying those groups may include, religious affiliation, gender identity, sexual orientation, disability, immigration status and more.

Since 2015, California has allocated $4.5 million for the State Nonprofit Security Grant Program. Because more non-profits than anticipated have applied for grants, the governor’s office said he made the decision to add an additional $15m to the fund in the wake of the Poway shootings. The governor will also work with the Commission on Peace Officer Standards to ensure training modules are up to date as new applicants become a part of the ongoing state program.