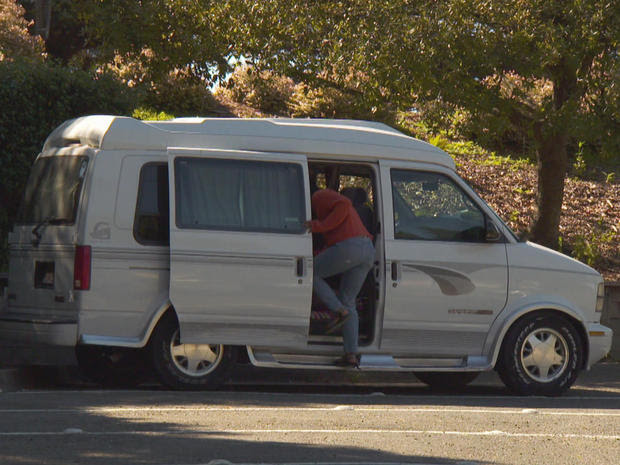 Humboldt State University senior Jasmine Bigham lives in a van, unable to afford the high cost of housing near campus. Her story is one of many, as more than 68,000 students identify as homeless on financial aid applications.

When asked why getting her degree is so important that she would tolerate such a difficult lifestyle, she responded, “I’m gonna go become something….And I’m gonna succeed in it and keep trying, you know? If things are hard, you just gotta keep trying.”

It’s a message that should resonate with lawmakers as California’s homelessness population grows and the housing crisis worsens. While the nation’s homelessness levels have declined 13% since 2010, the number of homeless Californians has spiked 9% during the same timeframe.

130,000 Californians are homeless, and that includes college students, children and skilled workers. It also includes those who lost their homes in California’s wildfires. Efforts to improve the situation have been largely ineffective, and it’s clear that once again the old way isn’t working.

Homelessness Is A Bipartisan Issue. The housing crisis and homelessness are bipartisan issues. They are complex problems that require lawmakers to put parties aside and focus on better solutions that work.

Earlier this month, Gov. Gavin Newsom released a $7.7B budget proposal that takes a bold stance at fighting California’s housing crisis. The proposal incentivizes cities to meet housing requirements in order to gain access to state funding. Failure to meet requirements could mean that cities are unable to access funds for transportation projects. The proposal places much of the work on California’s cities.

Another approach is AB 246, a bipartisan bill reintroduced by Assemblyman Devon Mathis. The bill would authorize the Department of Transportation to lease certain properties to cities and counties to build emergency shelters, food pantries and recreational parks.

Though a very complex problem with several potential avenues to consider, it is important that we keep the momentum around affordable housing for Californians. We must continue to focus on innovative, bipartisan solutions that support our neighbors.