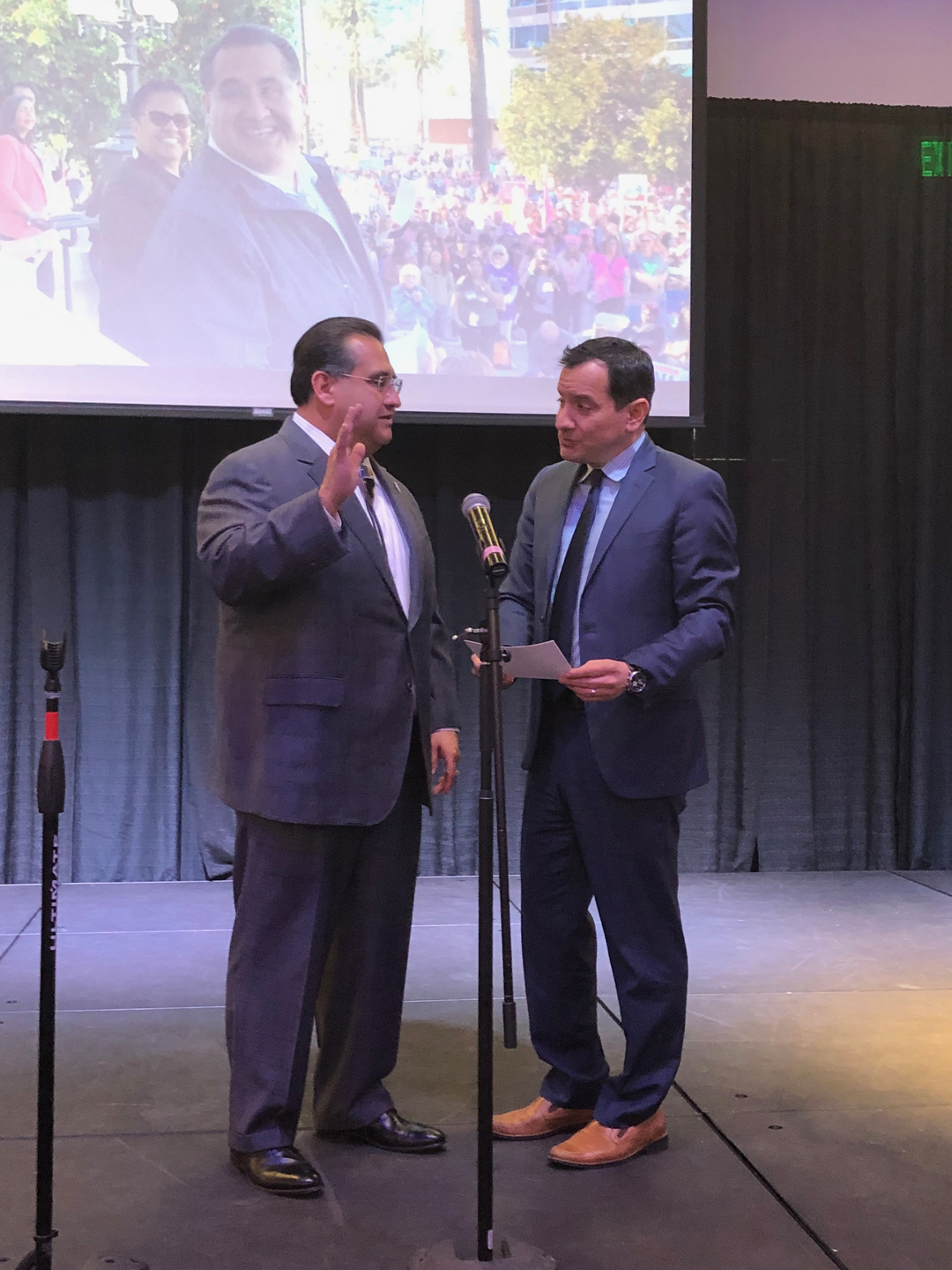 As the first California Native American elected to the State Legislature, this historic swearing-in highlighted the culture of native peoples in California with performances of Big Horn Sheep Songs lead by Assemblymember Ramos and members of the San Manuel Band of Mission Indians, and Intertribal Bird Songs lead by Wayne Nelson. The event was held at the Santos Manuel Student Union and holds special significance to Assemblymember Ramos, as it is named after his great-great-grandfather Santos Manuel, who established the San Manuel Reservation.

“I am so proud and thankful for all who came out to join me and my family at the community swearing-in ceremony,” said Assemblymember Ramos. “It is truly remarkable, when you consider the San Manuel people faced dwindling numbers following the atrocities of a 32-day battle in 1866, to bouncing back and experiencing poverty for generations, to now having a member of their tribe elected and sworn-in to the State Legislature. There is much more work to get done together as a community to move people forward. I am committed to working on the issues that are important to our district like jobs, education, homelessness, social bullying in schools, mental health, public safety, and resources for veterans. Together with my colleagues I will fight to make sure the State of California serves all people in the Inland Empire.”