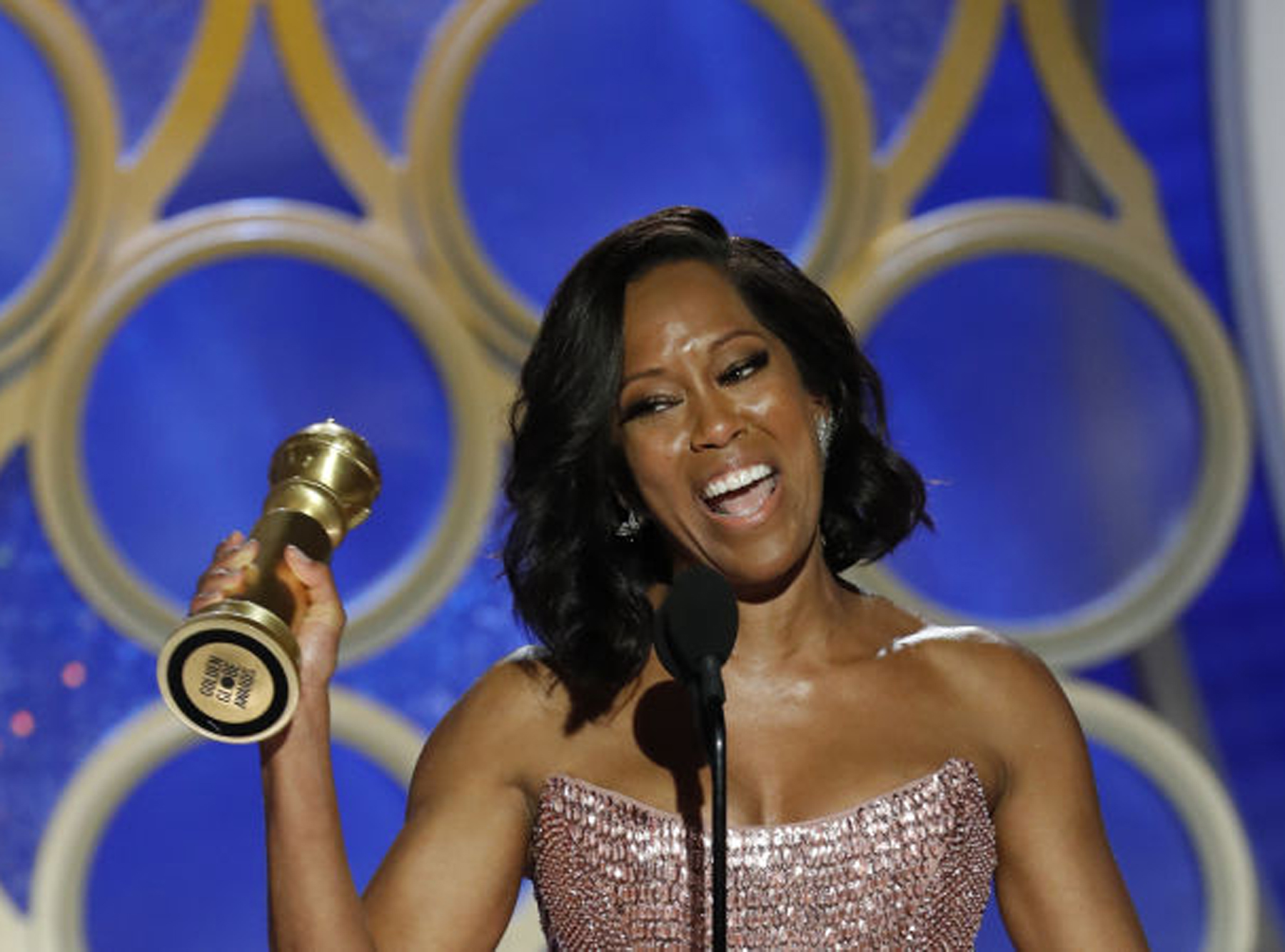 We’ve all come (to our couches), seen and conquered the 76th Annual Golden Globes.

The statuettes Isan helped hand out were very much golden (with a new look!), but were they filtered with blackness? Let’s find out…

Miles Morales is the hottest Spider-Man these days because Spider-Man: Into The Spider-Verse snagged the Best Motion Pictured – Animated statuette! It was a dope sight to see co-director Peter Ramsey’s happy grin on the winner’s stage. And while Tom Holland is adorable as Peter Parker these days, I think I need a live-action Morales saga.

Regina (THE) King got her just due, winning Best Performance by an Actress in a Supporting Role in Any Motion Picture for If Beale Street Could Talk. Her son, Ian Alexander Jr., witnessing his mother win this much-deserved award was extra special, as he’d told her that If Beale Street Could Talk was “the first time [he] saw [himself] onscreen.” King also vowed to produce films with 50% women, which was a major statement. Black women doing what needs to be done again. You know, the usual.

She may reign in Hollywood, but Regina really is a true homegirl and she exuded that in her acceptance speech. Plus, this happened:

Given the award-season bait known as Green Book, it was safe to say Mahershala Ali was the frontrunner and win he did, for Best Performance by an Actor in a Supporting Role in Any Motion Picture. Now, his actual performance was fabulous—because, Mahershala—but this movie as an entire unit? All the side-eyes. Wypipo feel good about it though, so it’s sure to continue scooping up a bounty of awards this season.

Another congrats goes to Octavia Spencer, who served as an Executive Producer of the film, which also won Best Motion Picture – Musical or Comedy.

(Also, if you were sitting next to Ryan Coogler and overheard what he whispered into his wife Zinzi Evans’ ear during the Green Book acceptance speech, please slide in my DMs with the tea. Thanks.)

Can we technically include Rami Malek since he’s Egyptian? Let’s— because Rami bodied his performance in Bohemian Rhapsody. He summoned the spirit of Freddie Mercury and became him, winning Best Performance by an Actor in a Motion Picture – Drama.

Disclaimer: this isn’t an exhaustive list of just how Whitey McWhite this was, but specific snubs that especially stood out to me.

Billy Porter, who showed up in a cape—naturally—and turned the red carpet into the SLAYED carpet reminded everyone why he’s a Tony winner. His portrayal of Pray Tell was both visceral and vivacious.

Black Panther was shut-out, which piques my curiosity on how it will fare the rest of this awards season, so I’ll certainly keep my eyes peeled for the Academy Award nominations set to drop on the morning of January 22. It’ll be a huge deal for Black Panther to win one of the bigger awards outside of the technical category because it’ll fully cement it as something more than “just” a superhero movie.

BlacKkKlansman won the Cannes Grand Prix, but clearly, the HFPA wasn’t really feeling it. I’m still miffed Barry Jenkins didn’t win for the If Beale Street Could Talk screenplay and it’s only more acute because Green Book did. Even over Roma—a huge frontrunner amongst awards season experts.

Pose didn’t get any golden trophies, but since it’s eligible for the Primetime Emmys this year, I will be rooting for it to rise above in a few categories.

Donald Glover didn’t even show up.