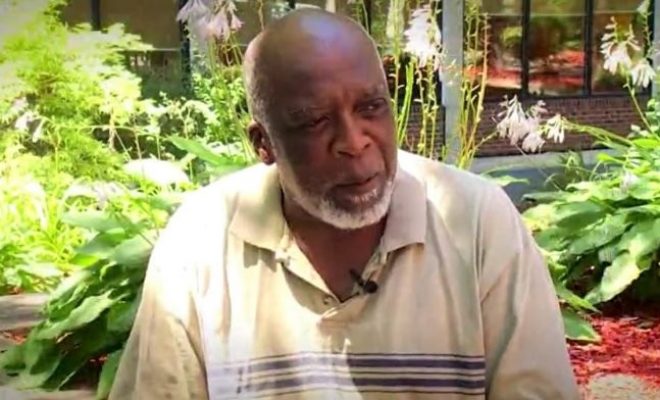 When you are a black person, you must always be ready to pay for the price of your skin tone even at the most unlikely areas including your place of work.

That was the case with a 60-year-old employee Maurice Rucker who recently lost his job after standing for racist treatment.

Rucker, who is black, was working in the garden center when he asked a customer with a dog to leash his pet while in the store. In response, the customer, who is white, reportedly cursed at Rucker and said, “You’re from the ghetto. What do you know?”

Rucker further told the Times Union that the customer said he would not have a job if Donald Trump wasn’t the president and called former President Barack Obama a “Muslim who didn’t know what he was doing.”

Following his decade-long career with the store, Rucker responded because he was not going to stand for racist treatment.

He asked the customer to leave and told him, “You’re lucky I’m at work because if I wasn’t you wouldn’t be talking to me like this.”

Less than a week after the incident, Home Depot fired Rucker with his bosses telling him that he should have immediately called a manager and should not have approached the man; something they called protocol violation.

Following the company’s actions, scores of people on social media threatened to boycott the chain and criticized the company for firing the black man unfairly.

Well, on Friday, Home Depot decided to reverse its decision to fire the Black employee. The company offered to rehire Maurice Rucker on Friday after taking “another look at this situation,” the megastore told the Huffington Post.

“The problem here is that he had several opportunities to disengage and contact management to deal with the customer,” Home Depot said.

“We’re appalled by this customer’s behaviour, but we also must require associates to follow proper protocol to defuse a situation for the sake of their safety and the safety of other associates and customers,” the company added.

It’s unclear if Rucker has accepted the company’s offer.