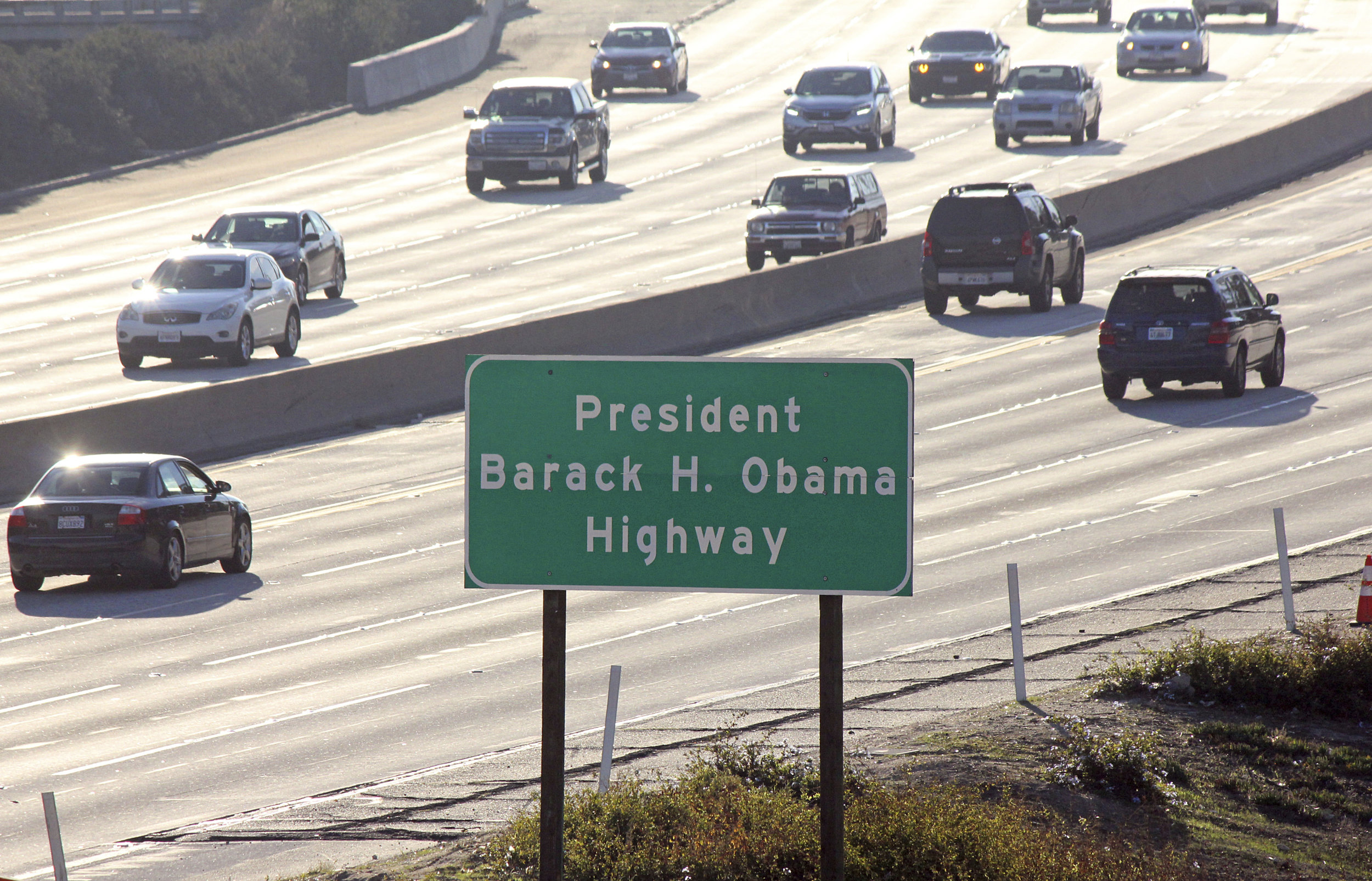 Glendale, California — California State Senator Anthony J. Portantino (D-La Cañada Flintridge) proudly announced today that Caltrans has installed the President Barack H. Obama Highway Signs renaming a portion of the CA-134 Freeway after our 44th President.  The renaming was a result of the passage of SCR 8 authored by Portantino and Congressman Jimmy Gomez.  SCR 8 called for the stretch of the CA – 134 freeway between the Glendale CA-2 and the Interstate 210 Freeway to be named the “President Barack H. Obama Highway”. Earlier in the year, community members from across Southern California attended a reception hosted by Portantino, Bob and Faye Davidson and Occidental College to generously donate the money to Caltrans for the creation and installation of the signs.

“This is an exciting day for Southern California and it showcases our deep respect and appreciation for President Obama.  The President has often mentioned his fond memories of living in Pasadena and attending Occidental College, so it was very appropriate to name the portion of the freeway he travelled after him.  Our community came together to make this happen.  It is an honor to be in a position to have helped facilitate this wonderful symbol of our collective respect for the grace and dignity embodied by our 44th President,” commented Portantino.

President Obama attended Occidental College from 1979 to 1981 and lived in Pasadena during his sophomore year. His attendance at Occidental College influenced his political trajectory and lead him to become one of the most revered and respected Presidents in history.  Local democratic activists John Gallogly suggested the idea to name the freeway to Portantino who then took the idea to Sacramento.  SCR 8 passed the legislature with bi-partisan support.  When news of the freeway naming hit the media, Portantino was inundated with offers from across the country to pay for the sign however he chose to keep it local.  Community members were invited to participate and take “ownership” of the project.  Local responses were overwhelming, and the sign was quickly paid for.

“So many generous people can share in the accomplishment of this appropriate recognition of an inspiring, positive leader.   I am very grateful to Caltrans for its rapid response to our community’s generosity by installing the signs before Christmas.  What a great way to bring in 2019. I hope to have a formal unveiling and program in the New Year to properly commemorate the President and our new freeway,” concluded Portantino.