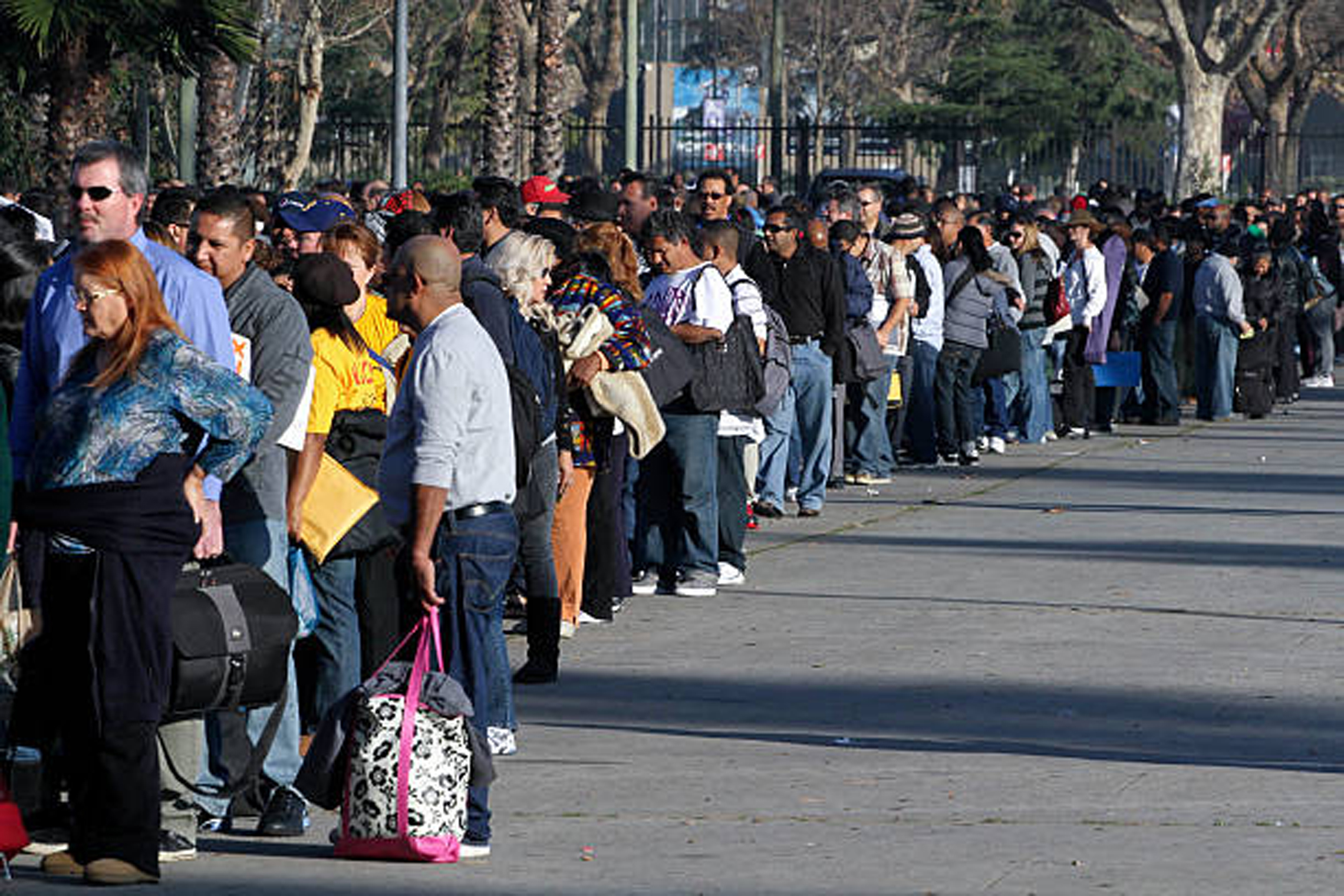 Parts of the federal government will run out of money in a week if the White House and Congress don’t pass a spending bill — and President Donald Trump seems just fine with that.

He said on Tuesday that he would be “proud” to shut down the federal government if Congress doesn’t give him $5 billion to build a border wall. Democrats had offered about $1.3 billion in border security. Trump said no.

That’s easy for him to say. The shutdown doesn’t affect the politicians responsible for it. White House staff and members of Congress continue to get paid when the government shuts down. But what the two-week 2013 shutdown showed is that some Americans really do suffer — specifically poor families, janitors, security guards, and other low-wage federal contractors.

Similar spending battles have led to two shorter shutdowns during Trump’s presidency. But even the three-day partial shutdown in January disrupted the lives of Americans all across the country.

Hundreds of thousands of nonessential government workers — from Florida to Alaska — were told to start closing their offices and many of the services they provide. Subsidized grocery stores for military families had started closing, certain training programs for military veterans had been put on hold, and janitors at multiple federal building were told not to report to work.

It’s hard to grasp how many programs and services across the country rely on funding from the annual spending bill that Congress passes. In October 2013, more than 850,000 federal workers were furloughed for the 16-day shutdown, affecting services for Americans in all 50 states. Only “essential” government employees were allowed to work: anyone whose job is a matter of life and death or an urgent public-safety matter.

But we do know it could hurt many Americans who depended on services funded by the appropriations bill. Here are three groups of Americans who were most affected last time around and are likely to suffer again if Trump insists on closing the government.

With the federal government mired in a shutdown in January, the US Department of Agriculture announced that funding for food stamps and subsidized school lunches for poor children would run out within a month or two.

These programs all help poor families and students buy groceries and school lunches.

For now, people who rely on these programs can still use them.

”All have funding available to operate through the month of February, and many have funds to continue operations through March, without additional appropriation,” Perdue wrote in a statement.

The shutdown ended before that could happen, but it’s unclear what happens after federal money runs out in the event of a prolonged government shutdown. Perdue suggested that state agencies, which oversee the programs, could continue to provide the services with their own money, or with any extra federal money they may have saved up.

Food stamps and other federal nutritional programs are considered mandatory programs but still require Congress to renew the funding every year. Other major mandatory programs — like Social Security and Medicare — are not affected by the shutdown. They are automatically funded each year.

More than 850,000 federal workers who were furloughed during the 2013shutdown eventually got repaid. But the janitors, security guards, and cafeteria servers who work as subcontractors in federal buildings didn’t.

More than 700 janitors and security guards and 500 food-service workers were unable to work in the Washington, DC, area during the shutdown, according to the Washington Post.

The head of a local janitorial company told the Post at the time that 100 employees who cleaned the Labor and Justice Departments couldn’t work. It ended up costing his company $80,000.

“We were told just to bill for the services we provided,” said Larry Westfall, vice president of R&R Janitorial Painting & Building Services. “The government did not pay us, and we could not pay our workers.”

Several workers had to take part-time jobs to pay their bills.

Héctor Figueroa, president of the labor union 32BJ SEIU, told me in January that the shutdown would once again affect thousands of janitors, security guards, and cafeteria workers at government building across the country.

“32BJ SEIU members diligently clean and secure federal buildings form the Statue of Liberty to the Smithsonian Museums,” Figueroa wrote in a statement on Saturday.

“Members like Eddie Rivera, a security officer at the Statue of Liberty, will lose his only means of support for his six children.”

Correction: An earlier version of this piece incorrectly included the military as one of the groups that would be affected by the possible shutdown. However, the Department of Defense has been funded by a defense spending bill passed in September, and thus the military would not be affected.