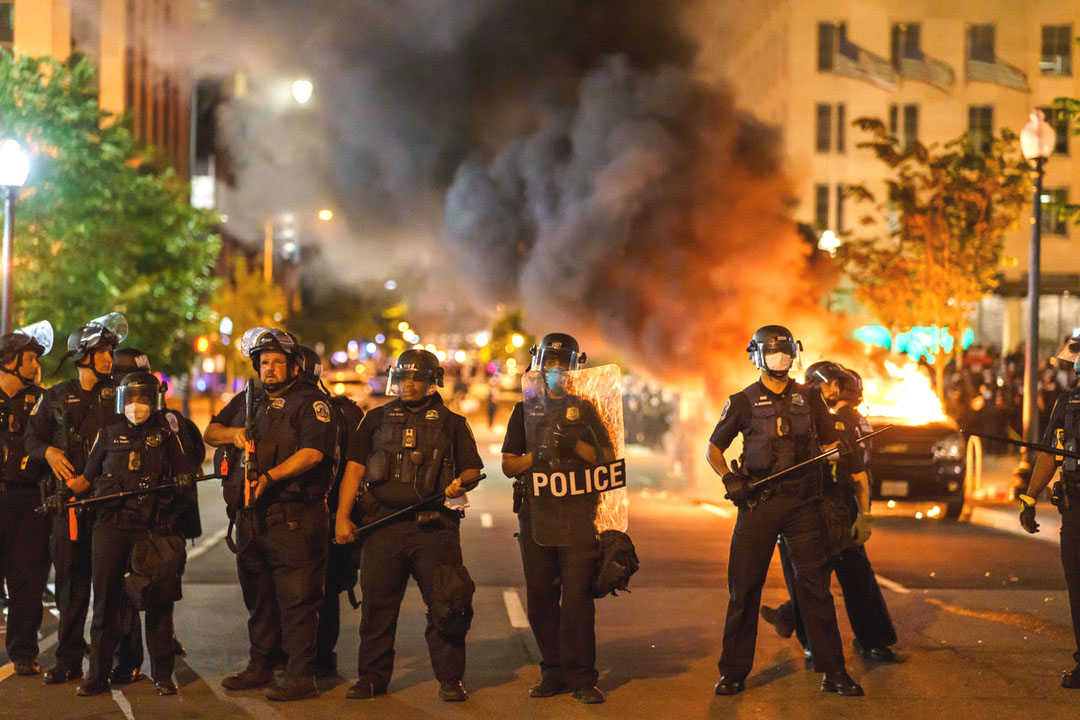 It has been over 13 months since cops in Kentucky killed Breonna Taylor, and just shy of a year since Minneapolis police officer Derek Chauvin murdered George Floyd.

These high-profile deaths of African Americans, along with many others sparked global protests and resulted in politicians and activists on the political Left calling on their cities to and counties to defund their police departments. More precisely, many of are pushing their elected officials to reallocate money in police budgets to more social service-oriented interventions in efforts to reduce the number of violent police encounters.

But some cities in California — Sacramento, San Diego and Los Angeles — are planning to do just the opposite.

From 2019 to 2020, Sacramento’s approved police budget saw an increase of over $7 million. This year, California’s capital city will spend a record $165.8 million on police, a $9.4 million increase.

However, Sacramento Mayor Darrell Steinberg says, by mid 2022, at least $10 million will be directed away from the police department toward the Department of Community Response.

“I’m not for ‘defunding,’” Steinberg told the Sacramento Bee. “There are some things that are part of running a city, like collective bargaining and binding arbitration, and genuine needs for the police department.”

“I’m not going to get pinned to the argument that the measure of whether or not we are investing in the community in an aggressive way is whether or not we’re taking the money directly from the police department,” he continued.

In San Diego, the city is planning to raise the police budget for the 11th year in a row.

San Diego Mayor Todd Gloria proposed a 3% increase for police spending next year, meaning that the police budget has ballooned by a total of 52% since 2008.

The city is introducing that increase with a decrease in library hours in an effort to offset those costs.

San Diego City Council President Georgette Gómez says that she planned to cut the police budget but former Mayor Kevin Faulconer would have vetoed that measure.

Gloria has expressed interest in reducing police spending over time also, but activists insist that more needs to be done.

In Los Angeles, after two reports from the Los Angeles City Council and the Los Angeles Board of Police Commissioners admonished the Los Angeles Police Department (LAPD) for their mishandling of several protests over the past year, the LAPD has announced that it wants a $67 million increase in its budget to contend with the costs of protest response reform.

During various protests in the summer of 2020, police made over 3,000 arrests with little to no accommodations for those arrested.

Police Chief Michel Moore admitted the protest response could have been handled better but asserted that most of his officers responded the way they did because of their training.

“While there were missteps and shortfalls in communication and command and control, especially from senior staff in the field, the vast majority of personnel performed admirably with their ongoing efforts to tirelessly serve the city, even in the face of antagonistic and violent crowds,” Moore wrote in a letter to the board of commissioners.

Training will be the primary focus of this proposed budget increase, according to Deputy Chief Dominic Choi.

Choi stated that much of the budget will be going towards salaries and overtime for extended training.

The Police Commission has not moved on the proposed budget and the LAPD needs the City Council’s approval before it can go into effect. However, Mayor Eric Garcetti has proposed a $50 million increase in the police budget, much to the dismay of members of the Los Angeles Black Lives Matter organization.

While a couple of these budget proposals are still being deliberated and wouldn’t fully go into effect until next year, they are far cries from defunding the police.

Despite a growing chorus of voices against it, more Golden State taxpayer money will likely go toward increased funding for “California’s finest.”