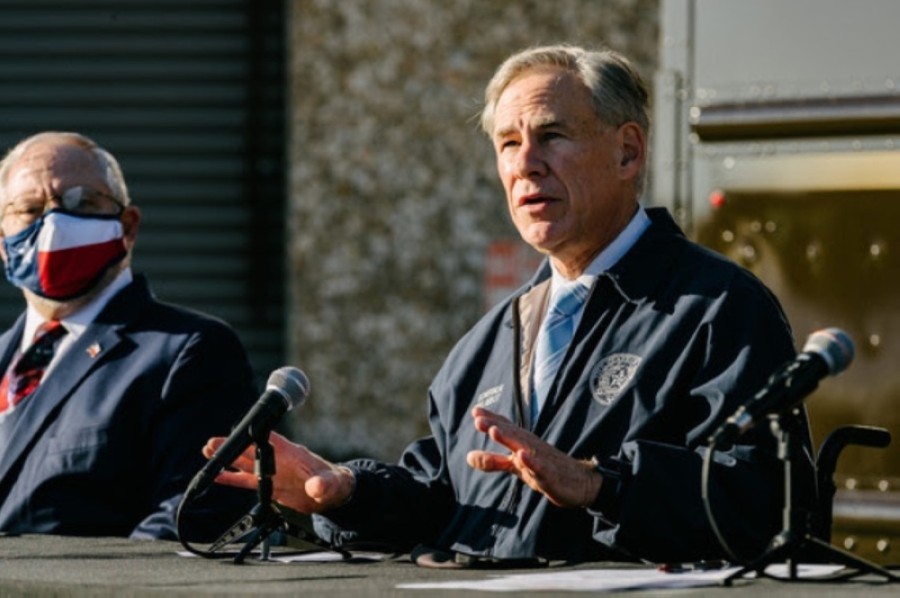 Coronavirus numbers are coming down across the United States and some states seemed to be intent on throwing the gates wide open again.

Mississippi and Texas have decided to end the lockdown entirely. (Other states have reopened with restrictions.) The reason behind the decision to end lockdown was increased access to COVID-19 vaccines and falling infection rates.

According to the New York Times, the nation is averaging a little over 4,700 new cases a day. The number hasn’t been that low since October 2020. However, the total death toll from COVID-19 is 515,000. California has recorded more than 52,000 deaths from the disease.

“I just announced Texas is OPEN 100%” said Abbott in a tweet. “EVERYTHING.”

However, he added, “To be clear, Covid has not, like, suddenly disappeared. Covid still exists in Texas and the United States and across the globe.”

But Abbott has been met with criticism from within his state. Some businesses say they will still require customers to don masks.

Former CBS News anchor Dan Rather, a Texan, also criticized the governor’s actions. In a Twitter post, he accused Abbott of trying to deflect attention from the disastrous handling of the energy crisis in the state. (Several Texans froze to death after the state’s energy system was affected by a cold snap.)

“Texas lifting COVID restrictions pains me deeply. A distraction from deadly winter storms, it will likely be popular,” said Rather in a tweet. “But best science says it’s far too soon. We’re so close. Vaccines bring hope. Hope. Remember that? Can we please not spike footballs before we hit the end zone?”

“I am calling on Gov. Abbott to open up additional vaccine tier categories so that more people are eligible to get a vaccine if they want one,” said Fort Worth Mayor Betsy Price, who’s also a Republican. “As the state’s directive has changed, so must our response. Now, more than ever, vaccines and testing must be readily available.”

According to The Texas Tribune, more than 44,000 Texans have died from COVID-19. The Lone Star state is averaging about 200 deaths a day from the coronavirus pandemic. The disease has also disproportionately affected Blacks and Latinos since many of them are frontline workers.

“I think it’s a big mistake. Look, I hope everybody’s realized by now, these masks make a difference. We are on the cusp of being able to fundamentally change the nature of this disease because of the way in which we’re able to get vaccines in people’s arms,” said Biden during a White House press conference.  “The last thing — the last thing we need is Neanderthal thinking that in the meantime, everything’s fine, take off your mask, forget it. It still matters.”

Biden also reminded Americans to continue coronavirus prevention protocols such as frequent handwashing, social distancing and wearing a mask. The president recently announced progress on vaccine production that should allow every American to be inoculated by the summer. According to The Texas Tribune, the Lone Star state needs to vaccinate between75-90 percent of the population to achieve herd immunity. But right now, only about 7 percent of the state’s population has been inoculated.

However, the Texas medical community is siding with Biden on reopening. Several medical professionals say it’s too soon to go back to business as usual, according to The Texas Tribune.

“Despite the impending removal of the state mask mandate, we must continue our vigilance with masking, distancing, and handwashing,” said Dr. Mark Escott, Travis County (Texas) Interim Health Authority.

“It’s very clear that we need to continue to wear masks in public places, period. Regardless of whether there’s an order from the governor or not. The bottom line is the individual decision making that has to take place that ultimately makes the outcomes,” said Carlo, who serves on the Texas COVID-19 taskforce.