Home > National > Sen. Ron Johnson Denies He Made Racist Comments, Then White-splains What He Meant by Using More Racism

Sen. Ron Johnson Denies He Made Racist Comments, Then White-splains What He Meant by Using More Racism 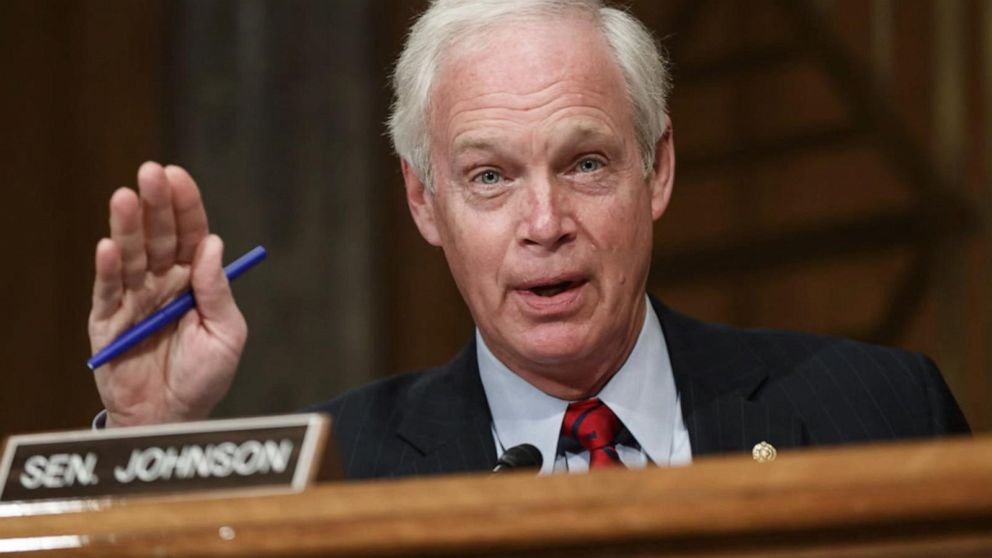 By: Stephen A. Crockett, Jr., The Root

Washington, D.C. — GOP Sen. Ron Johnson denied his racist comments made last week were racist and then doubled-down and white-splained why he is no racist.

“And don’t try and cry, because if anyone should be crying, it should be me,” Johnson said to a stunned Sheryl Underwood.

Me: Fine. I get my embattled crying white people mixed up.

Early in the week during a radio interview, Johnson claimed that he was not worried about his safety during the insurrection on the Capitol on Jan. 6 because those who were storming the building, macing police officers and looking to hurt his co-workers were largely “people that love this country, that truly respect law enforcement,” adding he would have been “concerned” if they had been Black Lives Matter or antifa protesters.”

“Had the tables been turned and President Donald Trump won the election and those were thousands of Black Lives Matter and antifa protesters I would have been concerned,” Johnson said Thursday in an interview with a local radio host, ABC News reports.

The Wisconsin Republican claimed on Monday that there was “nothing racial about my comments, nothing whatsoever.”

“This isn’t about race, this is about riots,” Johnson told reporters. “I have been attacked and criticized because I pushed back on the narrative that there were thousands of armed insurrectionists, and that’s just a small part of the 74 million Americans that voted for President Trump that also need to be suspected of being potential domestic terrorists or also potentially armed insurrectionists. This is a false narrative, and so the few of us that push back on that we get mercilessly attacked.”

Democrats weren’t trying to hear that bullshit and have called his words “racist” and “unacceptable.”

“Apparently for Ron Johnson, simply being Black is a bigger offense than launching a violent insurrection,” the group said in a statement. “Ron Johnson is an embarrassment to the United States Senate and the state of Wisconsin. He needs to resign immediately.”

But Ron Johnson is a white man so you know what that means; everyone he offended is wrong and he just needs to explain more.

“I wasn’t surprised, but it’s still pretty shocking that they would take what I consider a completely innocuous comment and turn it into you know, use the race card on me,” Johnson said Monday.

Please clear something up for me: Is it big Joker, little joker and then the race card?

Johnson claimed that his comments couldn’t have been racist because he’s seen white people marching with Black Lives Matter protesters and antifa has a lot of white people!

“If you look at the protesters, the rioters, they’re white. A lot of them are white, especially antifa,” Johnson claimed.

The problem with Johnson’s racist logic is that Black Lives Matter protests have actually been less violent than the Trumptarians who pose as America lovers when really they are just domestic terrorists.

Johnson claimed that he’s condemned all violence including those who stormed the Capitol.

“Where I’m consistent is I condemn them all. I condemned the Capitol breach immediately. I don’t like lawlessness,” Johnson said.