Home > Statewide > Supporters, Opponents Clash Over Bill That Would Decriminalize Loitering for Prostitution

Supporters, Opponents Clash Over Bill That Would Decriminalize Loitering for Prostitution 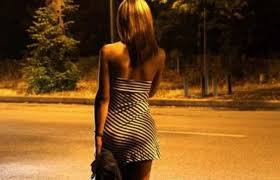 The legislation proposes ending punishment for people “loitering in a public place with the intent to commit prostitution.”

Powell, who is Director of Law Enforcement Training and Survivor Services for the National Center on Sexual Exploitation (NCOSE), and other advocates say, if the bill is signed into law, it would provide increased “open-air” activities in disadvantaged communities.

“I’m just thinking about the people living in the communities that would have to deal with (prostitution),” said Dr. Powell, a former city of Los Angeles law enforcement officer. “They (the lawmakers) need to come up with something else because it’s a band-aid approach to the issue. People who don’t have a full understanding of how this can be problematic. I hope it’s vetoed.”

The Washington DC-based NCOSE is dedicated to creating an environment free from sexual abuse and exploitation, through policy, legal, corporate advocacy, education, and public mobilization. Dr. Powell joined the organization in 2020.

The author of SB 357, Sen. Scott Wiener (D-San Francisco) presents a counterargument. Wiener says the bill protects sex-trafficked women from the police who use loitering laws to discriminate against minorities, including Black, Latino, Trans, Lesbian, Gay, and Bisexual people.

Existing law prohibits soliciting or engaging in an act of prostitution. It also prohibits loitering in a public place “with the intent to commit

prostitution, as defined, or directing, supervising, recruiting, or aiding a person who is loitering with the intent to commit prostitution.”

Under the existing law, a violation of any of these provisions is a misdemeanor. SB 357 would decriminalize them.

California Penal Code 653.22 allows police to arrest someone for intending to solicit or engage in prostitution even if the person never actually engages in the act. The offense is commonly referred to as “loitering to commit prostitution” or “loitering for prostitution.”

Powell said this law is effective. Police officers do not actually have to catch someone engaged in prostitution before apprehending them she says, adding that the police “can arrest the sex buyer and the person selling the service.”

Although Powell says it is easy for innocent people to find themselves under suspicion because of the latitude police officers have under current law, she insists, based on knowledge from prosecutors and D.A. offices’ investigations of sex trafficking and underage prostitution, it would not be a significant problem.

“Say if I am the vice cop out there. I see a girl but don’t know if she’s 16 or 19. But remember: if she is under the age of 18, she is automatically considered to be a victim of human trafficking,” Powell said. “The only reason why I would be able to stop her is because of P.C. 653.22. So, let’s say SB 357 becomes legal. Well then, what am I stopping her for? Because, God help me, if she’s 21. I’m going to have some legal problems?”

The governor is getting increased pressure from individuals for and against SB 357, including sex worker advocates across California.

Vanessa Russell, founder of the Bay Area’s Love Never Fails, a non-profit dedicated to the restoration, education, and protection of those involved or at risk of becoming involved in domestic human trafficking, said SB 357, the Safer Streets for All Act, is “deeply disturbing.”

“As a direct service provider, I think it’s important to call out a few things, unfortunately. The false narrative that is present and embodied in SB 357,” said Russell. “This is a bill that is preying on the current anti-sentiment of communities of color. This is not a partisan issue. This is a humanitarian issue. It is an issue that all of us need to engage on to show (sex trafficking) survivors they can be safe.”

Four survivors of sex trafficking spoke outside the state capitol to express their displeasure with the bill. They said police officers use loitering laws to nab solicitors and traffickers — as well as to save trafficked women and men from their brutal traffickers.

The survivors believe that without a loitering law, exploitation of these vulnerable women is only going to increase.

“This piece of legislation only protects the buyer and the trafficker,” said survivor Marjorie Saylor, who also runs a nonprofit for former sex-trafficked women exiting prostitution. “And these are traffickers that send his girls into your high schools to recruit your sons and daughters.”

Saylor, a Black woman, said that it was a police officer that helped her escape a sex trafficker.

“I was rescued by law enforcement, and I feel that it is necessary that we work and partner with law enforcement to engage these men, women, boys, and girls on the streets. They need a reason to go in and say someone is being exploited.”

The bill also authorizes a person convicted of a violation of loitering with the intent to commit prostitution to petition the court for the dismissal and sealing of their case, and resentencing.

The U.S. Department of State has estimated that 14,500 to 17,500 victims are trafficked into the country each year. The figure does not include victims who are trafficked within the United States each year.

New York City is currently dealing with an open-air sex market that vice authorities are turning a blind eye to due to the Brooklyn District Attorney shifting from prosecuting prostitution cases. Brooklyn’s D.A. has moved to vacate 262 warrants related to the sex trade.

Powell said actions such as these empower pimps and sex traffickers.

“This is what it looks like if prostitution is legal,” Powell said of New York City’s approach to the world’s oldest profession.

California – a populous border state with a significant immigrant population, the State’s Department of Justice stated – is one of the nation’s top destination states for trafficking human beings.

After SB 357 passed the Senate Public Safety Committee in March by a vote of 4-1, Fatima Shabazz of Fatima Speaks, and co-lead of the Policy Committee for the DecrimSexWorkCA Coalition stated, “this is the first step in repealing a Jim Crow law that criminalizes Black and trans people in public spaces.”

“Sex workers are workers like anyone else, and they deserve to be treated with dignity and respect,” said Wiener, presenting his case for repealing what he views as a discriminatory law.

“Our criminal justice system criminalizes people – particularly Black, Brown and LGTBQ people – for simply existing and going about their lives. Laws like this one do nothing to make people safer, or stop sex

trafficking. Instead, they criminalize members of our community who are simply going about their lives. We need to support sex workers instead of criminalizing them.”