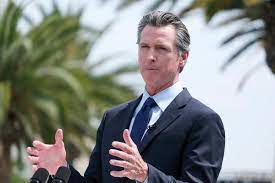 Sacramento, CA — A police reform bill calling for stricter standards on how law enforcement officers across the state use rubber bullets and tear gas for crowd control has been approved by both the California Senate and Assembly.

The legislation, Assembly Bill (AB) 48 introduced by Assemblywoman Lorena Gonzalez (D-San Diego), is awaiting Gov. Gavin Newsom’s signature. He has until Oct. 10 to sign or veto it.

“This bill will protect Californians’ right to safely protest by establishing statewide standards that help minimize the overuse of these dangerous weapons, while directly law enforcement on how and when they can deploy projectiles in truly life-threatening situations,” she continued.

AB 48 prohibits the use of kinetic impact projectiles – i.e., rubber bullets and plastic bullets – as well as chemical agents like tear gas by any law enforcement officer or agency “to disperse any assembly, protest, or demonstration.” It also prohibits their use solely “due to a violation of an imposed curfew, verbal threat, or non-compliance with a law enforcement directive.”

Under current law, a peace officer is allowed to use reasonable force to arrest or to prevent the escape of a suspect — or to subdue that person if there is resistance. Existing law requires the Commission on Peace Officer Standards and Training (POST) to provide instructional courses and training to law enforcement officers on the use of force.

POST is the state agency responsible for setting basic standards for hiring, training for police officers in all 58 counties.

In addition, AB 48 requires officers to be trained on the safe use of kinetic projectiles and chemical agents for situations where any person’s life is threatened or instances where a person faces serious risk of injury.

In these situations, according to the bill, officers would be required to employ other de-escalation techniques before using projectile weapons. Also, the officer must provide prompt medical assistance to any person injured. The bill prohibits aiming these weapons at the head, neck, or other vital organs.

Across the country, on average, officers receive about 50 hours of firearm training during the police academy. They receive less than 10 hours of de-escalation training, the Brookings Institution reported in April 2021.

AB 66 was also authored by Gonzalez.

CPOA is in favor of limiting the use of less-than-lethal force but has safety concerns about officers being struck by — or targeted with – life-threatening items such as frozen water bottles, bricks, and laser pointers.

“Restricting the use of less-lethal options limits the tools that are at an officer’s disposal to protect public safety,” the California State Sheriffs’ Association said in a statement opposing AB 48.

“However, by restricting when an officer may use those tools, their response to a particular situation may end up being guided by choices about practices that may be acceptable or unacceptable to some instead of what measure is most appropriate in the context of the event,” the statement continued.

Last year, Sen. Steven Bradford (D-Gardena), chair of the California Legislative Black Caucus, introduced another police reform bill, Senate Bill (SB) 731. Although that bill did not make it to the Senate floor for a full vote, SB 731, which proposed a statewide process to disqualify bad officers and block them from being hired by other agencies, resurfaced as SB 2 last December. The updated version of the legislation passed in the Senate with a 28-9 vote last week. It has been sent to Governor’s desk for signature or veto.

According to the State Sheriffs’ Association SB2 could be an obstacle in hiring, recruiting, and maintaining employees.

Bradford, on the other hand, says the legislation is timely and necessary.

“We want to be intentional about what we are doing here in California when it comes to police reform,” Bradford told the Senate Judiciary Committee about SB 2 last April.  That’s what this bill does. It’s intentional in what we are trying to achieve. This is a fair measure and far better than any that exist today.”