State Task Force Getting Closer to Identifying What Reparations Look Like 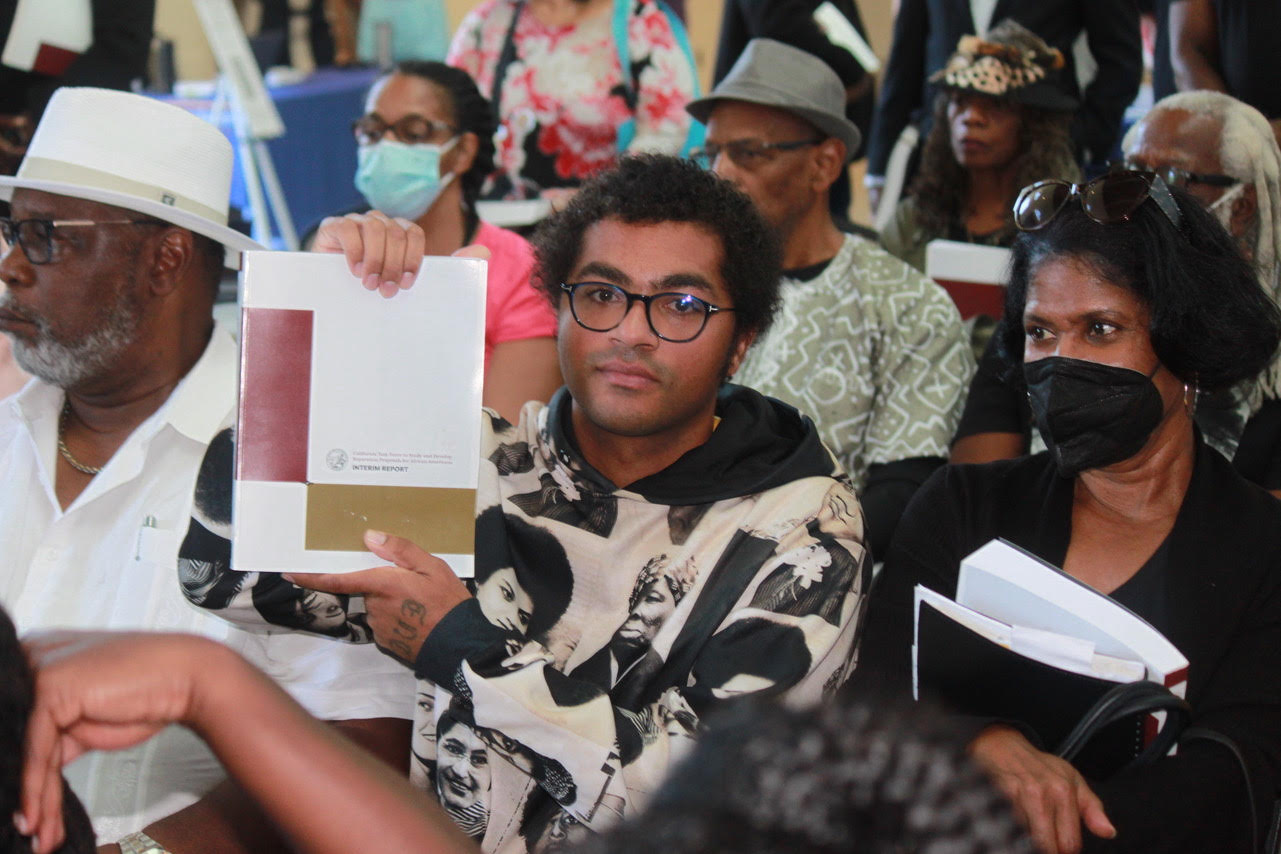 The California Task Force to Study and Develop Reparations Proposals for African Americans will be conducting its last meeting of 2022 on Wednesday, Dec. 14, and Thursday, Dec. 15, at Oakland City Hall Chambers located at 1 Frank H. Ogawa Plaza adjacent to 14th Street. The start time is 9:00 a.m., for both days, beginning with one hour of public comment. The meetings will be live streamed via the official Task Force website or ETM Media on YouTube.

Task Force chairperson Kamilah Moore says that the next meeting is of high importance “for a few reasons,” and will include an in-depth conversation about redress and repair.

“No. 1, we will begin to refine community eligibility standards (including residency requirements); No. 2, we’re inviting leaders from local/municipal reparations efforts from across the state to share their incredible work (i.e., Oakland, Los Angeles, Berkeley, Russell City, Palms Springs etc.),” Moore said in a Dec. 1 written statement. “No. 3, it will be the first-time task force members will collectively discuss and begin to determine what types of reparation proposals will be in the final report that will be released in June 2023.”

The task force’s two-year charge is scheduled to end in June 2023.

California’s AB 3121, signed by Gov. Gavin Newsom into law in 2020, created the nine-member task force to investigate the history and costs of slavery in California and around the United States.

The law charges the Reparations Task Force with studying the institution of slavery and its lingering negative effects on Black Californians who are descendants of persons enslaved in the United States.

From the information they collect the Task Force will develop reparation proposals for African Americans and recommend appropriate ways to educate Californians about the task force’s findings.

After the Task Force decided who would be eligible for compensation in March, the nine-member panel approved a framework for calculating how much should be paid — and for which offenses — to individuals who are Black descendants of enslaved people in the United States.

An expert panel reported to the panel in March that a “conservative estimate” of two million African Americans in California have ancestors who were enslaved in the United States. According to the US 2020 Census, there are about 2.6 million Black Californians out of a total state population of nearly 40 million residents.

The five-member expert panel, appointed by the task force, is quantifying past economic injustices African Americans faced in the state and elsewhere, and determining what or how much compensation should be for Black people living in California.

The expert panel includes Williams Spriggs (Chief Economist for the AFL-CIO and former Chair of the Department of Economics at Howard University), Thomas Craemer (Public Policy Professor at the University of Connecticut), and Dr. Kaycea Campbell (Chief Executive Officer for Ventana Capital Advisors and Associate Professor of Economics, Los Angeles Pierce College), Dr. William A. “Sandy” Darity Jr., (the director of the Samuel DuBois Cook Center on Social Equity at Duke University), and Kirsten Mullen, (a writer, and lecturer whose work focuses on race, art, history, and politics).

All five experts participated on the first day of the two-day meeting held at the California Science Center in Los Angeles two months ago. Spriggs and Campbell attended the event in person, while the other three experts appeared virtually.

Campbell and her colleagues discussed with the task force the “models” to provide a “road map” that would determine how reparations would be “paid and measured.”

The experts presented “five harms or atrocities” down from 13 they originally proposed, that could be used to determine compensations.

Campbell said the five categories under review will not be “exhausted” until they have received enough data to complete the process.

“This is not to say that other harms and atrocities are not important. As soon as, or if we get better data or more recent data, then we can in fact go through the process of what these look like,” Campbell said.

The experts made “rough estimates,” of unjust property taken by eminent domain, devaluation of Black businesses, housing discrimination, the disproportion of mass incarceration and over-policing, and health inequities as the major harms.

Task Force member Sen. Steven Bradford (D-Inglewood) released the following statement as clarification to the public that the Task Force has not proposed that the State compensate descendants of slaves with direct compensation for historical housing discrimination.

Bradford said, “Since its formation a lot of misinformation and willful misrepresentation of the work from the Task Force has been released. The fact is that the Task Force has not completed its work and has made no formal recommendations to the legislature. It’s important that we be deliberative and get this right because the nation is watching and it’s more than likely ours will be the model for all to follow.”