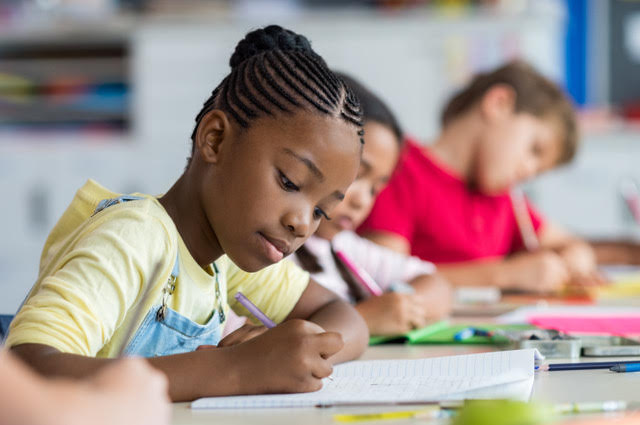 For Tony Thurmond, California’s African American State Superintendent of Public Instruction, American public education will never be the same after experiencing what it has over the last two years.

“The pandemic really did put a spotlight on places where there were big holes and gaps and inequities,” Thurmond told California Black Media (CBM). “In a nation with the wealth we have, that there should be a digital divide, I think that’s just a big example of the kinds of inequities that have existed.”

But Thurmond is hopeful. Working with lawmakers in both the California Senate and Assembly, he is sponsoring and supporting a range of focused legislation that, if approved, would increase access to education opportunities and improve learning for Black, Hispanic and other children who were most affected by the pandemic. Many of the children

Thurmond’s programs target are underperforming on the state’s standardized tests.

As a former Assemblymember representing the 15th District in Alameda County from 2014 to 2018, Thurmond is familiar with the sausage making that goes into creating policy. He is leveraging knowledge of that process, he says, to transform public education.

He told CBM, “Our number one bill is Senate Bill (SB) 1229.” The bill authored by Sen. Mike McGuire (D-North Coast) offers incentives to recruit 10,000 professionals to help support the growing mental health needs of students. SB 1229 provides $25,000 grants to aspiring mental health clinicians who commit to serving a minimum of two years as a mental health professional either in a school district or youth-serving community organization in high need areas.

Approximately eight million Californians, most of them from communities of color, live in areas with a shortage of behavioral health professionals.

“There’s no question that our students need all kinds of support for academic recovery, but our students and families need to really heal from the trauma that is this pandemic.” Thurmond said. “We’ve seen a spike in suicide for Black students; we’ve seen an increase in hospitalizations for young people.”

Addressing childhood literacy and biliteracy, is another of Thurmond’s priorities. Last year, he announced his vision that by 2026 all California students will be literate by third grade. He pulled together a Statewide Literacy Task Force of experts and community partners to design a strategy for reaching that goal. Also, to support the initiative, Thurmond pledged to secure one million book donations for students in need and he exceeded his goal with more than five million free online books downloaded.

The first is Senate Bill (SB) 952 (Limón), written to help existing schools convert to dual-language immersion programs. The second, Assembly Bill (AB) 2498 (Bonta), would expand Freedom School programs — evidence-based Afrocentric literacy programs that have been shown to help students improve their reading by one to two grade levels in as little as six weeks. The third is AB 2465 (Bonta), which would expand literacy programs to fund home visits.

According to Limon, “Dual language schools have demonstrated cognitive, social, cultural, economic and educational benefits for students. They are effective in closing the achievement gap and test results show that most dual language schools outperform other demographically similar schools.”

Assemblymember Mia Bonta (D-Alameda), who is a member of the Statewide Literacy Task Force, says, “AB 2465 was inspired by recommendations from the state superintendent’s Task Force to improve reading by third grade.”

There are several other game-changing education bills Thurmond is sponsoring. Among them are SB 830, which Sen. Anthony J. Portantino (D-Thousand Oaks) introduced. The legislation calls for funding schools based on school district enrollment instead of attendance. It would also finance efforts to address chronic absenteeism and truancy.

Then there’s AB1614, legislation introduced by Assemblymembers Al Muratsuchi (D-Rolling Hills Estates) and Patrick O’Donnell (D-Long Beach), who serves as chair of the Assembly Education Committee. That bill would increase the school funding base to provide greater flexibility to all school districts throughout the state.

According to Thurmond, “SB 830 gives districts predictability on how they receive funding and gives them important resources to address what has been one of our most perplexing challenges: dealing with chronic absenteeism in ways we have not yet seen before. It will put students and schools on a better path to further close opportunity and education gaps.”

Thurmond has thrown his support behind AB 2806, legislation that would help reduce suspensions of preschool children. This bill was introduced by Assemblymember Blanca Rubio (D-Baldwin Park). He is a sponsor of AB 2088 introduced by Assemblymember Jim Cooper (D- Elk Grove) that would provide paid internships to students within their Career Technical Education courses or pathways. Another bill Thurmond feels will help work through the challenges ahead is, AB 2794 that would fund the School De-escalation Specialist Pilot Program under the administration of the California Department of Education (CDE) to provide one-time grants to local educational agencies for the creation or expansion of non-police school safety programs. The bill was introduced by Assemblymember Mike Gipson (D-Carson).

Thurmond notes there appears to be no opposition to any of the bills he is supporting.

“I think the biggest challenge is that these bills have a cost, and they ask for money,” Thurmond told CBM. “I happen to think that while all of them are important if you invest in mental health, if you

invest in programs like literacy, and dual language programs, these programs will have a high return of investment for California schools.”

With the funds included by Gov. Gavin Newsom in the state budget and passed by the Legislature, Thurmond’s’ Department of Education is implementing a Universal Prekindergarten (UPK) Planning & Implementation Grant program. The initiative will expand prekindergarten for every four-year-old. The budget is covering a program serving two meals free of charge (breakfast and lunch) during each school day to students in grades K–12. Also budgeted is $3 Billion to establish community schools across the state that offer additional services to students and families.