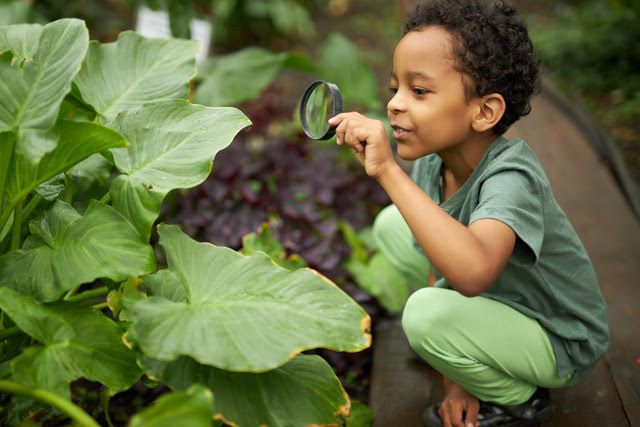 Last week, people around the world celebrated Earth Week with commemorations and activities leading up to Earth Day, on Friday, April 22.

Activists and advocates in California marked the annual event by highlighting the urgency of climate change and why, more than ever, communities of color need to be engaged and informed.

“We’ve got fire disasters every year, more than we’ve ever had,” said Gant. “People are dying, whole cities are being burned down in California and other places.”

The state’s ongoing drought, now in its third year, is another major environmental concern.

“Here in California, we are already seeing the effects of the climate crisis in the form of drought, record heat waves, and wildfires that have devastated entire communities,” said Rep. Barbara Lee (D-CA-13).

“As the United Nations and scientists around the world have made clear, we can still preserve a livable climate for future generations. But that window is closing fast,” Lee continued. “This year, we also must recognize that we are running out of time to save the planet for our children and grandchildren.”

“In the Central Valley, we’re having problems with water. Not just the fact that we’re in a drought but the little bit of water that even comes out of Central Valley is often contaminated,” Gant pointed out —

before he invoked Flint, Michigan and the water crisis that city experienced from 2014 to 2019.

Gant says water contaminated by drilling for fossil fuels in California is preventable.

On Tuesday, Gov. Gavin Newsom’s office announced that the state will be contributing $22.5 million to mediating the effects of the drought.

“With the climate crisis threatening communities across the West, we must double down on our work to build water resilience in our communities for the long haul,” said Newsom. “All of us must do our part to tackle the intensifying drought conditions felt across the state. We’re investing critical resources to battle the drought’s impacts on our communities and ecosystems and finding innovative solutions to deal with these new realities.”

Media that the Biden administration is committed to addressing issues of clean drinking water.

But water is not the only environmental issue facing Californians, says Gant.

“In Los Angeles, they have oil pumps right in the hood,” Gant said. “It’s bad for the environment and bad for the air that we’re breathing.”

There are 5,000 known, active oil or gas pumps in Los Angeles County.

According to Gant, the oil industry’s impact on the environment is also being felt in the Bay Area.

Gant also pointed to illegal dumping and freeways running through Black neighborhoods in California as causes for concern.

According to McCarthy, the White House is committed to tackling environmental equity “to ensure that the communities left behind end up being the focus of investments moving forward.”

McCarthy says equity is a part of President Biden’s “Justice40” initiative. The program commits 40% of the benefits from energy and climate investments to communities disproportionately affected by climate change.

So far, McCarthy says, that effort has been worthwhile.

“We have done everything we can, through guidance, through direction to states and local communities,” said McCarthy.

However, Gant feels more needs to be done to ensure the investments being made impact the people they are intended to help.

But, according to McCarthy, that is not solely the responsibility of the executive branch of the US federal government.

“We’re also going to not give up on calling on Congress because we need them to act,” said McCarthy. “We need American families, particularly those in our environmental justice communities, to once again know that the government is working for them.”

As far as solutions go, Gant says education and awareness are central to environmental justice in Black communities.

The governor’s office said that the state will be spending $8.25 million to increase water conservation outreach and education.

Gant says weatherization of California homes in low-income communities would be beneficial, as well as investing in renewable energy and zero emission vehicles.

“If we increase the use of renewable energy, not only are there jobs but we’d be reducing the amount

of greenhouse gasses that we’re putting into the atmosphere,” he explained.