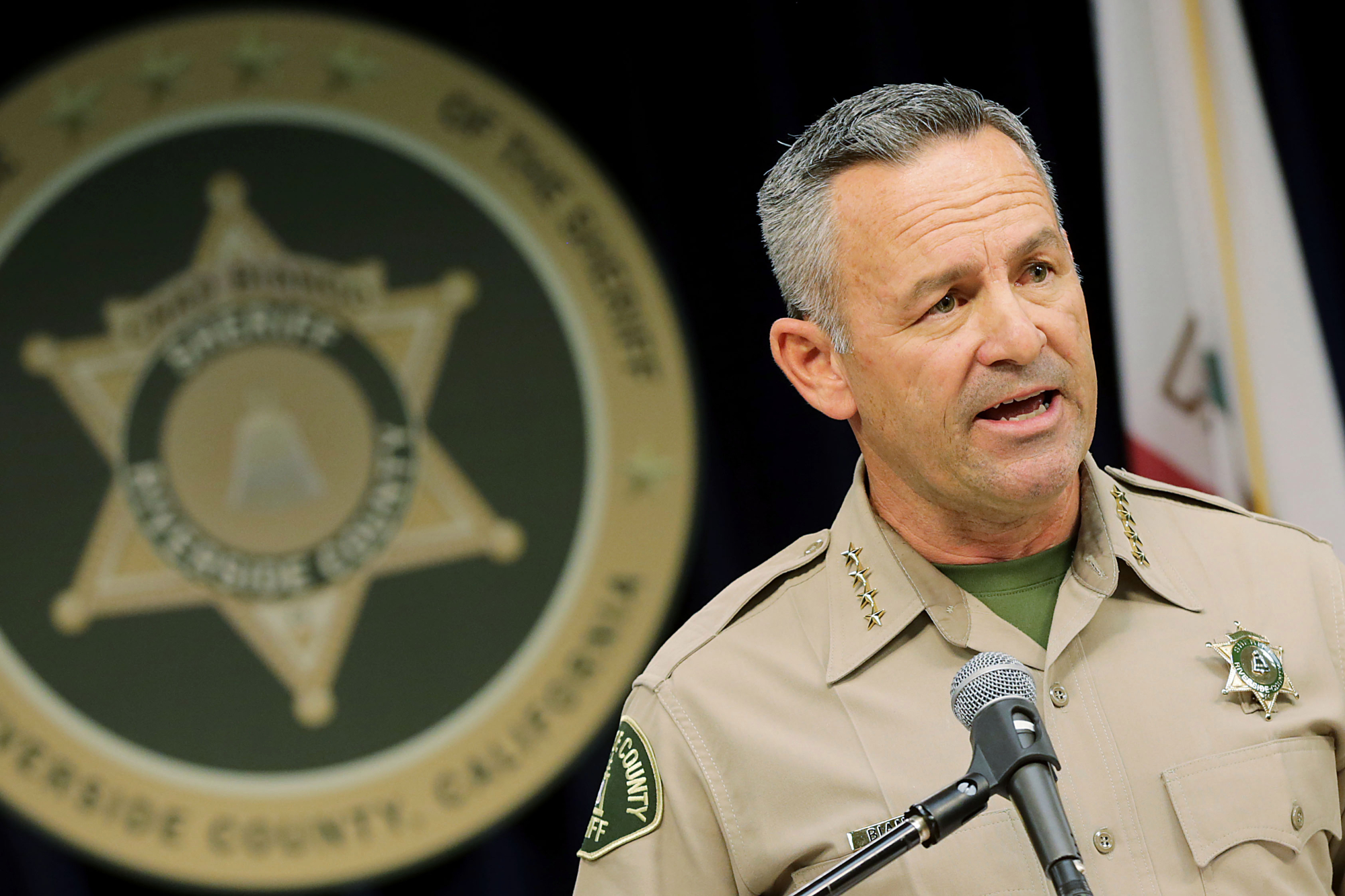 Riverside County Sheriff Chad Bianco is about to cause a lot of problems for the county and county supervisors.

During the podcast, he said, “I am anti-vax for Chad,” and “I will not mandate a vaccine for employees.” He also called the decision to take the vaccine personal.

However, the vaccine is the only defense against the coronavirus. Statistics show that the overwhelming number of coronavirus deaths are among the unvaccinated. According to a government website, in Pennsylvania, 97 % of Covid deaths were among people who had not received the vaccination.

However, this isn’t the first time that Bianco has refused to follow governmental orders.

Last year, Bianco also refused to enforce the mask mandate enacted during the beginning of the pandemic.

According to news reports, Bianco tends to come across as someone who believes in freedom and the pursuit of enterprise over safety.

This made him a darling of far-right outlets such as FOX News Channel. He was interviewed on “Fox and Friends,” where he questioned Gov. Gavin Newsom’s mask mandate.

“It’s time to get back to opening up our businesses and letting our people do what our normal business activities are,” said Bianco during a 2020 interview. “And, you know, you just can’t arrest somebody for going out and exercising in public or not wearing a mask. You know, at the same time they are trying to force me to release real criminals from jail. They want me to make criminals out of law-abiding citizens that are, you know, trying to support a family. It doesn’t make sense anymore.”

So FOX News commentators are telling viewers to doubt the veracity of the vaccination and not get vaccinated while they’ve been vaccinated.

This kind of confusion has caused thousands of Americans to get infected and die from the disease.

Across the country, medical wards are full of people who regret not getting the vaccine because they listened to misinformation.

According to Kaiser Health News, Kevin Gammon is now in a Covid ward due to misinformation.

“Gammon is a truck driver from rural Lascassas in Middle Tennessee who said he listens to a lot of conservative talk radio. The daily diatribes downplaying the pandemic and promoting personal freedom were enough to dissuade him from vaccination,” said the article.

If Bianco goes forward with his plan, the Sheriff’s Department and jails will soon be full of Covid-19 positive people. And the disease currently has a 1% fatality rate, so some of those patients will die from the disease.

Covid-19 is already beginning to ravage police forces across the country. A recent news report stated that 10 Los Angeles Police Department officers have died from the disease.

There’s also an additional problem. If inmates at the Riverside County jail start testing positive and later dying from Covid-19, it sets up a situation where their survivors could turn around and sue the county. The claim could be the county refused to protect their family member against disease.

Bianco’s actions could turn Riverside County into a place like Maricopa County in Arizona. Under the mismanagement of Sheriff Joe Arpaio, once known as the toughest sheriff in the country, the department was accused of violating human rights regulations and abusing inmates. They did this by keeping inmates in scorching desert temperatures, serving them rotten food, and in one case leaving a female inmate to sit in clothes soiled by menstrual blood.