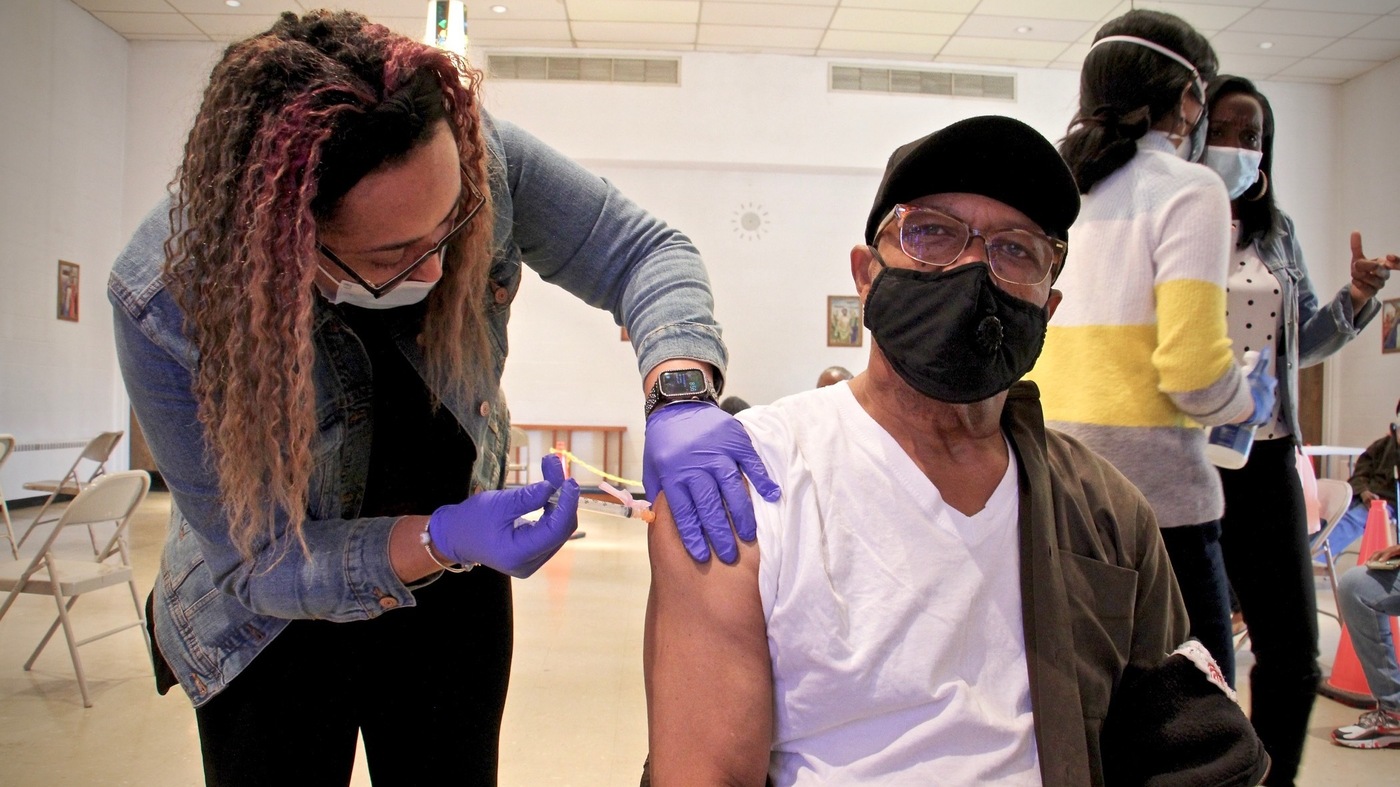 A recent teleconference, organized by Ethnic Media Services, featured doctors, ministers and civic leaders who were trying to raise awareness about the importance of African-Americans receiving their Covid-19 vaccination.

One of the featured speakers was Dr. Oliver T. Brooks of Watts Health. According to Brooks, African-Americans still lag in vaccination rates and we can see the consequences in the fatality rates. For example, the African-American senior Covid fatality rate is 7% which is higher than the average statewide (5 %) in California, he said.

“If you are unvaccinated, you are more likely to get Covid, to die from Covid, to be hospitalized, or spread it to other people,” he said.

According to research, Brooks said some of the reasons African-Americans say they have not been vaccinated are fear of missing work or lack of sick leave.

Brooks added that there is a long-standing fear and mistrust of medical authorities among the African-American community. For example, in the 19th-century medical schools used to steal Black bodies from graveyards for experimentation. So, African-Americans are dealing with centuries of suspicion towards people in white coats.

“We need not be dismissive about vaccine hesitancy,” he said.

Brooks added that for many African-Americans, reluctance to get the vaccine is not a political statement. They are dealing with decades of suspicion.

However, African-Americans are not anti-vaxxers.

“It’s more of a personal, not political decision,” said Brooks.

According to Brooks, the only way to convince more African-Americans to get the vaccination is by borrowing a line from Madison Avenue, which is repetition. He said that African-American community leaders have to keep repeating this message until it sinks in.

Dr. Michael LeNoir, M.D., chair of the board of the African American Wellness Project, also discussed some of the reasons why African Americans are reluctant to get the vaccine. He said that because of the negative history of African-Americans and medical experimentation, the Black community is automatically suspicious when the government tells them they need to get a vaccination.

“That has triggered suspicion of all vaccines,” he said.

However, LeNoir pointed out that it was important to protect yourself against Covid-19 with the vaccination because this disease can be lethal.

“Everyone who is not vaccinated will get a Covid infection,” he said.

LeNoir added some startling statistics about people who survived Covid-19 and have long-term repercussions. He said one-third of long-term Covid survivors have a neurological or cardiac problem and one-third have mental issues.

Rev. Steven Shepard, pastor of St. Paul African Methodist Episcopal Church in San Bernardino, is an example of an African-American who was reluctant to get the Covid vaccine. And he paid the price. He later came down with an infection of Covid-19 and was hospitalized. But, after almost dying from the disease, he’s now in favor of the vaccination.

“It’s my job to make sure our community has the right information,” said Brown.

But the damage done to the Black community by the infamous Tuskegee experiment, in which Black men were told they were going to receive treatment for syphilis but received no treatment, is real.

Alva Brannon, one of the speakers, said her father was a test subject in the Tuskegee experiment. And because of that, she was born with syphilis and suffered damage to her eyesight. This experience made her naturally suspicious of any government-sponsored vaccination program.