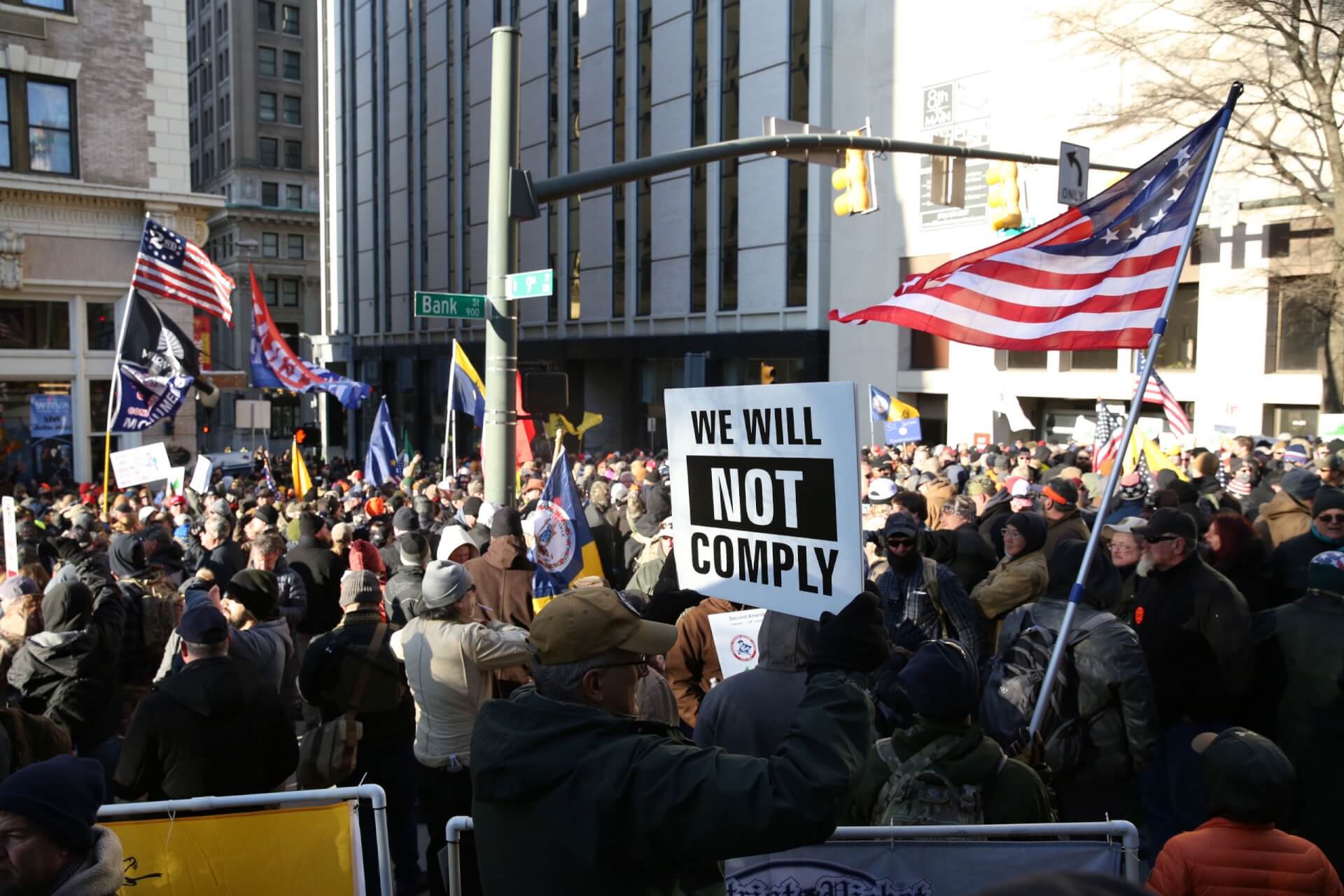 The city of Richmond has done something that is sure to leave Proud Boys, Antifa haters, “Back the Blue” advocates and other Second Amendment enthusiasts in their G.I. Joe wannabe feelings. Virginia’s capital city has passed a law banning guns on public property during protests and other events.

The Richmond Times-Dispatch reports that on Tuesday, the Richmond City Council voted unanimously to implement an ordinance aimed at preventing deadly violence at protests—and specifically anti-racism demonstrations—that have gone on in the city and across the country for months.

The new law, approved Tuesday evening, bans the carrying of guns at any event, whether or not it is formally permitted by the city. The ban would also apply to any public area by an event, including streets, sidewalks, alleys and other public rights of way.

Last month, council members had delayed a decision on the proposal over concerns about enforcement.

In remarks to the council before Tuesday’s vote, Richmond Police Chief Gerald Smith noted recent events in Kenosha, Wis., where a 17-year-old fatally shot two people amid recent protests after video emerged of a police officer shooting a Black man in the back seven times. There also was a fatal shooting during recent protests in Portland, Ore.

“When you increase tensions with firearms, it’s just not a good mix,” Smith said. “Sooner or later, we are going to have different groups with different opinions who square off with each other. I believe this will be something we can use to increase safety in all of Richmond.”

The ordinance—which is “based on legislation the General Assembly approved earlier this year to give localities more authority to ban guns in government buildings and public parks,” according to the Dispatch—did, of course, receive some pushback during Tuesday’s special council meeting from council members who voiced concerns about how police would enforce the new law as well as concerns over potential Second Amendment rights violations.

“I think it’s really weak. The way it’s written is not great,” Councilwoman Kristen Larson said. Larson expressed concerns that the law would affect people in areas adjacent to protests and other events but who are not part of said events.

More From the Dispatch:

Councilman Andreas Addison questioned whether protesters and activists would intentionally neglect obtaining an event permit, since the ordinance can be enforced only if signs notifying the public are posted at the event space.

The police chief, however, said law enforcement could post signs ahead of any events they learn of from flyers or social media posts promoting protests or rallies.

Addison suggested that enforcement of the ban would also be difficult in case of a dynamic march snaking its way through city streets. Smith said officers would seek compliance before taking any kind of action.

Despite these concerns, all council members voted in favor of the ordinance. Besides, if we’re being real, most people who oppose this kind of legislation don’t come with complaints that are as practical as that of the Richmond City Council.