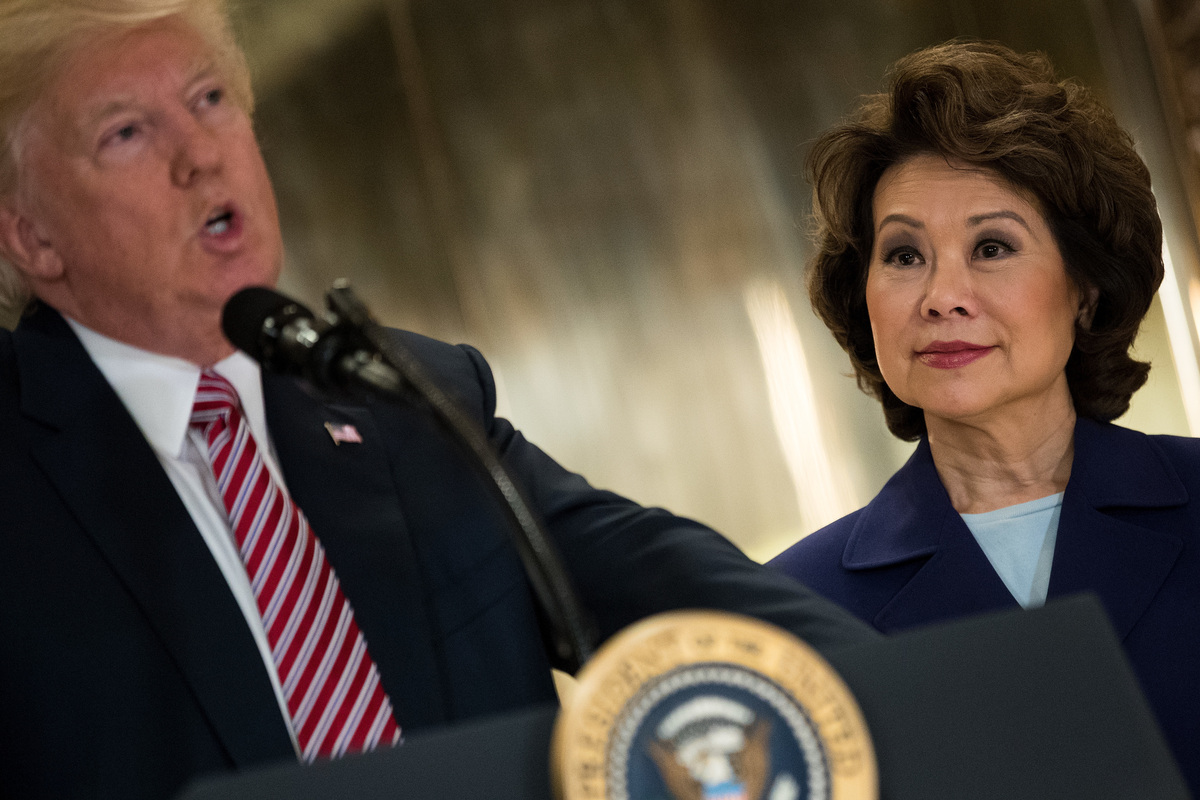 Some Republicans have just discovered that former President Donald Trump is a racist.

Trump usually rants on social media, directing hatred at his enemies. But now he has taken to targeting Republicans. This weekend, he targeted Senate minority leader Mitch McConnell and his wife Elaine Ciao on Truth Social. Ciao served as transportation minister in Trump’s cabinet and is of Asian descent.

Trump called her a “China-loving wife, Coco Chow.” The former president also accused McConnell of having a “death wish.”

However, this has proven to be a bridge too far for some Republicans. They are finally pushing back against Trump’s racism.

One of them is Alyssa Farah Griffin, cohost of “The View.” Farah Griffin served in the communications office in the Trump White House. Both Chao and Griffin resigned after the Jan. 6 Capitol attack.

But she said the attacks against McConnell and his wife were offensive.

“He’s not even trying to hide the racism at this point. Just despicable,” said Farah Griffin in a Twitter post.

Farah Griffin is of Palestinian descent. However, some of her cohosts considered her views hypocritical. They pointed out that she stayed quiet while Trump used racist slurs throughout his presidential run in 2016 and during his administration.

Ana Navarro, a Republican who is a “never Trumper,” accused Farah Griffin of having selective memory. She pointed out that Trump had a long history of racism and would be “racist to the daily dies.”

Farah Griffin responded with a muddled answer, which ducked responsibility. She said she went into the White House expecting Trump to change. But she realized he’s worse in private.

“But I’m here to tell you guys at home, like, he is worse than you what you see. He is worse than when he tweets or truths out on social media. This is not what our country deserves. We are too divided,” said Farah Griffin.

However, Farah Griffin wasn’t the only Republican to have a problem with Trump’s comments.

The Wall Street Journal editorial page, which usually leans right, accused Trump of trying to endanger McConnell and his family.

“… he’s attacking Mr. McConnell and his wife as part of a personal political vendetta, and putting every Republican candidate on the spot to respond to questions about the Trump rant. Mr. Trump always puts himself first, and with this rhetoric he may put others at genuine risk of harm,” according to the editorial.