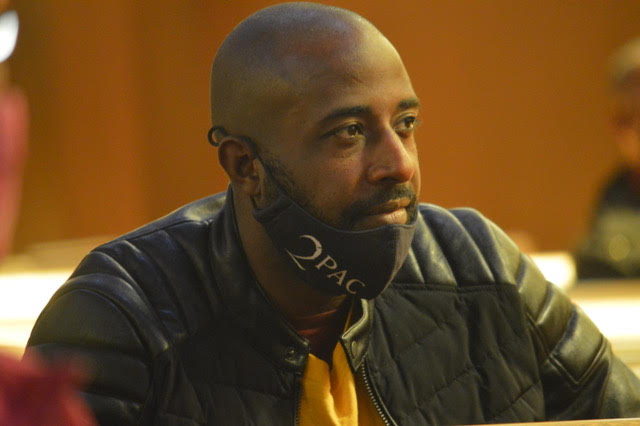 The Coalition for A Just and Equitable California (CJEC), a reparations advocacy group, is inviting residents of Northern California to attend a “Listening Session” to discuss reparations.

With the support of the California Task Force to Study and Develop Reparations Proposals for African Americans and the state’s Department of Justice (DOJ), the event, open to the public, will be held at the California Ballroom, located at 1736 Franklin Street.

“This is one of two, free official-sponsored listening sessions that the task force has asked us to do,” said Chris Lodgson, an Elk Grove resident and CJEC member. “This will definitely help us get an accurate account (of the harms) done to Black people in this state.”

CJEC is a state-wide coalition of organizations, associations, and community members united for reparations for the descendants of enslaved Black American men and women.

The listening sessions are designed to ensure certain communities in the state provide their thoughts and concerns about the work the task force is doing.

Each organization will help the task force evaluate California’s role in slavery and Jim Crow discrimination – and follow that work up with developing resolutions to compensate African Americans for past and ongoing race-based injustices.

Task force members expected to attend the Oakland session are Dr. Jovan Scott Lewis, chair of the Department of Geography at the University of California Berkeley; and vice-chair Dr. Amos Brown, a civil rights leader and respected Bay Area pastor whose journey to leadership started under the tutelage of Dr. Martin Luther King Jr. in the 1960s.

Lewis has just published the book, “Violent Utopia: Dispossession and Black Restoration in Tulsa.” Lewis, a Jamaican-born scholar, retells details of the 1921 Tulsa race massacre and paints a picture of its aftermath. His book traces the history of Black Oklahomans from the post-Reconstruction migration of formerly enslaved people to that state’s Indian Territory to contemporary efforts to rebuild Black prosperity.

The monograph focuses on how the massacre in Tulsa’s Greenwood neighborhood, colloquially known as “Black Wall Street,” diminished the spirit of freedom and derailed progress African Americans had begun to make.

Scott told Los Angeles-based Politics in Black, a podcast hosted by reparations advocates Chad Brown and Friday Jones, that his

purpose is to listen to the residents of Oakland and supply them with background information about the Task Force.

The Task Force will submit its first report to the California legislature in June. The 13-chapter document will detail the committee’s findings thus far and include recommendations related to them.

“It’s important to know that these are preliminary recommendations. The actual work of coming up with reparations recommendations is what we’re going to be doing for all the issues (for the final report in 2023),” Scott told Brown and Jones. “I am really looking forward to having the conversations that we will have over the next several months around compensation. Reparations are compensation, and from day one, my position has been cash-based reparations.”

Gov. Gavin Newsom signed Assembly Bill (AB) 3121 into law in 2020. California Secretary of State Shirley Weber authored the legislation establishing the task force when she was a member of the State Legislature. The committee is charged with studying slavery and its lingering effects on African Americans with a “special consideration” for descendants of persons enslaved in the United States, the bill language instructs.

AB 3121 also requires members to recommend what compensation should be, who should receive it, and how it should be paid. A panel of economists contracted by the task force will provide their perspective on the financial aspects of compensation and its impacts.

Marcus Champion, a board member for the National Assembly of American Slavery Descendants Los Angeles (NAASDLA) and CJEC will also speak at the listening session in Oakland.

Kellie Farrish, a professional Bay Area genealogist and member of the Association of Professional Genealogists, will join Champion at the session. She has 20 years of experience working with African American families descended from slavery, piecing together their broken family histories.

“These listening sessions are important and probably the center, the core part, of the task force’s community engagement process,” Lodgson said. “This is one of the more important ways that the community can learn about reparations in California. This is the way to get the word out to the people from seven organizations.”

The Listening Session at the California Ballroom is free. For more information, visit TWITTER: @cjecofficial or inquire at CJECOfficial@gmail.com