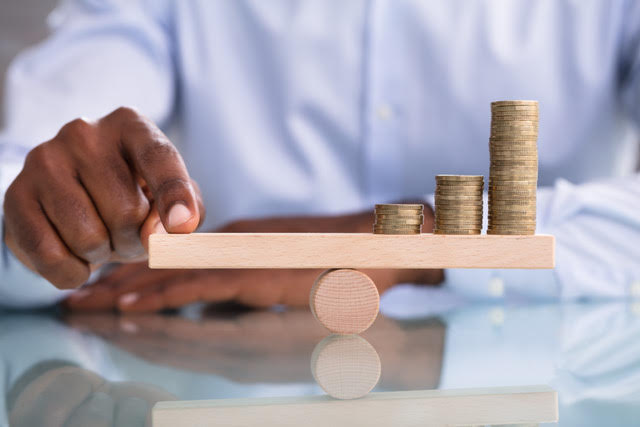 As the costs of goods surge nationwide along with gas prices, Gov. Gavin Newsom is committing $18.1 billion in “inflation relief” to Californians through the California Blueprint, his mid-year revised budget proposal.

The White House is also taking steps to ease the pinch from inflation Americans across the country are experiencing.

California’s economy is the largest in the United States and is currently experiencing a budget surplus of close to $100 billion, according to the governor’s office.

“Backed by a robust surplus and grounded in our unshakable values, we’re paving the California Way forward to prosperity and progress for all,” said Newsom recently, referring to investments the state is making in financial relief efforts, including an increase to the minimum wage, rental and utility bill assistance, tax refunds, health care subsidies, and more.

As Newsom and federal government officials announce relief packages to tackle inflation, they are taking the opportunity to criticize their colleagues across the aisle.

“While gridlock persists in Congress and Right-wing fanatics turn statehouses across the country into laboratories of hate and oppression, here in California, we’re putting in the work to grow our economy and implement real, inclusive policy change to create a brighter future for all,” said Newsom.

President Joe Biden also urged Republicans in Congress to cooperate with Democrats on their inflation efforts.

“I encourage Congressional Republicans to join us in our efforts to lower prices for families across the country, by making more in America, strengthening our supply chains, and cutting energy and prescription drug costs,” Biden tweeted recently.

The federal government’s plan for offsetting the impact of inflation includes giving Medicare the power to negotiate prices for prescription drugs and bringing food prices down in grocery stores by “bringing more competition to those markets,” according to Sameera Fazili, Director of the White House National Economic Council.

Fazili told California Black Media (CBM) about some of the unique challenges facing communities of color as the prices of goods and services skyrocket nationwide.

One such challenge is childcare, which is essential for many parents of color as they are less likely to work remotely.

“Often times, the amount that you spend on childcare may be as much as what you bring in from going to work,” said Fazili.

The White House has also received commitments from large internet providers to lower the cost of internet access for lower income households. such as Verizon, for example, has committed to dropping monthly payments for highspeed service by $10.

Housing is another challenge for Black Americans, Fazili told CBM.  “We don’t have enough affordable housing in this country,” said Fazili.

Fazili said the federal government cannot directly lower or raise the price of gas because gas is traded on the global market.

United States Secretary of Energy Jennifer Granholm told CBM that the increases in gas prices are due, in part, to U.S. sanctions on Russian oil because of the country’s invasion of Ukraine.

Granholm says since the European Union is following the U.S. with sanctions on Russia, there might be additional challenges around the corner.

To combat this, the federal government plans to tap into the U.S. Strategic Petroleum Reserve in the

Gulf of Mexico, which Granholm called the “biggest tool we have” against rising gas prices.

On the state level, Granholm praised California’s approach to combating these prices.

“Some states are providing direct payments to people — I know Gov. Newsom has looked at that – to try to alleviate this huge impact on people’s wallets,” said Granholm.

Fazili says she is optimistic. When the economy begins to recover from hardships it is currently experiencing, the financial outlook for Blacks will begin to improve as the equity and relief programs the Biden administration is implementing take effect.