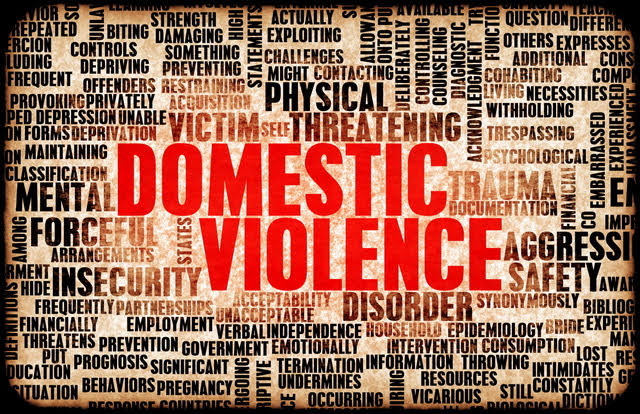 Last month, Gov. Gavin Newsom released his May Revise of the state budget. Included in the whopping $300.6 billion budget proposal are generous allocations to fund initiatives in health, higher education, public safety, and other areas.

Now, as the Governor’s office and Legislature hammer out details of the final budget, The California Partnership to End Domestic Violence (The Partnership) sent out a press release critical of Newsom’s budget plan.

“Domestic and sexual violence are not inevitable and can be prevented with long-term initiatives that educate and equip Californians to change unacceptable social norms and systems that perpetuate violence,” The Partnership’s statement read.

The domestic violence advocates say their plan includes $15 million that would go towards ongoing funding for prevention programs and an additional $25.5 million for “under-resourced and over-represented communities to support culturally specific responses, innovations, and holistic approaches to end violence for future generations.”

The advocates are now calling on leadership and members of the Legislature to ensure a comprehensive approach to addressing sexual violence and domestic violence is included in the final budget that will be released June 15.

Eric Morrison-Smith, Executive Director of the ‘Alliance for Boys and Men of Color,’ is part of a network of organizations coming together to fight for funding to keep preventative programming initiatives alive.

“Everyone deserves healthy and safe relationships and that builds healthy and safe communities,” said Morison-Smith. “We believe it is necessary to move towards restorative justice, community-based healing and accountability when it comes to cases of sexual and domestic violence. Funding organizations that represent the communities these individuals come from helps end the cycle of abuse that often stems from what they’ve seen hat home into their adult lives.”

A recent study conducted by the University of California San Diego School of Medicine found that over one million Californians have committed either physical or sexual violence (or both) against an intimate partner within the last year. CDC data also shows that more than 1 in every 20 California adults are victims of these violent acts perpetrated by an intimate partner each year.

According to The Partnership, 55 new prevention initiatives have been created in California this year and existing funding has fueled their progress in aiding communities.

Carolyn Russell, Executive Director of ‘A Safe Place’ in Oakland, heads an organization that would benefit from the funding The Partnership and other advocates are proposing.

“Through our mental health program, we provide therapy for teens,” she said. “We recognize that outreach is great, but until you see intervention with direct services, you’re missing the mark with teens. We’re trying to re-educate youth and provide Cognitive Behavior Therapy to reshape their behaviors. This funding is crucial to educate potential perpetrators to unlearn behaviors that lead to this type of violence.”

The Partnership is also highlighting that the cost of sexual violence to the state of California far outweighs the amount of funding they are asking for to help prevent it.

Sexual violence costs California $140 billion annually, and the running tally of the economic burden of domestic violence is nearly $400 billion, according to The American Journal of Preventative Medicine.

The Legislature has until June 15 to propose amendments to the budget and vote on its approval.

“Prevention programs establish new belief systems and behaviors that promote emotional healing and mental well-being. Without ongoing funding to galvanize communities to offer healthy and safe alternatives, cycles of violence will persist throughout the state,” The Partnership emphasized in its reaction to the state budget.