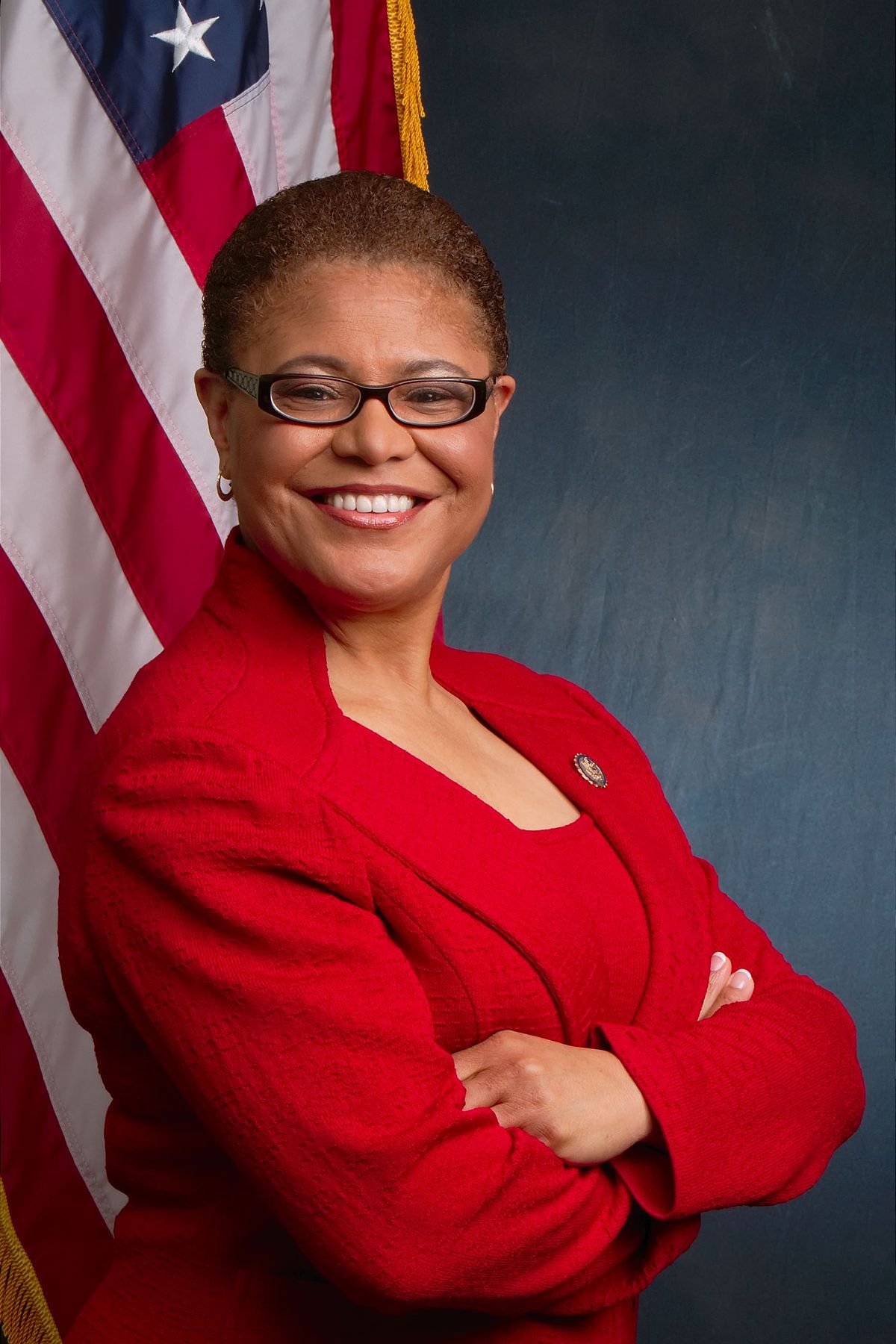 Statewide — A loudening chorus of voices from across California and around the country are putting pressure on California Gov. Gavin Newsom to appoint Rep. Karen Bass (D-CA-37) or Rep. Barbara Lee (D-CA-13) to fill the state’s soon-to-be-vacant U.S. Senate seat that will be vacated by Vice President-elect Kamala Harris.

A coalition of community groups and organizers from Southern California have created a petition at Change.org titled “Let’s Keep the Seat.” It asks for support to keep a Black woman in Harris’s position and points out why that decision is important.

“Please sign the petition and join the movement to urge Governor Gavin Newsom to replace Kamala Harris with either Congresswoman Karen Bass (D-California), Chair of the Congressional Black Caucus or Congresswoman Barbara Lee, both of whom are coalition builders with significant National and Foreign Policy experience,” it states.

“We hope California Gov. Newsom will honor Californians’ historic choice and make sure the nation’s largest state continues to be represented by a powerful, progressive Black woman who will make her state proud,” Simpson stated in a letter dated Nov. 10.

The California Legislative Black Caucus (CLBC) and other Black leaders are also piling the pressure on Gov. Newsom to appoint an African American woman to fill the seat.

“These are two public servants who have a history of being inclusive. Their politics don’t represent a narrow view of democracy, but an expansive view,” said Ridley-Thomas.

“The African American community has worked hard to elect the first African American Senator in the state,” Weber said. “Though we represent a small percentage of California’s population, our voting power demonstrates our ability to build strong coalitions across diverse communities. We are adamant that this position goes to an African American woman.”

At noon on Saturday, Nov. 21, the California Democratic Party Black Caucus is joining with other women organizations — including the National Organization for Women NOW) and Black Women United (BWU) — to hold a rally at the California State Capitol in Sacramento. At the event, they will be calling on the governor to appoint Lee or Bass.

In 1998, Congresswoman Barbara Lee was elected to serve California’s 9th congressional district (now the 13th) in a special election. She serves on the Budget Committee and the Appropriations Committee, which oversees all federal government spending.

She also serves on three subcommittees: State and Foreign Operations; Labor, Health and Human Services and Education; and Agriculture, Rural Development, Food and Drug Administration) of the Appropriations Committee.

Re-elected to her sixth term on Nov. 3, Bass serves on the House Committee on Foreign Affairs where she is the chair of the subcommittee on Africa, global health, global human rights, and international organizations. She is also a member of the House Judiciary Committee.

Prior to serving in Congress, Bass made history as first African American woman elected to be the speaker of the California Assembly.

“We have two outstanding individuals that are being put forth. Two phenomenal women with unquestionable credentials and leadership abilities,” Bradford said of Lee and Bass.

Carol Moseley Braun was the last Black woman elected to the Senate in 1992. Harris, elected in 2016, followed Barbara Boxer, who served in the role of junior Senator from California from 1993 to 2017.

Brittany Cooper, a professor at Rutgers University in New Jersey says President-elect Biden and the Democratic Party owe Black women are owed for their votes and the role they played in the fight against a “massive voter-suppression campaign” during the 2020 election.

“Black women leaders are so important to this democracy precisely because they dare to keep dreaming, even after the immediacy of a perpetual nightmare like Donald Trump. Representation is not everything. But it is absolutely something,” Cooper wrote.

CLBC is supporting Lee and Bass to become California’s senator. But other women of color names have been floated, too, in California political circles, including San Francisco Mayor London Breed, the first Black woman elected to the position.

Other groups in the state have urged the governor to appoint California Attorney General Xavier Becerra, Secretary of State Alex Padilla, and Lt. Gov. Eleni Kounalakis, among others.

Gov. Newsom can either decide to make an appointment to complete Harris’s term, which ends in 2023, or he can hold a special election.

“We are adamant that Senator Harris’s replacement must be an African American,” said Weber. “The African American community has proven itself in this election – and in past elections – to be the strongest force in the Democratic Party.”