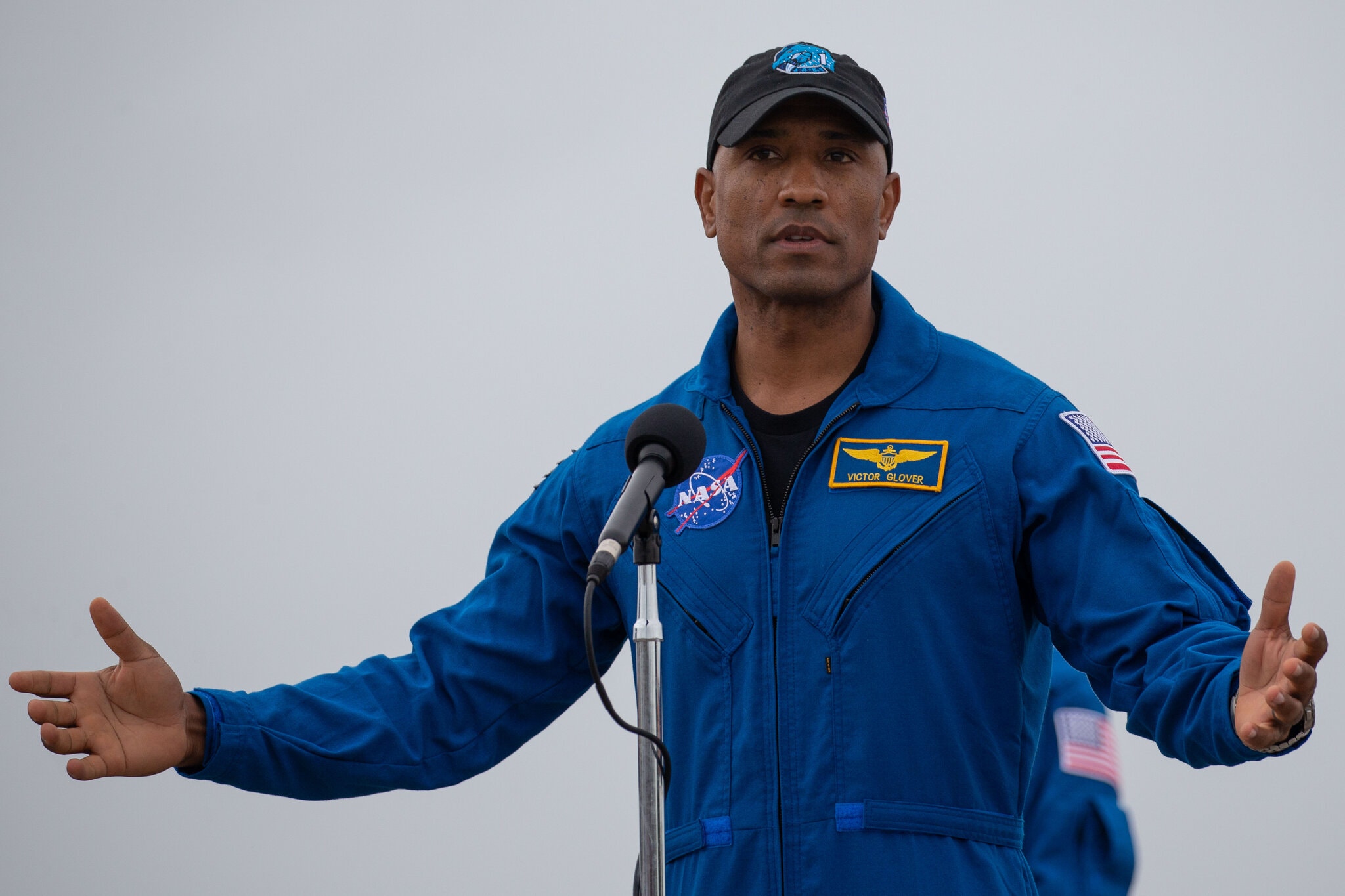 Pomona, CA — Four astronauts arrived at the International Space Station (ISS) Monday evening, but one of them has made history following the 27-hour journey.

NASA astronaut Victor Glover is the first black person to live on the orbiting lab for an extended stay – he will call the massive ship home for the next six months.

Glover, 44, joined NASA’s ranks in 2013 and is a commander in the US Navy, but is now the 14th black astronaut to venture into space.

He is part of the Crew-1 mission that launched from Kennedy Space Center on November 15 aboard the Space Crew Dragon Capsule named, ‘Resilience.’

NASA has sent more than 300 American astronauts into space, but only 14 of them been black, The New York Times reports.

And although others have boarded the ISS during space shuttle missions during its construction, Glover is the first black astronaut to have an extended stay as part of the crew.

‘It is something to be celebrated once we accomplish it, and, you know, I am honored to be in this position and to be a part of this great and experienced crew,’ Glover said during a conference last week, before the November 16 launch.

‘And I look forward to getting up there and doing my best to make sure that, you know, we are worthy of all the work that’s been put into setting us up for this mission.’

Glover’s love for space began in middle school after watching a spacecraft launch and decades later, he has turned that dream into a reality.

He began his career in the US Navy as a test pilot and worked his way up to commander, allowing him to soar through the sky in the McDonnel Douglas F/A-18 hornet- a twin-engine, supersonic combat jet.

‘Flying has been such an important part of my professional life and I love to do it,’ Glover said in a NASA video.

‘6,400 feet, that’s the highest up I’ve ever been above the ground and so to get to a point beyond that, that’ll be a little special moment.’

It seems Glover is having that special little moment, as he is now 1,161,600 feet above Earth’s surface.

‘I’m a rookie astronaut, I’m the pilot and going to be learning the ropes from a very experienced crew,’ said Glover.

He and the other three astronauts docked with the ISS around 11pm ET Monday.

The four astronauts emerged from the capsule about two hours after completing necessary checks to ensure the capsule and the ISS had an air-tight seal.

Altogether, Crew-1 has spent roughly more than 30 hours inside the capsule since the mission began on November 15.

Guin S. Bluford Jr. was the first black astronaut in space, and traveled aboard the Challenger space shuttle in 1983.

Mae Jamison became the first black woman to take the journey in 1992 – neither were aboard the ISS, as it was not built until 1998.

NASA astronaut Jeanette Epps will become the first black woman to board the ISS in 2021.

Epps was set to be the first black astronaut to complete an extended stay on a mission in 2018, but was unexpectedly pulled from her June flight, The Washington Post reports.

NASA announced Serena Auñón-Chancellor, who previously was assigned to Expedition 58/59, has been reassigned to the Expedition 56/57 crew, taking the place of Epps.

The American space agency did not provide an explanation to why there was a crew change, but Epp’s brother pointed to racism.

‘My sister Dr. Jeannette Epps has been fighting against oppressive racism and misogynist in NASA and now they are holding her back and allowing a Caucasian Astronaut to take her place!’

Although Glover’s adventure is a major milestone in history, he said it is ‘bittersweet.’

Speaking with The Christian Chronicle, he said: ‘I’ve had some amazing colleagues before me that really could have done it, and there are some amazing folks that will go behind me.’

‘I wish it would have already been done, but I try not to draw too much attention to it.’

Glover is married to Dionna Odom, and they have four children.

He was born in Pomona, California and graduated with a bachelor’s degree in general engineering from California Polytechnic State University in 1999.

Those closest to Glover refer to him as ‘Ike,’ as a nod to a call sign a former commanding officer gave him that stands for ‘I know everything.’