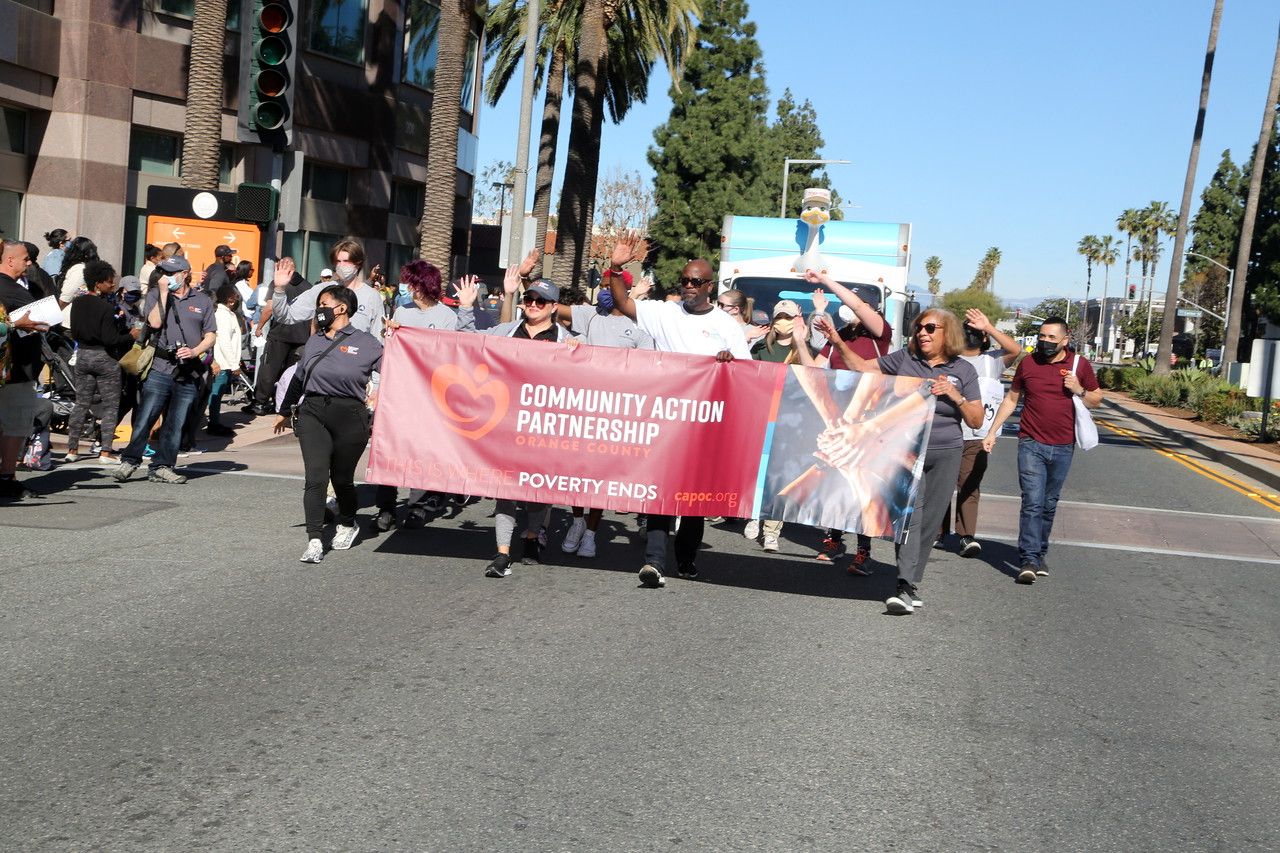 Orange County, CA The 42nd Orange County Black History Parade and Unity Festival was Saturday, February 5, 2022, in Downtown Anaheim, California.  This year’s theme: “Our Heritage: Reflecting, Advancing, Uniting.”   Mrs.  Helen M. Shipp founded the parade in 1980.  The first Orange County Black History Parade was held on February 9, 1980, in the heart of San Ana’s Black community.  The parade marched from South Sullivan Street, turning a right down West Willis Street then another right onto South Rautt Street down to West Monte Vista Avenue back to the Jerome Center.  There was a total of eight entries.

Anaheim has hosted the Orange County Black History Parade since 2011.  As the city with the largest population of African Americans, it brings thousands together to celebrate the richness of the Black Culture.  With the partnership between the city and organizers with the Orange County Heritage Council, the parade has become an event that all of Anaheim and Orange County look forward to every 1st Saturday in February.  Mrs. Ship’s motto: Honoring Our Heritage -Praising Our Present-Fortifying Our Future.”  Mrs.  Shipp wanted black people to be proud of our heritage and to pass on our rich culture for generations to come.

The Parade Route started at Anaheim Blvd/Lincoln Avenue went south to Water Street and returned to Anaheim City Hall.  After the parade, the Unity Festival was held at the Center Street Promenade.  Food vendors, organization informational vendors and three different stages were set up where great entertainment was enjoyed.  Maurice Griffin, a BET Sunday Best contestant was one of the entertainers that brought the spirit of the Lord and the unity of Black History to the crowd.  Griffin stated, “participating in the festival was important to me.  I was able to connect with other cultural being spreading light to the world.  Since I am black history, it made sense to be a part of the festival as a creator. I enjoyed every moment.”

This was a very successful event.  It was supported by businesses, the community, churches and civil leaders.  The Divine 9 was represented by Delta Sigma Theta Sorority, Zeta Phi Beta Sorority, Alpha Phi Alpha Fraternity, Kappa Alpha Psi Fraternity and Omega Psi Phi Fraternity.  This event did not take place last year due to the Covid-19 pandemic. Marching bands were missing from this year parade, but the Orange County Heritage Council is looking forward to a great event in 2023.