Home > Local > Opinion: Would You Pressure Your Kid’s Coach to Apologize for Winning by 106-0?

Opinion: Would You Pressure Your Kid’s Coach to Apologize for Winning by 106-0? 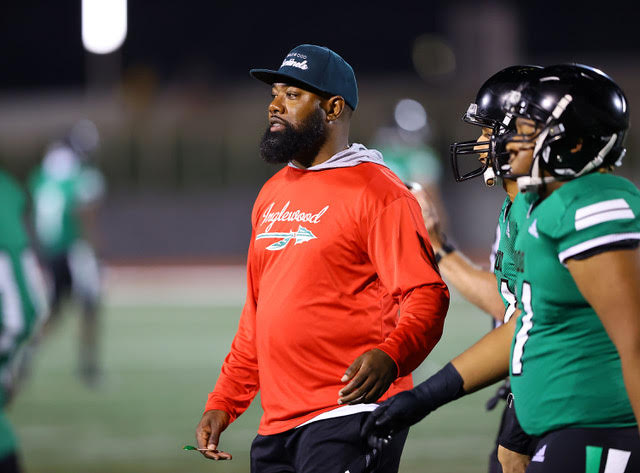 Coaches push the athletes they train to put their all into mastering the mental and physical aspects of their sport, preparing them to edge out competitors and perform at the height of their abilities.

But there are real-life situations, it seems, when attaining excellence proves to be too much – or maybe just not good enough.

This seems to have been the case Oct. 29 when an impressive shutout victory for Inglewood High School in Los Angeles County ended up turning into a bitter crosstown game of guilt, blame and grievances. That day, Inglewood High football coach and former Cleveland Browns defensive back Mil’Von James led his team to a 106-0 victory over rivals Morningside high.

Since that shellacking, education authorities have blasted James and Inglewood High for being too focused on winning that they failed to exhibit a spirit of compassion and sportsmanship.

released a scathing statement regarding the wide margin of the game’s final score.

“The CIF Southern Section expects that all athletic contests are to be conducted under the strictest code of good sportsmanship. “We expect coaches, players, officials, administrators and students to adhere to the Six Pillars of Character – Trustworthiness, Respect, Responsibility, Fairness, Caring and Citizenship,” CIF-SS fired off in a statement.

“A score of 106-0 does not represent these ideals,” the statement continued. “The CIF-SS condemns, in the strongest terms, results such as these. It is our expectation that the Inglewood administration will work towards putting in place an action plan so that an event such as this does not repeat itself.”

James, 38, said it was not his intention to degrade or demoralize the Morningside High team.

“I apologized for the way things turned out,” James said even though, during the game, he benched his defensive starters after the second quarter and most of his other frontline players in the second half.

But Inglewood continued to run up the score on its hapless opponent.

Anyone who knows James personally would know – and can attest to the fact — that his intent was never to bring shame to the game that he loves.

Coaches like James who have played college and pro-football understand the fierce competitiveness it requires for young people to succeed when pursuing careers as professional athletes. They train their students to be warriors, to dominate their opponents. Varsity sports is the highest level of competition in high school. Today, the advancement of training techniques and year-round coaching and development increases the likelihood that schools with the resources will outperform schools with sports programs that are underfunded or under-supported.

Since he became coach at Inglewood High three seasons ago, James has taken the team from a losing streak to being nearly undefeated. During that time, the team has moved from CIF-SS Division 13 to Division 2.

Inglewood student athletes have advantages in coaching and preparation that Morningside and many other schools do not.

James was a star on the football squad at Fremont High School in Los Angeles where he graduated in 2003. In college, he first played for the UNLV Rebels where he led the nation in passes; before transferring to UCLA and playing for the Bruins from 2003-2005.

After brief stints in the NFL and the Canadian Football League on the roster for the Cleveland Browns and the Vancouver Lions respectively, James began coaching high school football.

He is the founder and director of one of most successful 7 on 7 leagues in the nation, responsible for scores of future and current high school, collegiate and professional players.

Chances are, if you have observed any top football program in California, you have you witnessed his impact on young players, their development and their unmatched leadership skills – on the field and off it.

“Regarding Inglewood H.S. vs. Morningside H.S. Friday night 10/29 game, we at the Inglewood Unified School District (IUSD) are saddened beyond words by the events that transpired at the football game Friday between Inglewood and Morningside high schools,” the IUSD stamen read. “We will conduct a full investigation and take whatever steps are necessary to ensure that a similar outcome never happens again under an IUSD athletic program.”

High school sports, in many schools, is a training ground for college and pro athletes. Schools that have better resources will always have an edge.

It is unfortunate that this incident has placed a dark cloud over a high school sports program. Inglewood High’s football program should be celebrated for its league championship and undefeated record in a school district that is still in state receivership.

Kenneth Miller is the publisher of Inglewood Today.