91 % of Californians Voted by Mail in Gov. Recall Election 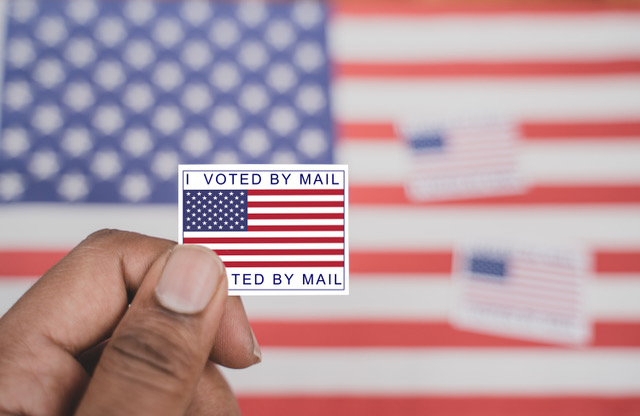 California Secretary of state Shirley N. Weber has certified the votes from the Sept. 14, 2021, California Gubernatorial Recall Election. The election marked the second time since 1913 that a recall petition made it to the polls in California.

California election law requires results for each replacement candidate to be tabulated and recorded. They can be found here.

“Despite the ongoing uncertainties of the pandemic, I am encouraged that millions of Californians were still committed to participating in the California Gubernatorial Recall Election – nearly 3.5 million more than participated in the 2003 recall election,” Secretary Weber said after announcing the certification of the vote. “As I’ve said before, democracy matters to Californians and giving them the option to participate early by mail, at secure drop-off locations or safely in person has clearly reinforced their commitment to making their voices heard.”

The California Secretary of State’s office made a substantial effort to conduct the election as smoothly and effectively as possible considering the unprecedented challenges pandemic safety restrictions presented. An online system for tracking mail-in ballots in real time was just one of a number of innovations implemented to give voters confidence that their voices would be heard.

91 % of all votes cast in the recall election were submitted via the mail-in option. Voting by mail in the United States started in the late 1800s. But in a first-in-the-nation execution, California mailed ballots to every registered voter in the state, a move voting rights advocates praised for setting new standards for expanding enfranchisement.

“I also want to commend the state’s elections officials and poll workers for stepping up to ensure the recall ran so smoothly,” Webber said. “The short timeline and the logistics of providing voter information, ensuring access to the election, securing the ballots and protecting the health and safety of voters were a challenging endeavor. Their effectiveness at delivering an accessible, fair and secure election under these conditions

deserves our respect. I am proud to serve with them in the administration of our democracy.”

The only successful California gubernatorial recall election was held in 2003 when Gov. Arnold Schwarzenegger replaced Gov. Gray Davis after winning 48.6 %of the vote.

Every California governor since 1960 has faced some form of a recall attempt. Newsom’s detractors cited his handling of the COVID-19 pandemic as the basis for this most recent attempt.

Since surviving the recall, Newsom has signed 92 % of the bills that have come to his desk into law. Among notable measures are sentencing reform for convicts and increasing commercial real estate taxes to fund affordable housing initiatives and fight homelessness.

“Traditionally, we have governors who have been more centrist than Newsom,” said Bill Whalen, a policy fellow at the Hoover Institution, in an interview with Newsweek. The Hoover Institution is a conservative think tank at Stanford University in Palo Alto. “With the recall now gone, this is a governor who is really not threatened in any way.”