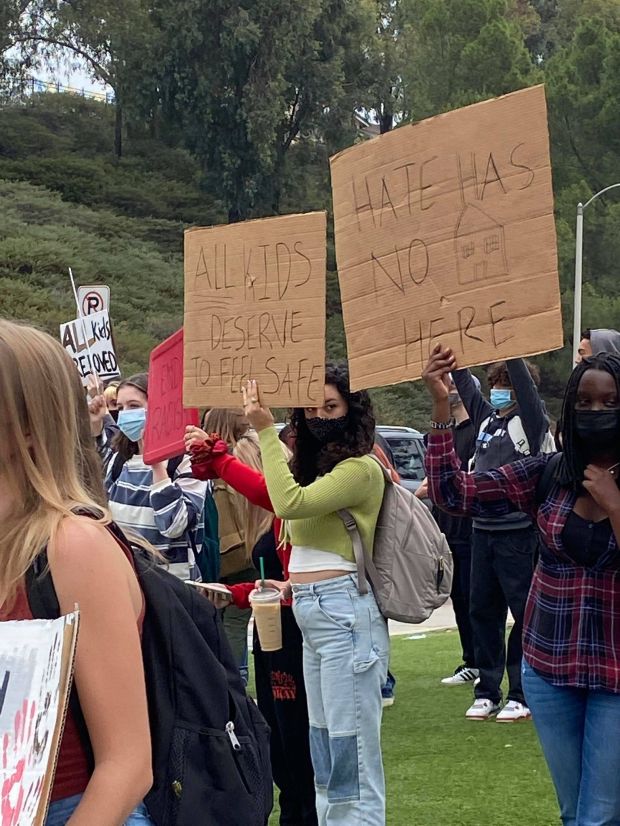 A racial incident at a football game between Valley View High School in Moreno Valley and Temecula Valley High School showed how little progress this country has made.

Unfortunately, these incidents are not uncommon and have worsened in recent years because of the political climate. There was an uptick in racial incidents at schools during the Donald Trump era. Many of the insults and slurs were based on Trump’s messages, such as threatening to deport Latino students and targeting Asian students with Covid-related slurs.

“Trump’s words, those chanted by his followers at campaign rallies and even his last name have been wielded by students and school staff members to harass children more than 300 times since the start of 2016, a Washington Post review of 28,000 news stories found. At least three-quarters of the attacks were directed at kids who are Hispanic, black or Muslim, according to the analysis,” according to a 2020 article.

However, it’s not surprising that this happened in Temecula. Temecula is predominantly white and leans Republican. Last year, during the elections, there were incidents of Trump motorcades trying to intimidate voters. The city has also been the scene of anti-immigrant and anti-Muslim protests.

Also, former Mayor James Stewart was forced to resign after responding to comments about Black Lives Matter. He said, “And I don’t believe there’s ever been a good person of color killed by a police officer.”

Earlier in the year, when the city council discussed its Race, Equity, Diversity and Inclusion initiative, a city councilor said Temecula didn’t have a race problem.

“Race is not our thing here. It has to be taken care of in the church. I can’t be your therapist,” said Jessica Alexander. She has also compared mask mandates to segregation.

That city council meeting descended into a host of conspiracy theories and accusations about Critical Race Theory.

On the bright side, some local students have pushed back against the incident.

“A small group of TVHS students rallied outside their campus to condemn their peers’ actions. They held signs with messages like ‘I Stand With The Valley View Cheer Team,’ ‘Hate Has No Home Here,’ and ‘All Students Deserve To Feel Safe,’” according to Patch.

“Our school district embraces diversity and strongly condemns hate speech and offensive, hateful language or racial intolerance of any kind on the sports fields, in school buildings, or anywhere on or off school premises. We will hold anyone found to have used such language while representing any of our schools accountable for their words and actions,” said Temecula Valley High School Principal Allen in a statement.