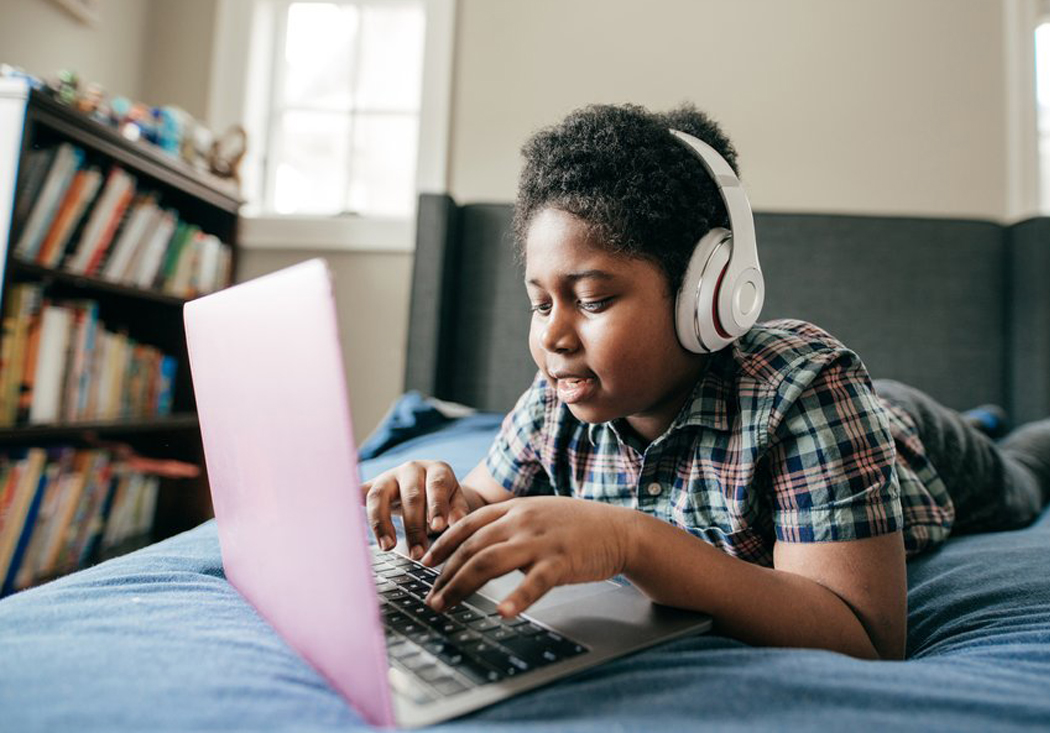 The coronavirus pandemic has rapidly reshaped the world as we know it. Millions of Americans are now forced to work at home. (About 22 million people are out of work, according to the Department of Labor.) In many cases, they are working alongside their children who have also been sent home. According to California Gov. Gavin Newsom, schools are closed for the rest of the academic year. During a press conference, he announced a partnership with Google to provide three months of free broadband Internet to families and give away 100,000 laptops.

“While schools might be physically closed, class is still in session,” said Newsom in a press statement. “This agreement is good news for students and parents, and the announcement means that more California kids will have tools to learn at home during this crisis. ”Education is now conducted through distance learning and online education. Ontario resident Amber January has two daughters who have been home since March 13.

January’s oldest daughter is a student at Upland High School and her youngest one goes to school at Sycamore Elementary School in Upland.

Her older daughter is continuing her education by following an online curriculum, the younger one is working with her teacher through Google Classroom.

So far, their mother has been satisfied with online education, but she said the high school side has some issues. January said her daughter misses interacting with her teacher. Now she has to send her an email and wait for her teacher to get back to her. January says she has to stay on top of things.

“I just have to be in constant contact with her teacher,” she said. “For the most part, it’s working.”

Both January and her daughters are making the most of online education, but she doesn’t see it as a long-term solution. January, who works for the Baldwin Park School District with special education students, says students miss personal interaction with their teachers.

“They like that one-on-one they are able to have with their teachers,” she said. “I’m not a fan of it (online education,) especially for the special education side. It wouldn’t be a long-term solution.”

Sabrina Munday has children who go to school in Claremont, but now they’re both home. Her younger daughter, who attends El Roble Intermediate School, seems to be handling online instruction well. Her school gave her an iPad and she does most of her work on that platform.

Her older daughter, who attends Claremont High School, is having a harder time adjusting to the new system. Munday said she seems to miss personal interaction with teachers.

“My oldest is not an independent learner,” said Munday, “she’s the type that needs attention and structure.”

The instruction is a combination of videos and online curriculum. There are even physical education classes where the instructor gives the students a series of exercises to do.  Munday’s daughters have been out of school since the middle of last month.

She added that she was glad that the schools were continuing to give her daughters’ an education. “Something’s better than nothing,” she said. She was worried that they would lose information by being out of school for such a long period of time.

Munday has also tried to provide structure for the girls at home by giving them chores to do and setting limits on their phone usage. However, she still likes the idea of her children going to a traditional school.

“I’d much rather them go to school and have professionals teach them,” said Munday.