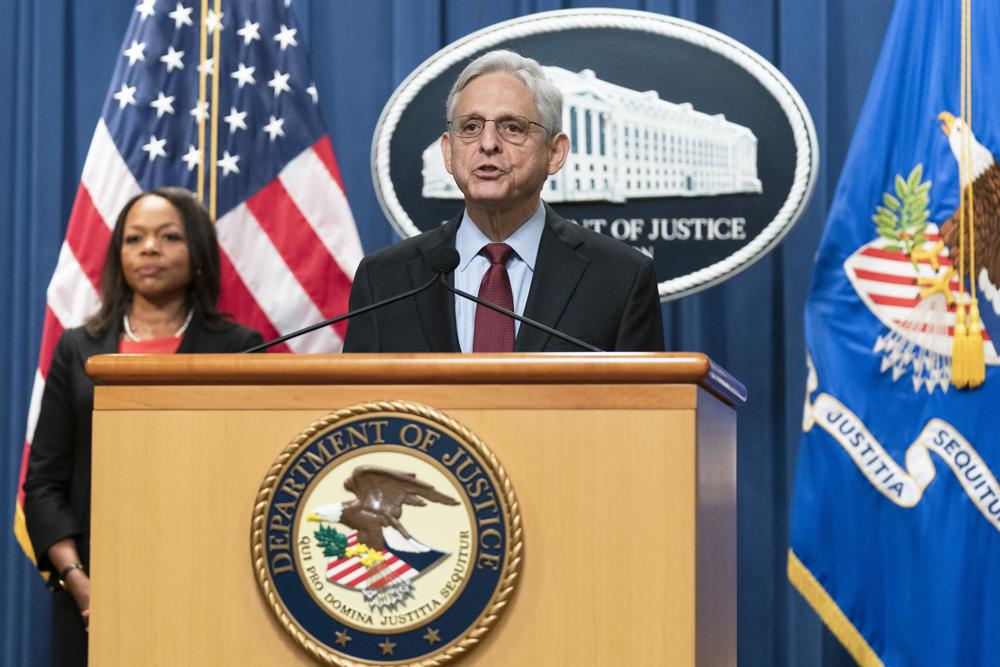 By ERIC TUCKER and MICHAEL BALSAMO

WASHINGTON (AP) — The Justice Department has asked a court to unseal the warrant the FBI received before searching the Florida estate of former President Donald Trump, Attorney General Merrick Garland said Thursday, acknowledging the extraordinary public interest in the case.

The request was striking because such documents traditionally remain sealed during a pending investigation. But the Justice Department appeared to recognize that its silence since the search had created a vacuum for bitter attacks from the former president and his allies, and Garland felt it wise to respond to the widespread demands for details about what the led to the FBI action.

“The public’s clear and powerful interest in understanding what occurred under these circumstances weighs heavily in favor of unsealing,” said a motion filed in federal court in Florida on Thursday seeking the the unsealing.

Garland also cited the fact that Trump himself had provided the first public confirmation of the FBI search, and the attorney general said that disclosing information about it now would not harm the court’s functions.
Garland also said he personally approved the search warrant, which was part of an ongoing Justice Department investigation into the discovery of classified White House records recovered from Trump’s Mar-a-Lago home in Palm Beach, Florida, earlier this year.

It was not immediately clear when — or if — the unsealing request might be granted or when the documents could be released. Trump will also have a chance to object.

The attorney general condemned verbal attacks on FBI and Justice Department personnel over the search.

“I will not stand by silently when their integrity is unfairly attacked,” he said, calling them “dedicated, patriotic public servants.”