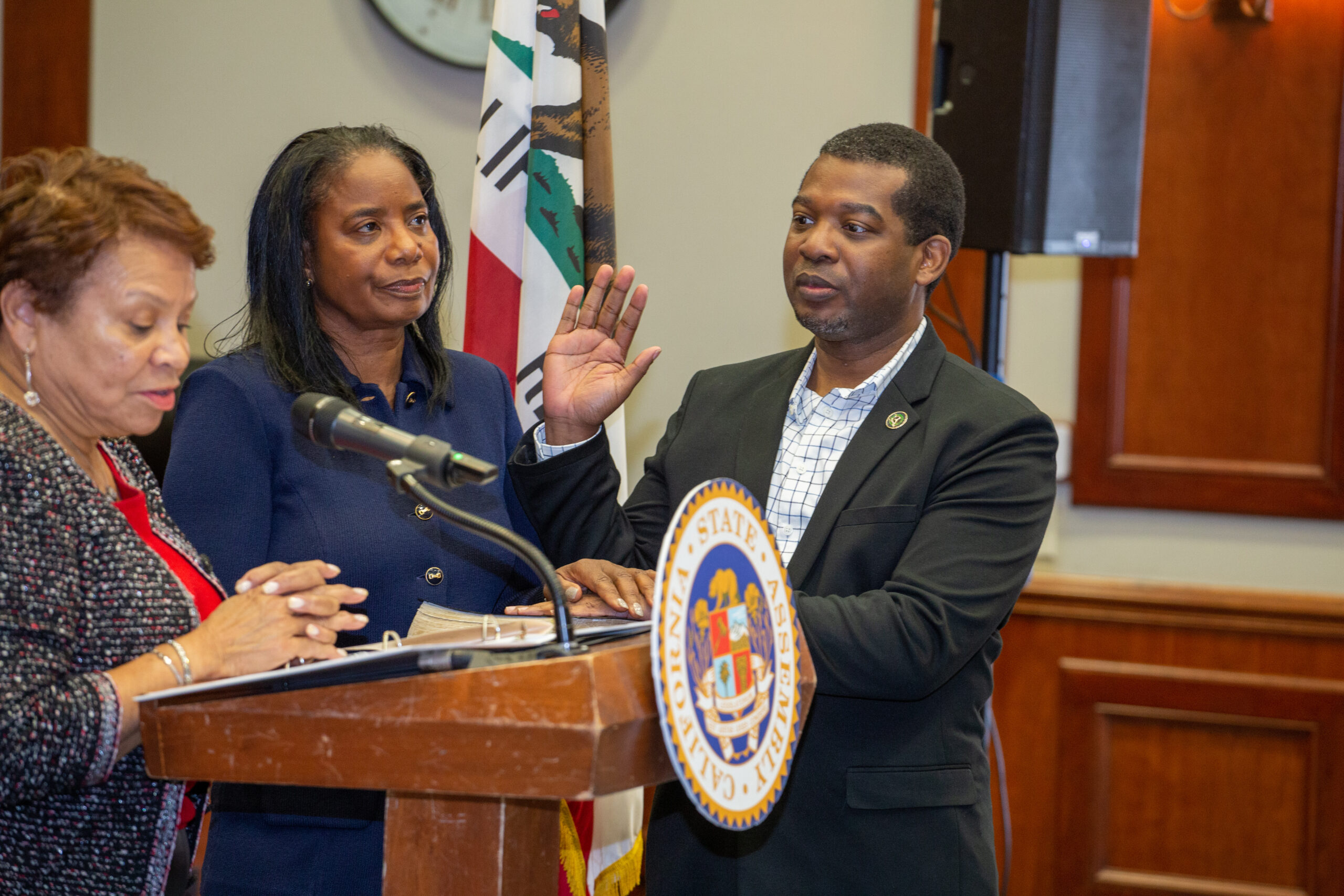 Dr. Corey A. Jackson (D-Riverside,) who was recently elected to the California Assembly, held a district swearing-in ceremony in Perris over the weekend. His district headquarters is in Perris.

The ceremony was held at the Perris City Council Chambers. It was attended by several Inland Empire elected officials, such as Rialto Mayor Deborah Robertson and Rialto City Clerk Barbara McGee. The oath of office was administered by Robertson and McGee.

During the ceremony, Jackson promised to be a voice for working families in the Inland Empire.

“It is not ok that people in the 60th Assembly District are only surviving, they should be thriving,” said Jackson in a press release. “Together, we will tackle the most pressing issues in California and make our state affordable, equitable and a place we can all thrive.”

In a video, Jackson said some of the issues that he sees as important for people of the district include housing costs, childcare, mental health and transportation.

Jackson represents Assembly District 60, which covers cities such as Moreno Valley, Perris, Hemet, San Jacinto, and parts of Riverside. Before being elected to the Assembly, Jackson served on the Riverside County Board of Education. He’s the first African American and openly gay person to represent Riverside County in the State Assembly.

Jackson is a graduate of Cal State San Bernardino (political science) and California Baptist University, where he received a master’s and a doctoral degree in social work. He’s the founder and chief executive officer of SBX Youth and Family Services, an organization whose mission is to break the cycle of poverty and child violence through mentoring. He’s also the youth minister at Moreno Valley Church of Christ.