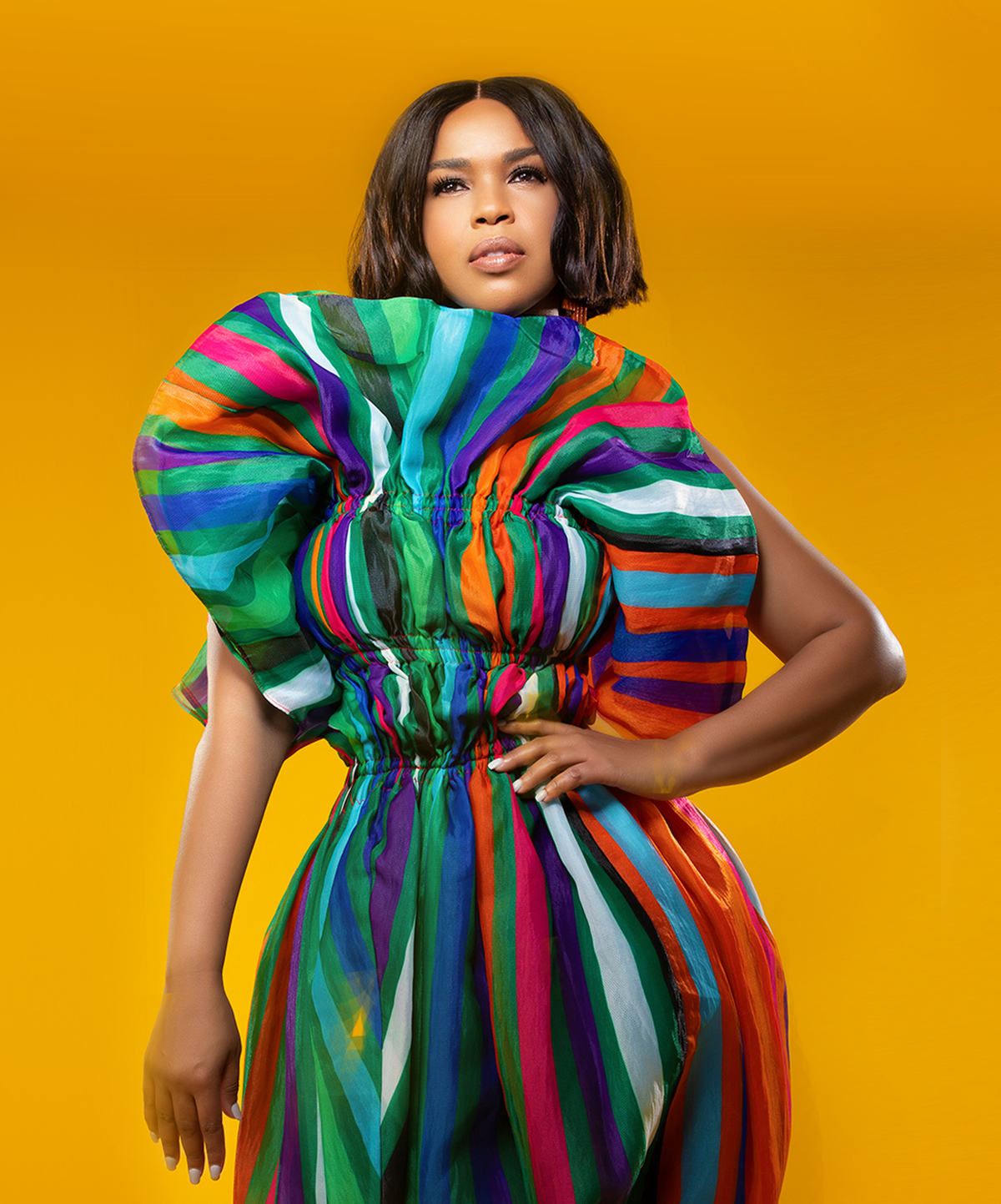 West Palm Beach, FL – Karima, the Dove Award-winning and Grammy-nominated recording artist, is making a splash as her debut single, “Redeemer,” climbs onto the Top 30 of Billboard’s Gospel Airplay chart. To celebrate its reception on radio and online platforms, DARE Records has released a brand-new performance video of the track that debuts this week on YouTube. The stylish black-and-white clip shows off Karima’s engaging performance style.

The original audio-video of “Redeemer” had already received more than 600,000 views by the time the single was released on April 2, 2021. Renowned DJ D-Nice included the track multiple times on his popular Club Quarantine live DJ stream. The single is available on all download and streaming platforms.

A songwriter as well as a singer, Karima may be best known as the co-founder and lead vocalist of the award-winning Contemporary Gospel trio Virtue, also featuring her sisters Ebony Holland and Heather Martin. Karima recorded seven studio albums with Virtue, beginning with the group’s self-titled debut, Virtue (1997), Get Ready (1999), Virtuosity (2001), the Dove Award-winning album Free (2003), Nothing But The Hits (a compilation album, 2004), and, after signing with producer Fred Jerkins III’s Darkchild Gospel in 2004, they released the Grammy Award-nominated Testimony (2006). The trio’s many hits included “Lord I Lift My Hands,” “Let The Redeemed,” “Greatest Part of Me,” “Get Ready,” “Angels Watching Over Me,” and “Put Your War Clothes On,” to name a few.

After some time off as a working mom and entrepreneur, the talented singer-songwriter was contacted by Michael-Anthony Taylor, Chairman and CEO of DARE Records, and was signed to the label in late 2020. A full-length project is expected in 2022.