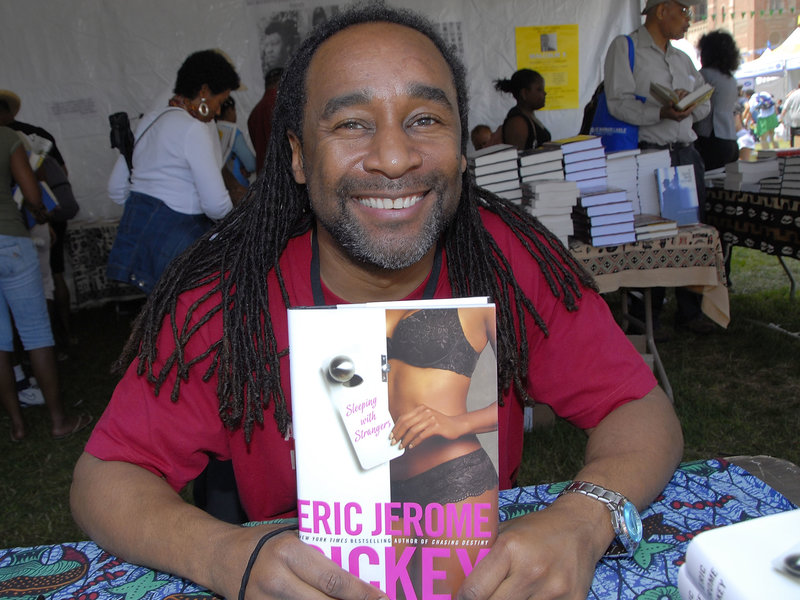 Nationwide — Bestselling author Eric Jerome Dickey, whose novels depicted romance, erotica and suspense from the Black perspective, including Milk in My Coffee, Sleeping with Strangers and Friends and Lovers, has died. He was 59.

He died in Los Angeles on Jan. 3 after a long illness, his longtime publicist confirmed Tuesday.

His publisher, Dutton, an imprint of Penguin Random House, referred to the popular writer as “an iconic author and friend” on social media.

Dickey’s longtime publicist Emily Canders echoed those sentiments on Twitter adding, “As Eric’s publicist for many years, I’ll always remember what a kind, genuine person he was. Even when I was a young publicist (that definitely made mistakes here & there!) he was always so gracious. And it’s rare to find fans more loyal than his.”

Dickey’s 29 novels connected with audiences with his conversational writing style, which translated into more than 7 million copies of his books being sold worldwide.

The Memphis-born author did not set out for a career in the arts. After graduating from the University of Memphis with a degree in computer system technology, he left for Los Angeles to pursue a career in engineering, according to his personal website.

But through the urging of a friend, Dickey attended a writing class.

As he explained to NPR’s News and Notes in 2006, she dropped out and he stayed.

“It wasn’t until after I left Memphis that I got to L.A. and I was exposed to a lot of people who were in the arts,” Dickey said.

“And eventually, I landed in a writing class. I actually went to the class with a friend, who talked me into taking a class with her because she didn’t want to be the only African American in the class. And I went reluctantly, and I stayed and she dropped out. I took a lot of classes, I mean, and I would sometimes take class once a week.”

Dickey said that many of his earliest works, including 1996’s Sister, Sister, focused on the lives of a certain type of Black women because, he noted, there was a lack of “any true literary representation.”

“We’re talking about women who are educated, who are coming of their own, who, you know — so we’re writing these very contemporary stories that they can connect to right now.”

Anika Noni Rose, an actor and singer who voiced Tiana, Disney’s first Black princess in The Princess and the Frog, tweeted: “RIP #EricJeromeDickey. An open spirit. A genre shifting writer.”

Author Roxanne Gay referred to him as “a great storyteller.”

“I am deeply saddened to hear about the passing of Eric Jerome Dickey. His were some of the first novels I ever read about black people that weren’t about slavery or civil rights. He was a great storyteller.”

Netflix executive Jasmyn Lawson also weighed in on his passing, saying his books gave her and her friends “insights into pleasure and autonomy (RE the Black woman body) we wouldn’t have learned at school/home.”

Dickey is survived by four daughters, and due to coronavirus concerns, there are no plans to hold funeral services at this time, according to his publicist.

His final novel, The Son of Mr. Suleman, is scheduled to be released in April.

Writer Eric Jerome Dickey poses at the 12th Annual Los Angeles Times Festival of Books on the UCLA campus in 2007 in Los Angeles. Dickey died Jan. 3 after a long illness. He was 59. (Charley Gallay/Getty Images)