Home > Arts & Entertainment > 2021 So Black: 21 Black Films and TV Worth Looking Forward To

2021 So Black: 21 Black Films and TV Worth Looking Forward To 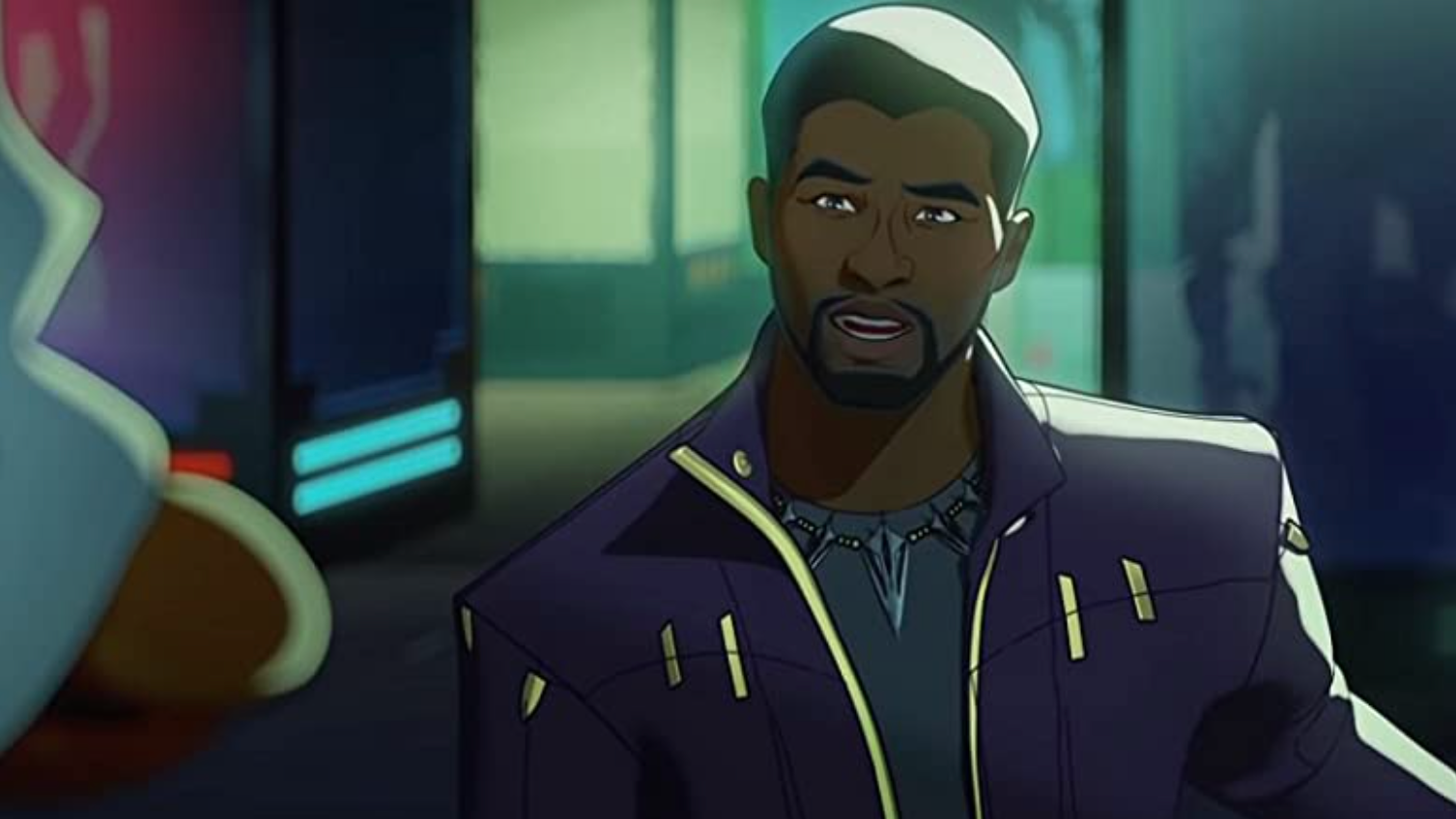 I’m sure you’re sitting at the tail end of 2020 right now thinking, “What do you mean ‘look forward to’?! I did that before and look what happened in 2020! I won’t be fooled again!” Hell, in fact, some of the content from our 2020 list got pushed to 2021 due to a little thing known as the global coronavirus pandemic. So, without further ado, here’s 21 Black-ass films and movies to look forward to…you know because it’ll be the year 2021 (and no, I’m not doing a list of 2,021 things).

Zola is the first project of this list that was a casualty of the “2020 pushback.” As an entertainment writer, it’s tough enough to have to sit on content you’re very excited to talk to everyone else about due to embargoes, but it’s another thing to have that wait extended over and over. It seems right for us to live-tweet this adaptation (I think?…Will we start calling tweets-to-film an adaptation just like any other film that comes from another written source story as a norm in the future?) just like we did when we first came across the wild-ass story’s origins on Twitter. Zola’s initial wide release date was sometime in the summer of 2020, but has now officially been pushed to June 30, 2021.

As I countdown to the release date for this much-anticipated flick, I can’t help but be wistful about the lost theater experience. Imagine the pomp and circumstances of the Black folks attending the opening weekend of Black Panther—but with more foolery. Coming 2 America will land on Amazon Prime Video on March 5, 2021.

We actually know little to nothing about this upcoming project other than the enticing movie stills and the following synopsis from Netflix’s press release: “Sam Levinson teams up with Zendaya and John David Washington for an achingly romantic drama in which a filmmaker (Washington) and his girlfriend (Zendaya) return home following a celebratory movie premiere as he awaits what’s sure to be an imminent critical and financial success. The evening suddenly takes a turn as revelations about their relationships begin to surface, testing the strength of their love.” After being very excited about seeing two actors I’m a fan of collaborating, I was then made aware (or reminded) of their notable age gap—Washington is 36 and Zendaya is 24. This gotta be addressed in the film, right?! Or is it standard Hollywood older-man/younger-woman fodder?

This is a movie we know even less about in terms of visuals—the only official thing we’ve gotten is a quick teaser of LeBron James in his Tune Squad uniform and a cool gaming initiative in partnership with Microsoft. What I do know is I expect the same number of cameos as in the original 1996 film, but with the modern star NBA players such as Steph Curry, Russell Westbrook, Kawhi Leonard or Kevin Durant. I also expect a lot of good-natured banter and shit-talking amongst them. Space Jam: A New Legacy dunks onto HBO Max on July 16, 2021.

Judas and The Black Messiah

Of course, Daniel Kaluuya’s casting as Black Panther Party chairman Fred Hampton sparked an ongoing debate on whether Black British actors should portray highly cherished figures in Black American history. Plus, the film is sure to inspire a lot of challenging feelings since it is told from the perspective of the FBI informant (portrayed by Lakeith Stanfield) who had a hand in Hampton’s assassination. We’ll all see how it pans out in the first quarter of the year. Judas and the Black Messiah will march right onto both theaters and HBO Max simultaneously (it’ll only remain on the streamer for a month) on Feb. 12, 2021.

The United States VS. Billie Holiday

This film has been through it, chile! The most recent big news is that Hulu acquired distribution rights. Paramount Pictures originally cooped the domestic rights (and spent dough on advertising and reshoots) out of Cannes Film Festival, but the sale didn’t actually officially close. Oh, Hollywood! After getting the chance to visit director Lee Daniels onset (more on that in the near future!), I’m looking forward to seeing how the final product for this turns out. The United States vs. Billie Holiday was originally slated to release in theaters on Feb. 26, 2021, but we’re still awaiting final word from Hulu on their release date.

Just as he’s the modern-day master of Black romance in film, Barry Jenkins has been giving a masterclass on marketing as the award-winning director has been giving little sneak peeks and behind-the-scenes looks at the upcoming limited series for a minute now. The series, for which Jenkins directs all nine episodes, is based on Colson Whitehead’s 2017 Pulitzer Prize-winning fiction novel of the same name. We don’t know the exact release date yet, but we do know filming wrapped in Sept. 2020 and it’ll be released on Amazon Prime Video.

Executive produced by Malcolm Spellman, this docuseries will unpack about 40 years of music history, including the dichotomy that is the criminalization of the genre coupled with the mainstream fascination with it (and profiting from it). Hip-Hop Uncovered premieres on FX on Feb. 12 at 10 p.m. ET/PT and will air two episodes each week over three weeks.

Sure, this isn’t a new show, but it’s like a new show because it’s a whole-ass new actress as the titular character! Javicia Leslie, took over for Ruby Rose, making her the first Black woman to portray Kate Kane/Batwoman in live-action TV or film. Season 2 of Batwoman premieres Jan. 17 at 8 p.m. ET on The CW.

One Night in Miami

I’m looking forward to everyone else getting to see Regina King’s feature directorial debut, which is a great display of ensemble performances by the four leads, Leslie Odom, Jr., Kingsley Ben-Adir, Aldis Hodge and Eli Goree. And while you wait for the release date, check out my phone interview with King and some of the cast/crew to get a better grasp on how the portrayals came to be. One Night in Miami hits Amazon Prime Video on Jan. 15, 2021.

So, I know Black Adam is an established character that was first introduced in 1945, but I can’t help but envision “Black Adam” as a character in an Issa Rae production and folks call him that because he isn’t White Adam. Oh wait, that kind of happened in Awkward Black Girl. Anyway! Dwayne “The Rock” Johnson, Aldis Hodge, Djimon Hounsou all-star in this film coming out Dec. 22, 2021.

No Time to Die

Here’s another film all of us thought was coming out in 2020. I just need to see Lashana Lynch serve up some 007-flavored ass-whoopin’ just so I can then wish her character (Nomi) had her own film. No Time to Die is now scheduled to be released on April 2, 2021.

We were also supposed to see this joint in theaters last year (hell, it was supposed to be The Root 100 2020 honoree Yahya Abdul-Mateen II’s next starring vehicle of the year after his success with Watchmen), but it was yet another film casualty of the pandemic. Candyman, starring Abdul-Mateen II, Teyonah Parris, Nathan Stewart-Jarrett, Colman Domingo, Tony Todd and Vanessa Estelle Williams, will now be released Aug. 27, 2021.

You know why I’m here. To see Billy Porter show up and show out as The Fairy Godmother, which Porter has confirmed is a “genderless” portrayal of the beloved fairy tale character. We don’t have a trailer or even official first-look images yet beyond a title card, but we do know the scheduled release date for Sony’s iteration of Cinderella is Feb. 5, 2021.

This year has been so long I legitimately had forgotten there was a trailer for this film (it came out at the top of the year, for one), the ninth of the Fast & Furious franchise. It looks just as ridiculous as I expect it to be, but everything is fine because… family. F9 debuts May 28, 2021 after being pushed from its original April 2021 slot.

This actually made my list because I randomly saw it on my social media feed this week and asked myself, “How did I miss a whole horror movie starring Chris Rock and Samuel L. Jackson?!” And it’s part of the Saw franchise?! I mean…again, so much has happened in 2020 that it’s easy for things to get lost in the sauce, so I get it. There’s clearly not enough buzz around this for my liking, so here’s some more. Spiral hits theaters May 21, 2021.

Fun fact—This movie was the last in-person advanced screening I saw prior to the lockdown and after leaving the studio theater, I was sooooo geeked to experience this delightful adaptation (from Quiara Alegría Hudes’ and Lin-Manuel Miranda’s stage play of the same name) with everyone (especially loved Anthony Ramos and Corey Hawkins). Then…I had to wait. And wait. In The Heights is now scheduled to be released in theaters and HBO Max on June 18, 2021.

We probably know the least about this project than anything else on this list. No, seriously, at the time of this blog post, the film’s IMDb page says, “the plot is currently unknown.” Or maybe THAT is the plot. Mind tricks! We do know Yahya Abdul-Mateen II has a lead role in the film and that’s all the reason to completely lean into supporting it (beyond the obvious support of Keanu Reeves, who is returning to the franchise) without knowing anything about it. Because Yahya. The Matrix 4 is slated for release Dec. 22, 2021, and it’ll be another theater/HBO Max combo.

There are two different high-profile Aretha biopics coming soon (the other stars Cynthia Erivo and will be part of National Geographic’s Genius series). According to Deadline, Aretha Franklin hand-picked Jennifer Hudson to portray her in a biopic, so that’s about as authorized as you can get. Plus, I’m really looking forward to seeing Marlon Wayans’s portrayal of Franklin’s first husband, Ted White. Respect hits theaters on Aug. 13, 2021.

The latest news is that we will get our Atlanta (FX) back for sure sometime in 2021. I know, I know. We’ve been burned before. How can truly trust that the third (and apparently fourth) season of Atlanta will actually come out in 2021? Well, if 2020 has taught us anything, it’s that we can’t be too sure what will happen. I know one thing, though. The theme of the second season (Robbin’ Season) will be extra relevant if U.S. citizens don’t get their damn stimmy.

I’m looking forward to this one because the concept alone—which basically turns everything in the Marvel Cinematic Universe on its head by exploring different hypotheticals with its popular superhero characters—is intriguing. Plus, Disney’s first look reveal of the upcoming series during Investor Day was quite emotional, as it featured the late Chadwick Boseman’s voice as T’Challa…his very last performance in the MCU. What If…? will debut on Disney+ in Summer 2021.