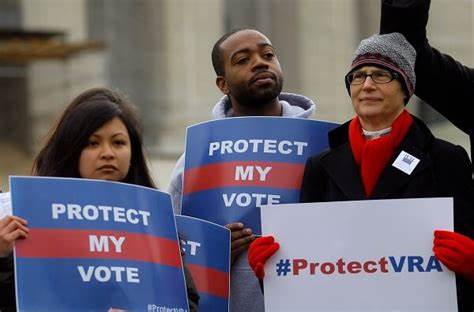 Tuesday was election day in America, but two experts warned of a bumpy road ahead in a recent media conference organized by California Black Media and Ethnic Media Services. Derek Tisler, an election specialist with the Brennan Center, said problems could come from several states that had passed new voter ID laws.

He warned voters to make a plan on how they are going to vote and to have their ID on hand, in case it is requested.

Even though the 2020 election has widely been called the freest and fairest in history, Republicans have pushed election fraud lies for almost two years.

“Despite the many challenges that election officials faced in 2020 with the pandemic and with record breaking turnout, federal officials and election security experts declared that election the most secure in history,” said Tisler. “We are confident that 2022 will have a similar outcome.”

However, there have already been reports of election shenanigans. In Jefferson County, Texas, some Black voters were made to repeat their addresses aloud and given more scrutiny than white voters. The Beaumont NAACP has already filed a lawsuit. And in Arizona voters complained there were shadowed by men wearing body armor and carrying assault rifles. The Justice Department is looking into this situation.

Tisler advised voters to report any problems or irregularities to 866- OUR VOTE.

Dr. Shirley Weber, Secretary of State, also gave her insights on California’s voting process. She said she was committed to making sure all votes counted in the upcoming elections.  She added that, unlike other states, California was trying to expand the voting process.

You can also track your ballot at Wheresmyballot.com.

However, there are still some people contesting the results of the 2020 election. Weber said she had noticed that many of them have pursued the battle through lawsuits.  She has been sued more than 50 times.

“They’ve all failed,” said Weber. In many cases, the litigants failed to provide evidence of election fraud.

“There’s nothing to them,” said Weber. “There is no there, there.”

Another disturbing trend she had noticed is violent threats directed at election workers.

Because of this climate, several of the older election workers are quitting because they don’t want to put their lives at risk. Weber said she was working to train high school students as a new generation of election workers.

However, she decried the current political climate.

“No one should ever be threatened for fulfilling their civic responsibility,” said Weber. “This is not an effort or career that should put your life at risk.”

Weber said law enforcement was on hand if things got as bad as they did in Arizona, where voters had to dodge armed militia members to cast their ballot.

“We don’t have people marching in front of our boxes with guns, with fatigue outfits, those kinds of things that we saw this past weekend in Arizona and other places. We don’t have folks like that,” Weber said. “If all else fails, we are prepared to basically call in law enforcement to make sure that they are safe.”