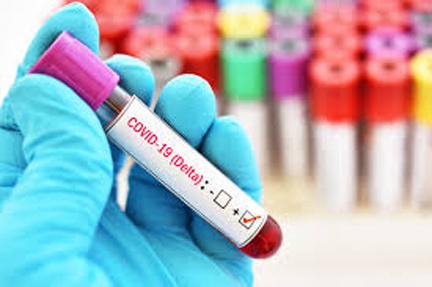 Nationwide — The coronavirus is behaving just like the monster in a horror movie; just when you think it’s dead, it gets back up again. The current variant of Covid-19, the Delta variant, is proving to be more virulent and deadly than previous versions of the disease. This is because the coronavirus constantly mutates as it comes into contact with the bodies of new hosts, who have no immunity.

According to Indian doctors, the Delta variant originated in the country because many people had not received the vaccine. The Delta variant was first identified in India in December 2020. The first American case showed up in March. In America, the disease is spreading because vaccination has become politicized.

Former President Donald Trump constantly downplayed the disease and disparaged mask use. He also denigrated scientists such as Dr. Anthony Fauci, the nation’s leading virologist. This has caused a situation where Trump supporters have taken vaccinations and mask avoidance as a sign of loyalty to the former president. As a result, the disease is again spreading — particularly in red states that voted for Trump.

“A study from the Johns Hopkins University Bloomberg School Of Public Health in Baltimore, Maryland, finds that states with Republican governors have experienced the highest number of COVID-19 cases and deaths during the COVID-19 pandemic,” according to Medical News Today. “‘Dr. Sara Benjamin-Neelon (senior study author) adds, “These findings underscore the need for state policy actions that are guided by public health considerations rather than by partisan politics.’”

However, since Trump seized control of the GOP he has inspired fear and devotion. Republican politicians dare not get on his wrong side and have followed his lead — even when it’s the wrong direction. The John Hopkins study also said this helped spread the disease in red states.

“Governors’ party affiliation may have contributed to a range of policy decisions that, together, influenced the spread of the virus,” said Benjamin-Neelon.

However, the United States isn’t the only country where the disease has become politicized. Brazil is considering impeaching its president Jair Bolsonaro because he bungled the coronavirus pandemic. Bolsonaro, a far-right conservative, downplayed the disease, even though he later caught it. He also refused a donation of Covid-19 vaccines. Now, more than 500,000 Brazilians have died from the coronavirus, which is the third-highest death toll in the world. (America still leads the world in Covid-19 deaths.)

Now doctors are warning of a possible resurgence of Covid-19 cases.

In Los Angeles County, healthcare officials have advised both vaccinated and unvaccinated residents to mask up against the disease. The Delta variant is now the dominant strain in the LA area.

“Since the Delta variant is more infectious than other variants, Public Health recommends wearing a mask around others in indoor spaces, regardless of vaccination status. Please stay safe while celebrating Independence Day,” according to a LA County Department of Health tweet posted on July 3.

However, the only thing that has proven effective against the Delta strain is Covid vaccines. And the facts are stark. Almost 100 percent of recent Covid-19 deaths are from unvaccinated people.

Fauci also said, “About 99.2% (of Covid deaths) are unvaccinated. About 0.8% are vaccinated. No vaccine is perfect. But when you talk about the avoidability of hospitalization and death, it’s really sad and tragic that most of these are avoidable and preventable.”