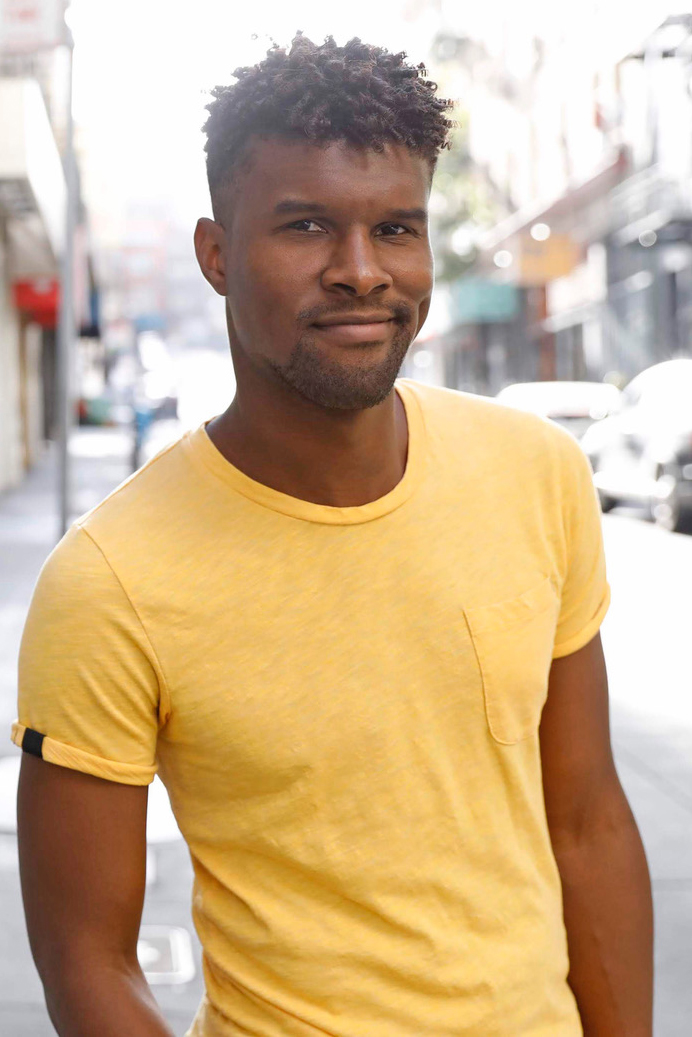 California’s “Your Actions Save Lives” art campaign recently unveiled two “Safety First” murals in San Francisco. The artworks, created by the Grammy-nominated visual artist Serge Gay Jr, were commissioned to encourage people to continue to take safety precautions against COVID-19 even though the state reopened last month, according to the governor’s office.

One is located in the Castro, the city’s renowned historical “gayborhood,” as it is affectionately called by some locals, and the other in the Tenderloin, near downtown — two well-known districts steeped in the Golden Gate City’s famous history of Leftist political organizing and the visibility of Lesbian, Gay, Bisexual, Transgender, and Queer (LGBTQ+) people.

The Tenderloin mural, which he dedicates to the city’s transgender community, was inspired by the idea of, “breaking free because during the pandemic, we were all just home and kind of stuck there,” said Gay.

The mural, he explains, emphasizes the feeling of being free, “once you get vaccinated you have that experience back again, that freedom of moseying around the city,” said Gay.

Gay’s second artwork is located at 2390 Market Street in the Castro.

Gay says he chose the Castro district strategically since the area has a history that is committed to the safety and protection of the LGBTQ+ community.

The state says the “Your Actions Save Lives” campaign equips Californians with information about what they can do to help stem the spread of COVID-19.  To get the word out, it partnered with The Center at the Sierra Health Foundation and 20 local artists across the state to reach communities that have been hit hardest by the COVID-19 pandemic.

“The project engages Latino, Black/African American, Asian American/Pacific Islander, Native American/Indigenous and LGBTQ artists and communities,” according to a press release from the governor’s office.

The arts initiative, organizers say, is designed to raise awareness of critical actions Californians have taken to help stop the spread of COVID-19, such as wearing a mask, washing hands, physical distancing and getting vaccinated.

“These accomplished artists are tapping into their culture and creativity to share empowering messages with communities that have been hard hit by COVID-19. Art has incredible power, and we believe these works will spark important conversations, connections and inspiration throughout the state,” said Chet P. Hewitt, president and CEO of The Center at Sierra Health Foundation.

According to Gay, he celebrates the Tenderloin for its inclusion of Black and Brown people. The message behind the mural places an emphasis on freedom of movement following the COVID-19 pandemic and encourages the public to get vaccinated, says the artist whose collaboration with film director Matt Stawski clinched him a Grammy nomination for “Best Short Form Video.”

“I wanted to really kind of also showcase our trends visibility,” said Gay.

“Being part of the LGBT community is just wanting to kind of have the opportunity to show diversity on everything,” said Gay.

As a third-generation artist, Gay wants Black people to recognize themselves in his artwork. When he sees artwork centered around Black people, Gay says, he often thinks to himself, “This is me, it resonates with me when I see another artist painting something that I can relate to.”

The fine artist attributes his artistic style (some critics have described it as graphic realism) — as well as his personal flair — to his Haitian culture and heritage as well as his upbringing in Miami, which taught him life lessons about the importance of community. As a Haitian American artist, Gay wants his work to indicate that Blackness is not a monolith. Gay pays homage to his Haitian roots through his artwork which celebrates various Black communities in the Bay Area — African Americans as well as African and Caribbean immigrants, he explains.

“I have this sense that everything is like a celebration of our culture, identity, and roots. So, I tend to put down a lot in my work, bringing the fresh immigrant story, almost like an outsider perspective,” said Gay.

Although there is misinformation and disinformation, Gay wants his work to reassure people that the vaccine is safe. Racial disparities in the healthcare system had a devastating impact on Black communities across the nation. Gay stressed that the number of lives lost due to COVID-19 in Black and Brown communities indicates that people need to get vaccinated.

An award-winning artist, Gay says the COVID-19 pandemic pushed various Black communities to, “come together to fight for a cause.”

He said it important for Black and Brown communities to “remember what we have learned through this and figure out how we move forward and how we deal with it the next time.”

Through his artwork, Gay takes on the responsibility of, “educating people to go back to what happened in the past and to learn from the past,” he said.