COVID Toll Nears 800,000 To Close Out Year Filled With Death 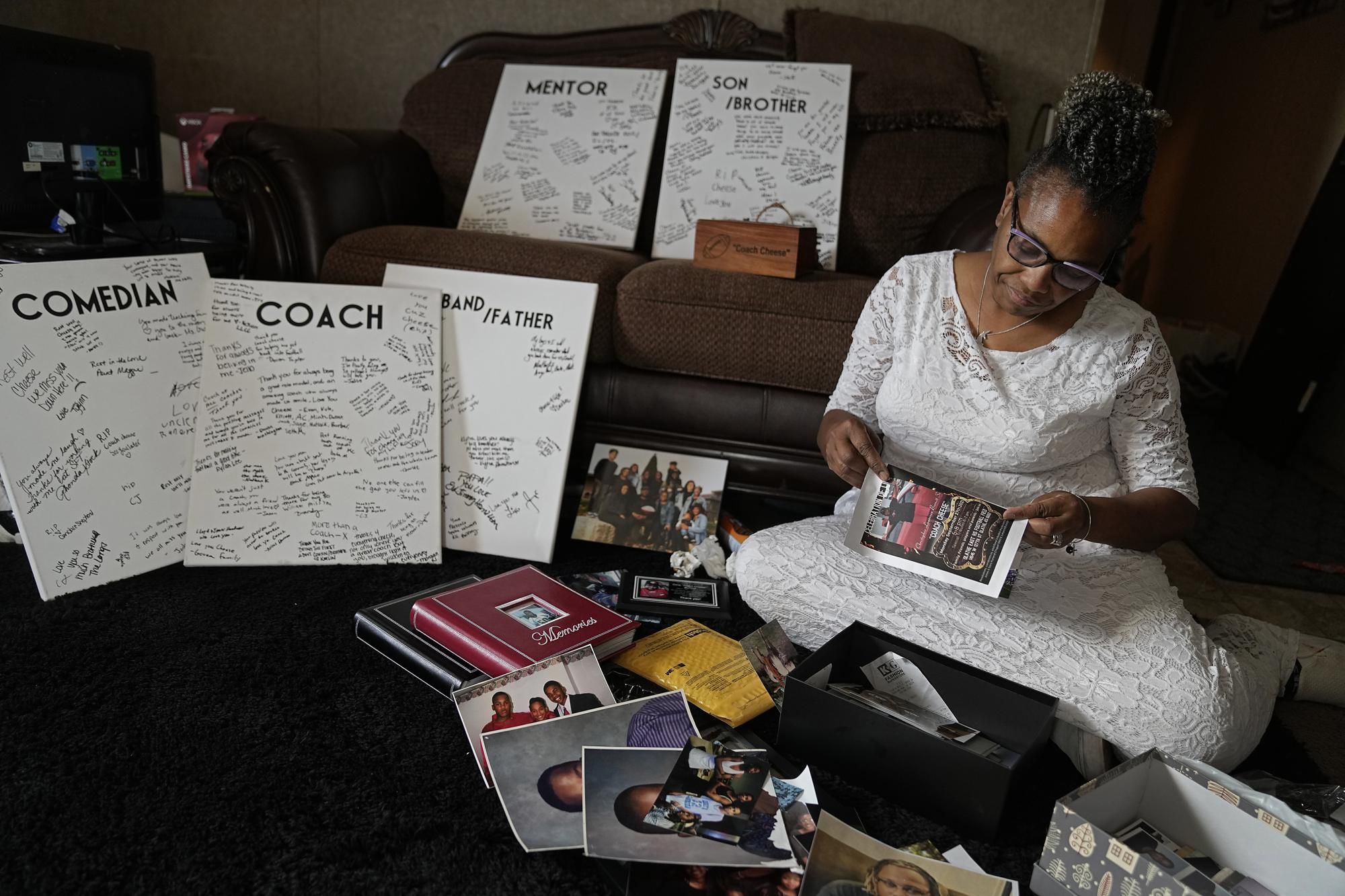 Mission, KA (AP) — Carolyn Burnett is bracing for her first Christmas without her son Chris, a beloved high school football coach whose outdoor memorial service drew a crowd of hundreds.

The unvaccinated 34-year-old father of four died in September as a result of COVID-19 after nearly two weeks on a ventilator, and his loss has left a gaping hole for his mother, widow and family as the holidays approach.

How, she thought, could they take a holiday photo without Chris? What would Christmas Day football be like without him offering up commentary? How could they play trivia games on Christmas Eve without him beating everyone with his movie expertise?

The U.S. is on the verge of yet another depressing pandemic milestone — 800,000 deaths. It’s a sad coda to a year that held so much promise with the arrival of vaccines but is ending in heartbreak for the many grieving families trying to navigate the holiday season.

For its Christmas card photo, the Burnett family ultimately opted to hold up a football presented as a memorial by the Kansas City Chiefs to represent Chris. Carolyn Burnett also set up a special shelf for the holidays, filling it with a drawing of her son, his bronzed baby shoe, a candle, a poem and an ornament of Chiefs quarterback Patrick Mahomes.

But nothing feels quite right this year.

“These emotions come and go so quickly,” she said. “You see something. You hear something. His favorite food. You hear the song. There’s just all these little things. And then, bam.”

The year began with the COVID-19 death toll at about 350,000 in the U.S., at a time when the country was in the throes of a winter surge so bad that patients were lined up in emergency room hallways waiting for beds.

But vaccines were just getting rolled out, and sports stadiums and fairgrounds were quickly transformed into mass vaccination sites. Case numbers began falling. By spring, nearly all schools had reopened and communities were shedding mask orders. TV newscasters began talking cheerfully about a post-pandemic world. President Joe Biden proclaimed the Fourth of July holiday as a celebration of the nation’s freedom from the virus.

It didn’t last long. Delta struck just as vaccination rates were stalling amid a wave of misinformation, devastating poorly immunized portions of the Midwest and South. Hospitals brought back mobile morgues and opened up their pocketbooks in a desperate bid to attract enough nurses to care for the sick.

“People have no idea,” said Debbie Eaves, a lab worker, who grew weary of the wave of death as she collected swabs from patients at Oakdale Community Hospital in Louisiana amid the surge. “Oh, no. They have no idea what it is to look and see, to see it.”

In Kansas, Carolyn Burnett begged her son, who went by the nickname Coach Cheese because of his love of cheeseburgers, to get vaccinated.

She thought maybe he was softening. When his dad got his first COVID-19 shot in August, Chris, a diabetic, told his mother he would discuss it with his doctor. But then one of Chris’ children got infected at a family sleepover and soon everyone was sick.

School administrators tweeted heartfelt condolences, praising his passion in coaching running backs at Olathe East High School. Tearful athletes paid tribute in TV interviews. The Kansas City Glory, an all-female football team that Burnett coached, asked fans to contribute to a GoFundMe fundraiser to help his children. And he was honored with an inspiration award at a ceremony that recognizes the region’s best high school athletes.

“We had so much support that you would think he was a celebrity,” his mom recalled.

Now, as the year ends, the delta variant is fueling another wave of hospitalizations, court battles are brewing over vaccine mandates and fresh questions are swirling about the new omicron variant.

Steve Grove has seen his share of coronavirus deaths in his role as a chaplain at Hennepin County Medical Center in Minneapolis.

Recently, one dying patient’s family gathered in a conference room. One by one they were taken to the patient’s bedside, while the other relatives watched on Zoom.

“The alternative,” he said, “is that you just, you just give up, and I guess most people in this building have too much faith in humanity.”

He acknowledged that he sometimes gets mad at unvaccinated patients because it “didn’t have to be this way. And now there’s a mess that perhaps was avoidable.”

“I’ll confess to it,” he said. “And I know I’m not proud of it, and I swallow it down and then I remember as a human being that my compassion reminds me that it’s still somebody’s loved one. It is still death and it still stings.”

Dr. LaTasha Perkins, of Georgetown University Student Health, is getting ready to take a job in January in a clinic that helps underserved residents of the community. She is Black and said she felt compelled to make the change after watching the virus devastate her family.

She has lost a great uncle, an aunt and a cousin to COVID-19, and she suspects the virus may have played a role in the death of her grandfather. When it struck her own household last December after she had gotten her first shot but the rest of her family wasn’t yet eligible, she spent sleepless nights watching her toddler breathe and took her husband to the hospital, although he wasn’t admitted. She never got sick and credits the vaccine. Her husband also later got the shot.

Still, maddeningly to her, only three of her six siblings are vaccinated. Some of the hesitation, she said, is rooted in the “horrible things done in the name of medicine to Black and brown bodies in this country.” She tells them: “If you’re worried about rich white people not caring about you, they’re lining up getting the vaccine.”

She has been unable, though, to get through to some of her relatives. It’s part of the reason why she started doing hesitancy talks specifically for African Americans in the D.C. area.

“For my own selfish reason, I don’t want to go to any more funerals,” she said, “and I don’t want COVID to come back in my house.”