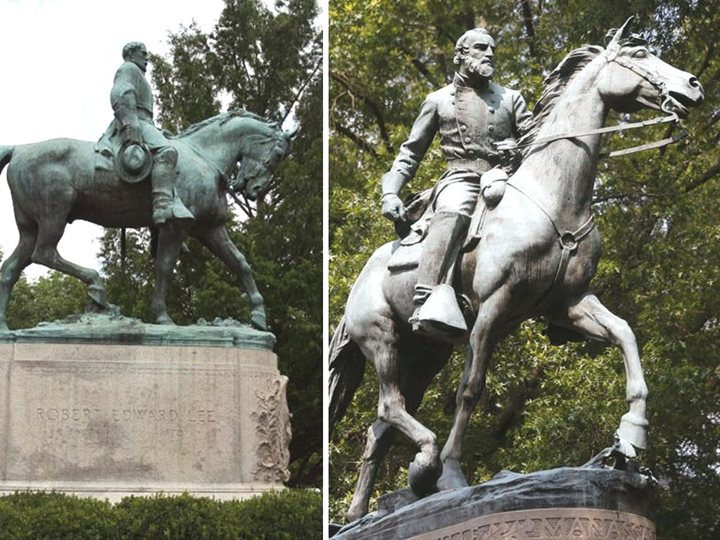 It’s a testament to how deeply embedded white supremacy is in this country that simply trying to remove statues of Confederate soldiers is met with so much pushback and red tape. It will always be strange that we have so many monuments to people who betrayed their country. It’s not like the founders were rushing to erect a monument to Benedict Arnold, ya know? In Charlottesville, Va., a years long fight to remove two Confederate monuments has finally come to an end as the City Council voted unanimously on Monday in favor of doing so.

According to WVIR, the vote came after a virtual meeting where multiple residents made their voices heard on the matter. “What needs to happen is clear, and it’s up to you to make the right decision. And there’s no opportunity left to straddle the fence. Which side of history do you want to be on? Which kind of ancestor do you all wish to be?” Zyahna Bryant, who has been fighting for the removal of the statues since she was teen, asked the Council during the meeting.

“We can tell our history without glorifying it. We can tell the history of the confederacy without saying ‘these are the people that we also put on statues and [rise] above everyone else to look down on other people,’” resident Daniel Fairley said during the public hearing.

I’m really going to need these people to read a book or something. I really don’t understand why The Whites™ are so obsessed with giant monuments of dead guys. If I wanted to learn about the Civil War, I’m not going to go to a monument just to be like “Wow, that guy was a violent racist. That’s crazy.”

The debate around moving the statues—one depicting Robert E. Lee in Market Street Park and the other depicting Stonewall Jackson in Court Square Park—has gone on for years, and the near-removal of the statues four years sparked the white supremacist violence of the “Unite the Right” rally. While the Council has voted to remove the statues, they cannot get rid of them immediately.

The state mandates a 30-day window for the city to offer the statues to a museum, historical preservation organization, or a battlefield. If no group comes forward to take the statues during that time, the city manager can have them removed and placed in storage.

Councilor Heather Hill told WVIR before the vote that while removing the statues would be a sign of progress, there is still work to be done in addressing the issue of systemic racism.

“I think that that’ll bring a lot of closure for some people. At the same time, there’s a lot of work yet to be done and I think we’re all committed to that work,” Hill told the news outlet. I don’t think that just statues alone are certainly solving, you know, many issues we have in our community.”