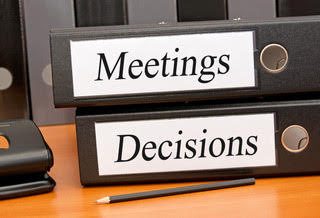 The California Task Force to Study and Develop Reparation Proposals for African Americans will hold its fifth and final meeting of 2021 on Dec. 7 and Dec. 8.

The meeting is open to the public and will be accessible by telephone or videoconference.

The founder of Crenshaw Subway Coalition, Goodmon will focus on infrastructure and Jones, co-founder of Baldwin Leimert Crenshaw Local Los Angeles Tenants Union, will discuss the impact of gentrification in Southern California.

“Arianne Edmonds will share the story of The Liberator, a (Los Angeles) newspaper founded in 1900 by her formerly enslaved great-great-grandfather Jefferson Lewis Edmonds,” Moore tweeted on Dec. 1.

Moore has also asked the public to provide public comments for discussions on topics, including homelessness, gentrification, and low-paying entertainment gigs.

California’s Assembly Bill (AB) 3121, titled “The Task Force to Study and Develop Reparation Proposals for African Americans,” created a nine-member commission to study historical injustices African Americans have faced in California and around the United States.

The task force is charged with exploring California’s involvement in slavery, segregation, and the historic denial of Black citizens’ constitutional rights.

These areas were covered with expert testimony during the two-day meeting held on Oct. 12 and Oct. 13.

California’s Secretary of State Dr. Shirley Weber authored the bill when she was a member of the state Assembly and chair of the California Legislative Black Caucus. Gov. Newsom signed it into law in September 2020.

The Task Force is charged with recommending the form of compensation that should be awarded, the apparatus through which it should be paid, and who should be eligible for payments.

With five meetings left, the recommendation must be submitted to the legislature no later than 2023. The meetings on Dec. 7 and Dec. 8 will start at 9 a.m. and be streamed live.

Moore, a Los Angeles-based attorney, reparations scholar and activist is chair of the task force, and the Rev. Amos Brown is the vice-char. Brown is a civil rights leader and respected Bay Area pastor whose

journey to leadership started under the tutelage of Dr. Martin Luther King Jr in the 1960s.

Other members are Lisa Holder, a nationally recognized trial attorney; Dr. Cheryl Grills, professor at Loyola Marymount University in Los Angeles; Assemblymember Reginald Jones-Sawyer (D-Los Angeles); Sen. Steven Bradford (D-Gardena) are members of the panel; San Diego Councilmember Monica Montgomery Steppe; Jovan Scott Lewis, chair of the Department of Geography at the University of California Berkeley; and Attorney Don Tamaki, an attorney best known for his role in the Supreme Court case of Korematsu v. the United States. Tamaki overturned the conviction of Fred Korematsu who refused to be taken into custody during the imprisonment of Japanese Americans in World War II.