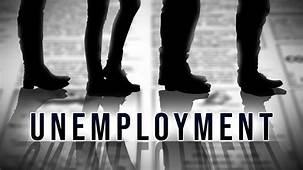 Officials in Sacramento and Washington frequently point to the low unemployment rate in the state and around the country as proof that the U.S. economy has recovered from the downturn experienced during the global COVID-19 crisis.

But the total unemployment rate for Black Californians seems stuck at almost three times higher than the national rate – despite steady increases in overall hiring of African Americans in the state.

A sharp drop in the national unemployment rate for all Americans – down to 3.6 % in February — brings the number of people without jobs across the United States to just one tenth of a point above the pre-pandemic level of 3.5% (February 2020), according to data compiled by the Bureau of Labor Statistics at the U.S. Department of Labor.

“At the height of this pandemic, the unemployment rate for Black people was 16.8% and from what we saw this month, it is down to 6.2%,” she said.

Overall, unemployment in California is also down from a pinnacle in 2020 during the peak of the pandemic. The state’s seasonally adjusted unemployment rate declined 10.5 percentage points from April 2020 to February 2022, from 15.9% to 5.4%.

According to the California Employment Development Department (EDD), the state’s economy has added 2,405,900 nonfarm jobs, “in effect, recovering 87.2% of the nonfarm jobs it lost during the COVID-19 recession.”

Although, Black unemployment in California has seen a decrease during the recovery period as well, it has not dropped to pre-pandemic levels, according to state officials.

Black unemployment was hovering at around 10 percent for the fourth quarter of 2021, according to the U.S. Department of Labor. At that time, California’s overall unemployment rate was 7.5 %, about two points higher than it was for February.

Although the unemployment rate for Black Californians is higher than the state rate, it continues to move downward.

Across the country, the unemployment rate for African Americans is also decreasing, dropping from 9.5 % in March 2021 to 6.2 % in March 2022, according to the U.S. Labor Department.

“It provided the resources to help us get through this pandemic,” said Rouse. “The management of the pandemic is fundamental and so integral to this strong labor market recovery that we’re seeing.”

Since 2021, growth in employment for Black Californians has been significant in three industries: Transportation and utilities, services, and the leisure and hospitality industries.

According to the EDD, there has been an increase of over 50,000 Black employed workers in the transportation and utilities industry, over 14,100 in other services, and over 13,700 in the leisure and hospitality industry.