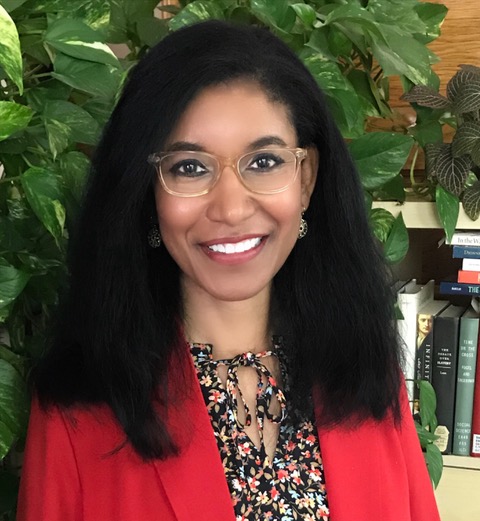 Dr. Carolyn Roberts, a professor at Yale University, provided to the California Task Force to Study and Develop Reparation Proposals for African Americans detailed descriptions, both verbal and visual, of the horrific experiences Africans endured during the transatlantic slave trade.

A historian of medicine and science, Roberts said the trauma descendants of enslaved Africans suffered during transportation to the United States was only the beginning of a “broken relationship” between African Americans and the United States’ healthcare system.

“It is important for us to recognize that many critical issues that we are wrestling with today have long, old, and deep historical roots,” Roberts said. “These include racial bias and disparate medical treatment, race-based medicine, and medical exploitation. In our historical analysis, we must consider not only American slavery and its afterlife, but also the transatlantic slave trade.”

The transatlantic slave trade was the “largest forced oceanic migration in human history,” a passage that was responsible for transferring between 10 million and 12 million enslaved Africans across the Atlantic Ocean to the Americas from the 16th to the 19th century, Roberts said.

A majority of the African people taken captive were young women and men who were on the cusp of starting families. This generation of Africans ended up contributing to the enrichment of the enslavers, Roberts said.

For the voyage, Africans were placed in tiers below the decks of cargo ships that would sail up to 5,000 miles across the ocean Roberts said to make sure that the enslaved stayed healthy for the duration of the trip and arrive to their destination alive, slave traders hired medical doctors.

“A majority of enslaved people who arrived in the United States arrived onboard British slave ships,” Roberts said. “British slave ship medicine was based on systemic violence and dehumanization. (The doctors) performed invasive and forced medical inspections. Women and girls were pinned down and their legs were held open so that doctors could see if they had previously borne children.”

Drugs, whips, and pistols were used by slave traders if the enslaved women and men did not comply with the medical practitioners’ orders. Roberts said it was common for doctors to assume that Africans had the capacity to withstand extreme physical pain.

Roberts was one of several experts that spoke during the public, mental and physical health segment of the two-day meeting held in January.

Roberts did not stop with the horrific details captured Africans suffered on the high seas. She forewarned the nine-member panel about a graphic image she was about to display. It was a black-and-white photo of a human cadaver on a gurney. Surrounded by White doctors, the image depicted a surgical examination being performed on a Black man.

These acts of inhumanity had an adverse effect on Black Americans, Roberts said, and the resulting cruelty and racism endured 157 years after slavery was abolished in the United States.

“So, a new management of healthcare enters the world. This is a form of healthcare where medical violence against Africans and African descended people became an acceptable normative, an institutionalized practice for over a century in the context of the British slave trade. This forced Black people into a unique and troubling relationship with Western medicine before they set foot in the United States,” Roberts explains.

“It also created a new understanding of the doctor-patient relationship, a relationship that was violent, personalized, extractive, and exploitative,” she argues.

Over the years, the enslaved Africans and their freed descendants learned to trust themselves by concocting their own medicinal formulas.

“They developed their own medical systems. They blended medical knowledge from Africa with medicinal plants in the Americas,” Roberts said. “However, they could not avoid White doctors who began to use their bodies to advance medical science.

Roberts holds a joint appointment in the departments of History/History of Science and Medicine, and African American Studies and a secondary appointment at Yale School of Medicine.

Roberts’s research interests concern the history of race, science, and medicine in the context of slavery and the Atlantic slave trade.

“It’s a sobering moment when we began to understand the health impacts of multigenerational racism and oppression,” Dr. Cheryl Grills, a member of the Task Force, said.

The Task Force to Study and Develop Reparation Proposals for African Americans will have its eighth meeting at 9:00 a.m. on March 29 and March 30.

To watch or participate, join the livestream here.