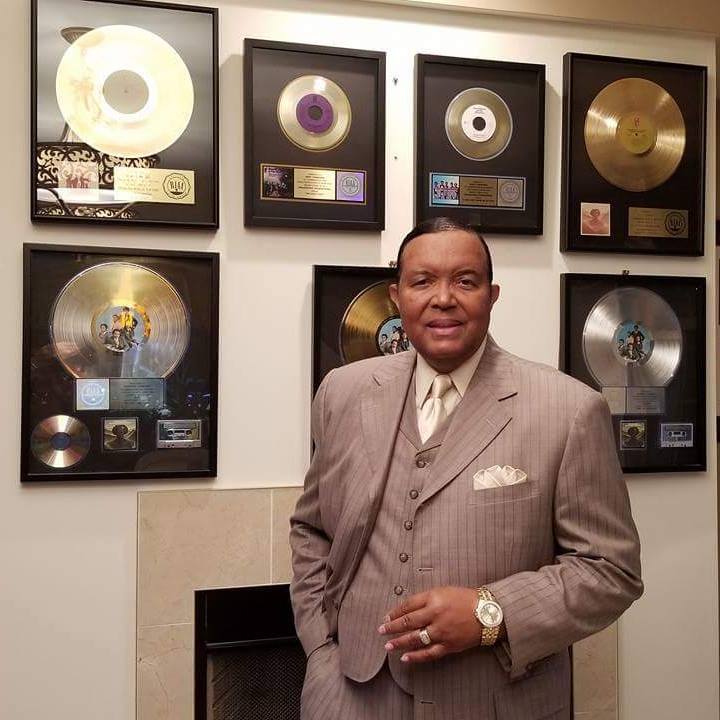 Jerry Cummings is a walking encyclopedia of Black entertainment history. Cummings, who was a singer with Harold Melvin & the Blue Notes, has spent more than 50 years in and around the entertainment business. He details some of his stories in his new book “From Gold to Glory.”

In a phone interview, Cummings says that he comes from a musical family and literally has music in his DNA. His grandmother was a great aunt of R&B legend James Brown and helped deliver him. He lived a few blocks from Brown in Augusta, Ga.

Cummings also grew up in the church, both singing and playing music. Eventually, he moved up north to Washington, D.C. and formed his own band. One day he was called to a meeting with Harold Melvin. Cummings said he was surprised when Melvin offered to sign his band.

But Melvin’s long-term goal was to recruit Cummings into the Blue Notes. And one day, he was summoned to a meeting with Melvin in Philadelphia, Penn. where he was offered a contract.

Cummings sang tenor with the Blue Notes and performed on several of their hit songs. As a member of the Blue Notes, he toured the world and went to places that he could have never imagined, such as London, England. It turns out that English people had a great love for R&B and Cummings says that the Blue Notes were more popular over there than in the United States.

He said they were mobbed by fans in England and had to travel in an armored truck.

“That never happened here,” he said.

With the Blue Notes, Cummings also appeared on “Soul Train” which he used to dream about. And he also rubbed shoulders with entertainment legends such as Richard Pryor, Smokey Robinson and Quincy Jones.

Cummings was with the Blue Notes when they moved Teddy Pendergrass from drummer to lead singer. It turned out to be a fateful move because Pendergrass turned into a superstar and also garnered the Blue Notes some of their biggest hits, such as “If You Don’t Know Me By Now,” and “Wake Up Everybody.”

But as Pendergrass’ fame grew, he became bigger than the Blue Notes. Eventually, Pendergrass left the group after several fights about money.

Cummings wasn’t surprised that Pendergrass left because his stature had grown so big, but he remained friends with the R&B legend and was happy about his success.

“I just knew he was going to take off,” he said.

However, Pendergrass’s departure from the Blue Notes was the beginning of the end. Things were never the same. Melvin tried to replace Pendergrass with other singers, but they never had the same magic. Eventually, Cummings left the group after he tired of life on the road.

He ended up taking a regular job working for GM Motors in Texas. He was surprised many of his coworkers recognized him and asked him to sign their records.

But eventually, Cummings returned to his true love music.

Cummings said that some of his favorite R&B singers are Luther Vandross and Boyz II Men. He even met the group at a studio in Philadelphia, Penn. and praised their work.

One of the group members, Wanya Morris, said, “Everything we learned, we learn from you.”

Now, at 70, Cummings is still active in the music world and works as a “music and life coach” who guides up-and-coming artists. He’s also promoting his book and hopes to tell more stories in a sequel. And there are plans of turning his book into a movie.

With decades of experience in the music industry, Cummings offers this advice to up-and-comers.

“You got to have spirituality in your life,” he said.

He also says one of the most important lessons he’s learned is to never give up on your dream.

“Never give up on your dream. It will happen if we don’t give up,” said Cummings.

He tells the story of a friend who was drafted to Vietnam and his last message to Cummings was to keep going with his singing career. His friend was later killed in Vietnam.

“That drove me to make it,” said Cummings.

From “Gold to Glory” is available at Amazon, Barnes and Noble and at www.fromgoldtoglory.com