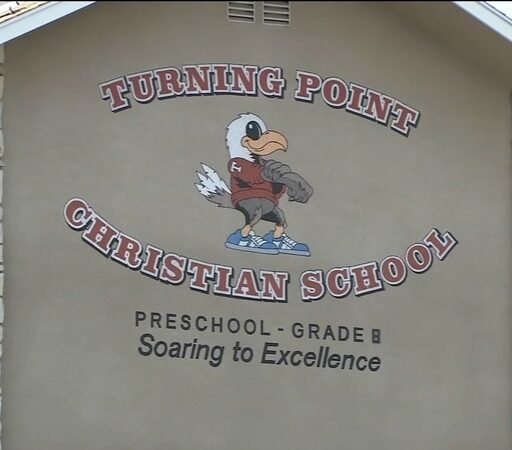 A Riverside County Christian pre-school has hit the headlines for all the wrong reasons.

In the video, which was shared on a messaging app, the teacher is seen leading the children in a chant that said, “What do we want to do with him (Biden?) We want him out!”

In an interview with ABC-7 Eyewitness News, Christina McFadden, whose child attends the school, said she couldn’t believe her eyes when she saw the video.

“I was just in shock,” she said.”I had to watch it multiple times to realize, is this really happening?”

McFadden was also shocked to learn her daughter picked up a message from the teacher.

“The first thing she said to me when I picked her up was ‘We want him out,’” said McFadden. “That was the great message she learned that day. Her first history lesson.”

She has removed her daughter from the school.

The video has since been deleted from the app. And the school has put out an apologetic statement.

“Earlier today a video was posted that has since been deleted as it did not share our school and church philosophy of honoring and respecting authority including those in government positions,” according to a message from the school posted on social media. “We are sorry for any misunderstanding this could of (sic) created. With courtesy towards the families of our campus and the children in the classroom I am asking you to please not share with others or post the video on any social media platform.”

Biden defeated former President Donald Trump in a bitterly contested election in 2020. Trump, a thrice-married former casino owner, received strong support from the Christian community. About 80% of Evangelical Christians voted for Trump, according to the Edison exit poll.

Although Biden defeated Trump by 7 million votes, many Trump supporters falsely believe the election was fraudulent. There has been no evidence provided to back up this assertion. The Trump campaign’s legal team lost more than 50 cases trying to prove election fraud. Trump’s Attorney General William Barr described his election fraud allegations as “bulls**t.”

Many Trump supporters, including Evangelical Christians, are fiercely opposed to Biden and his “liberal” policies such as supporting gay and trans rights.