Home > National > Biden’s Nominees of Color Facing More Intense Republican Scrutiny Than His White Picks. If Only We Knew Why

Biden’s Nominees of Color Facing More Intense Republican Scrutiny Than His White Picks. If Only We Knew Why 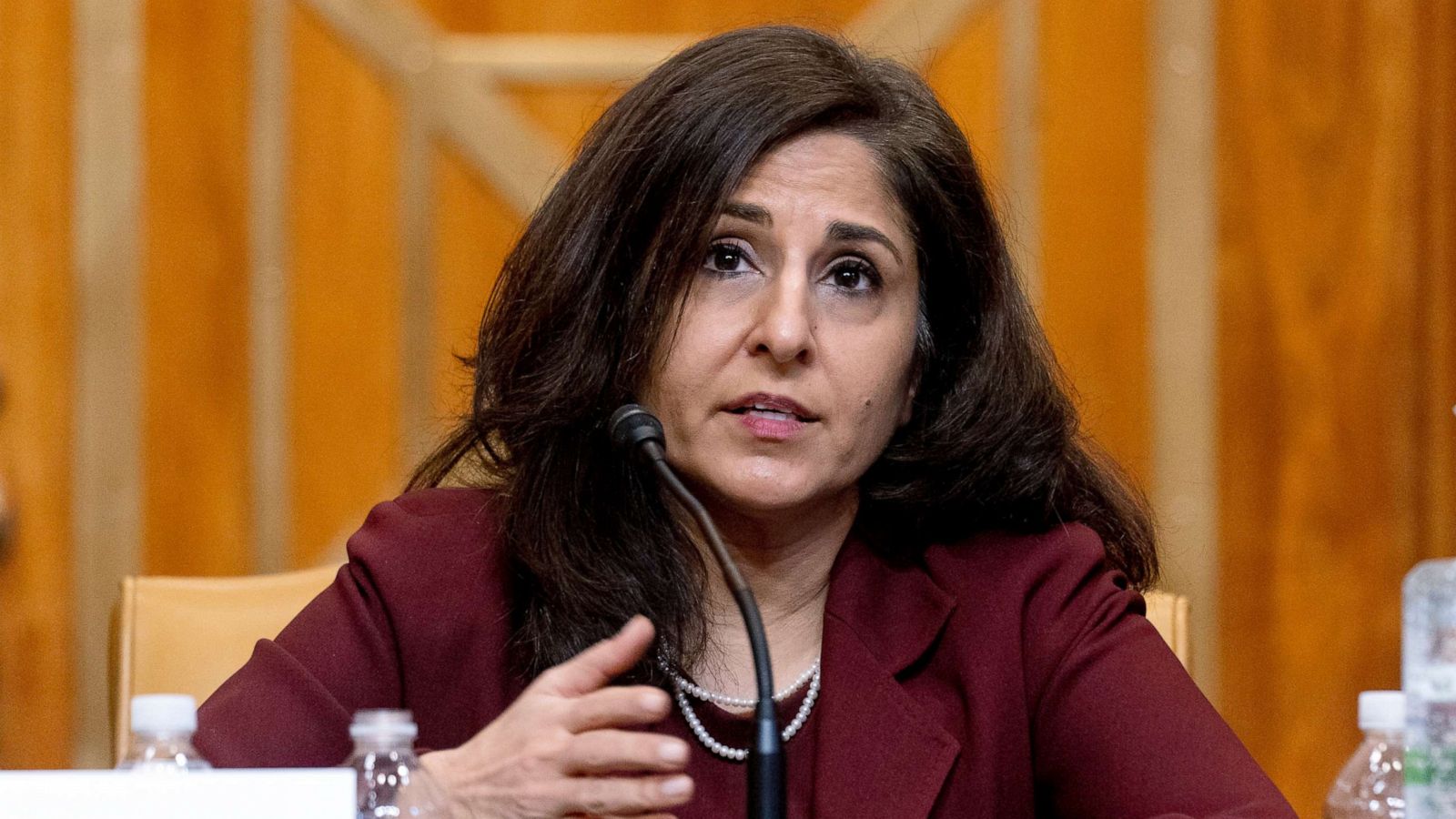 By: Stephen Crockett, Jr., The Root

It would be nice to live in a world where everything made sense. For example, I’d love to know why Taylor Swift is so popular in America, yet I don’t know one Black person who can sing three of her songs. I’d love to know why Colin Kaepernick doesn’t have a job yet a Trump-loving white boy can quarterback the Washington Football Team. It would be great to know why liquor stores in white neighborhoods are usually called wine and spirits but some things will just have to remain unanswered.

Because the answers provided don’t explain why highly qualified people of color still can’t get equal and fair treatment when seeking employment, and the explanation can’t just can’t be good old fashioned racism, can it?

According to HuffPost, President Joe Biden’s nominee’s of color are facing a difficult path to confirmation in the Senate compared to their white counterparts.

I can’t even find an authentic voice to try and report about this because it’s all bullshit. The Republican Party is fresh off four years of emboldening a white supremacist in the White House, so much so that it led to a white folks trying to overthrow the Capitol. For four years, the president of the United States led one of the most divisive hate campaigns that included bullying lawmakers on social media, and Republicans said nothing. Then when they finally had a chance to make it right and make sure that the Hate-monger would never be able to hold office again, they didn’t do shit.

But now that President Biden has elected Neera Tanden to lead the Office of Management and Budget, now Republicans have found their spine. If confirmed, Tanden would be “the first Asian American woman nominated to lead the agency, and she would be one of the most high-profile Asian Americans in the Biden administration” and her confirmation is up in the air over some funky ass tweets.

Democrat Sen. Joe Manchin, who, with the Senate being split equally along party lines, has become the most powerful West Virginian since whoever realized that Mason jars make good tabacky spit holders, claims that Tanden is too “toxic.” Shaky-voiced Sen. Susan Collins (R-Maine) similarly noted that Tanden’s tweets caused her concern.

“Neera Tanden has neither the experience nor the temperament to lead this critical agency,” Collins said in a statement, HuffPost reports.

Tanden’s tweets have taken aim at both the left and the right and earned her plenty of detractors. But she’s not the first nominee to have a social media trail. In 2018, the Senate approved Richard Grenell to be Donald Trump’s ambassador to Germany, even though he had a long history of posting rude and sexist messages on Twitter.

Manchin voted to approve Grenell. On Tuesday, he said the difference between the two was a matter of timing. After the Capitol riot on Jan. 6 ― which was carried out by Trump supporters ― Manchin said he believed the country now “can’t have that type of animosity.”

Rep. Grace Meng (D-N.Y.), vice chair of the Congressional Asian Pacific American Caucus, told HuffPost that if Tanden’s nomination doesn’t go through, it would be a huge blow to the Asian American community. She’s also worried that nominees of color are facing a different level of scrutiny.

“Are we changing the standards depending on who the nominee is and who they look like, and are we moving the goalposts on what makes a nominee qualified?” she asked. “These are questions that I had.”

Jennifer Lawless, a political science professor at the University of Virginia and an expert in gender and politics told HuffPost that if Tanden was the only one facing Republican scrutiny then it would be so bad, but as we know, racism and sexism follow a pattern.

“If it was just Tanden, I’d say her circumstances are sufficiently unusual that we might not want to generalize. But it’s not just her,” Lawless told HuffPost. “If you’ve got a handful of nominees who are either women or people of color systematically experiencing more hurdles and doubt than white men going through the confirmation process, that raises a flag.”

“That’s sexism and racism,” she added.

Rep. Deb Haaland (D-N.M.), the first Native American woman nominated to a Cabinet-level position, interior secretary, is under attack as a “radical” because she wants to address climate change (a goal of the Biden administration). And also for her tweets.

Civil rights lawyer Kristen Clarke, a Black woman who was nominated as assistant attorney general at the Justice Department’s civil rights division, stands accused of “reverse racism” against white people (not a thing) because of a misunderstanding over a letter to the editor at The Harvard Crimson she published as a college student. She’s also spuriously been called anti-Semitic, an accusation that attorney general nominee Merrick Garland beat back at his own confirmation hearing Monday.

Vivek Murthy, who served as President Barack Obama’s surgeon general, faced a contentious confirmation process back then for his belief that gun violence is a public health issue. Manchin was one of the Democrats who opposed Murthy’s nomination at the time. He has not yet said whether he will back Murthy to be Biden’s surgeon general. Murthy is also facing scrutiny for his consulting and speeches for corporations over the past year.

And Xavier Becerra, a Latino man and son of immigrants who is Biden’s pick to run the Department of Health and Human Services, is under fire because of his “controversial” views on immigration and his supposed lack of qualifications because he’s not a doctor. He is the current California attorney general and a former member of the U.S. House of Representatives, and would be the first Latino HHS secretary. (Previous HHS secretaries Alex Azar and Kathleen Sebelius were also not doctors.)

“I’m not sold yet,” Sen. Richard Burr (R-N.C.) told Becerra, who has been defending the Affordable Care Act in court, at his confirmation hearing Tuesday. “I’m not sure you have the necessary experience or skills to do this job at this moment.”

And stop me if you didn’t see this coming, but Biden’s white nominees have flown through the process without a hitch. So far, “Janet Yellen (Treasury secretary), Denis McDonough (veterans affairs secretary), Pete Buttigieg (transportation secretary), Tony Blinken (secretary of state) and Avril Haines (director of national intelligence) all faced relatively conflict-free confirmations. Lloyd Austin, who is Black, was also easily confirmed through the Senate with a 93-2 vote,” HuffPost reports.

Never forget that this is essentially the same Senate that approved everyone of Trump’s cabinet picks, including the grossly under qualified Betsy DeVos to be the secretary of education despite her inability to know her ass from a hole in the wall.

If only there was some superpower, something that Betsy had that these others don’t that could explain why she was approved…because it can’t just be racism, can it?