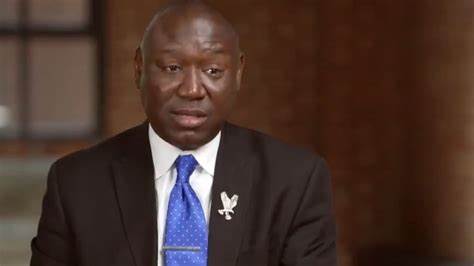 Civil rights attorney Benjamin Crump has filed a $100 million lawsuit against the San Bernardino Police Department on behalf of the family of Rob Adams.

The lawsuit was announced in December at a press conference in San Bernardino. Adams was killed in a police shooting last year. He was working at an Illegal gambling operation in the city when undercover police showed up in an unmarked car. Adams approached the car but turned away to flee when he released the car contained undercover police officers, according to a video.

The police officers claimed Adams was carrying a gun and shot him dead on the spot. A loaded handgun was later recovered at the scene of the shooting. However, Adams’ family claims that he was carrying a cell phone.

According to Crump’s office, Adams was shot seven times in the back while running away.

“Why is it the police think the most dangerous thing in America is a Black man running away from them?” said Crump in a previous press conference.

Crump is a personal injury lawyer who shot to fame by successfully suing municipalities for shootings involving African-Americans. He has represented the families of high-profile victims such as Breonna Taylor, Ahmaud Arberry, Trayvon Martin and George Floyd. However, now Crump sees himself as a civil rights attorney who is taking on injustices against African American in all situations.

“The survivors were previously in custody at some of New York’s most notorious prisons and jails, particularly Bayview Correctional Facility, Rikers Island, Bedford Hills, and Albion,” according to a press release. “The lawsuits represent the renewed pursuit of justice for survivors of sexual assault under the Adult Survivors Act, which created a lookback window beginning November 24, 2022 that will allow survivors to sue for civil damages regardless of the statute of limitations.”

According to Crump’s website, his client Jenny Mitchell used hair-straightening products for more than 20 years and later developed uterine cancer and had to undergo a hysterectomy.

“Black women have long been the victims of dangerous products specifically marketed to them,” said Crump in a press release. “Black hair has been and always will be beautiful, but Black women have been told they have to use these products to meet society’s standards. We will likely discover that Ms. Mitchell’s tragic case is one of countless cases in which companies aggressively misled Black women to increase their profits.”

According to the National Institutes of Health’s “Sister Study,” the use of hair dye and straightening products were linked to an increase in breast cancer among Black women.