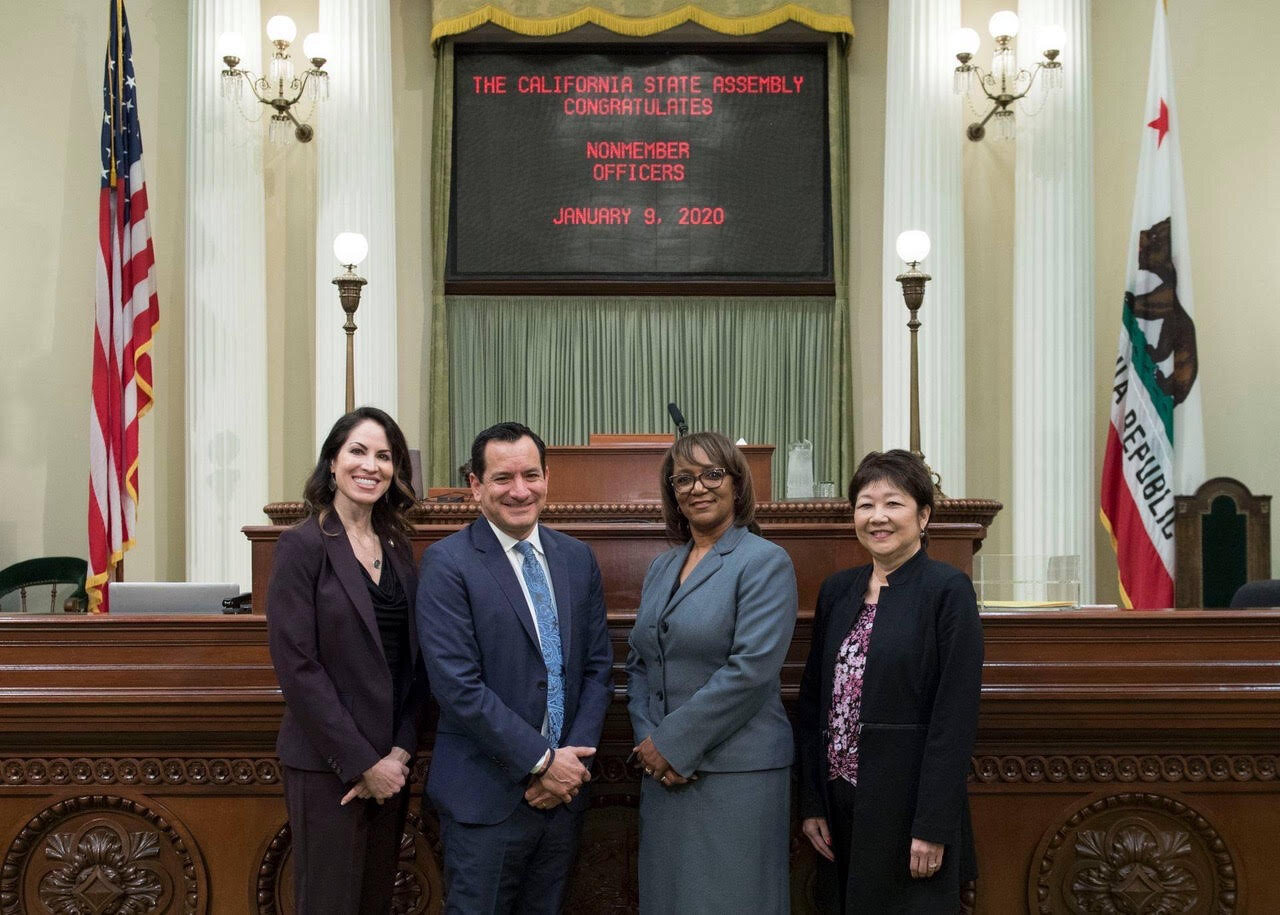 Statewide — The California Assembly made history last week when it elected the first woman to serve as Chief Clerk and Parliamentarian Jan. 9 for a two-year term.

The 80-member lower house of the state legislature voted for, then confirmed and swore in Sue Parker, a long-serving African-American public official, to the Assembly’s non-member, non-partisan role.

Parker, who lives in Elk Grove, is the 40th person to serve in the role since it was first created in 1849. She succeeds E. Dotson Wilson, who is also African American, after he retired in September.

“I’m humbled by this opportunity to serve,” Parker told California Black Media. “And I’m honored to be the first woman to do so.”

Before assuming her current role, Parker served as Assistant Chief Clerk. In that position, she ran the operations of the Assembly Desk, including updating legislative information on the clerk’s website. She began her career as a Senate fellow, and for the last 20 years, she has served in numerous capacities in that office. She was also the first female to be appointed Reading Clerk.

“It has not been an easy road for her. I’m so proud of this accomplishment,” said Taisha Brown, Chair of the California Democratic Party African American Caucus (CDPAAC). “It’s time that a woman got elected to that position and Parker is both qualified and prepared. It is a joy to see so many women stepping into powerful roles in the Democratic Party and the state government.”

As Chief Clerk, Parker is charged with publishing all official documents of the House, keeping a record of all proceedings and documenting legislation. She will also ensure that the legislative process is smooth, efficient and fair, and that members follow parliamentary procedure.

The same day Parker took the helm of the Chief Clerk’s office, the Assembly also confirmed two more women to the body’s other unelected roles: Alisa Buckley as Chief Sergeant at Arms and the Rev. Patti Oshita as Chaplain.

It’s the first time in California’s history that women have served in all three of the Assembly’s non-member offices at the same time.

“It was a historic day in the Assembly,” said Speaker Anthony Rendon (D-Los Angeles). “I know Chief Parker and Chief Buckley will bring knowledge and insight to their new roles.”